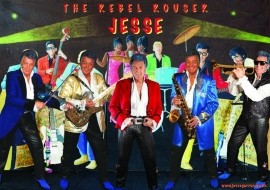 A true altruistic with a golden throat is one of the best concert attractions in Britain today Voted & Awarded Irelands most Exciting Showman & Artiste 2008, again in 2009 & best International Artiste, 2010.
: 0778842XXXX Click here to reveal
full number

When contacting this member, please state that you are viewing their Entertainers Worldwide profile.
Request a Quote
Share this Page:
Profile Views: 288
Report this profile

REBEL ROUSER JESSE
It isn’t often Royalty pays a visit to his subjects but Rock ‘n’ Roll fans of all ages will be out in force when JESSE GARRON and his spectacular Rock ‘n’ Roll & Rock-a-Billy Showdance rocks the ballroom of romance just back from Harrah’s Casino & Hotel 3475 Las Vegas Nevada USA
Starring Scotland’s veritable Monarch of Rock n’ Roll, this blue haired, yes! Blue Haired, unbridled sex & satisfaction Multi- Instrumentalist Legend REBEL ROUSER JESSE A true altruistic with a golden throat is one of the best concert attractions in Britain today Voted & Awarded Ire ... lands most exciting artiste 2008, again in 2009 & best International artiste, 2010. If requested and funds permit JESSE can be supported by his flawless ensemble of band & Dancers “The Wreckin Crew” use the word “tight” and you’ll be right. As for himself, the word is Presence he is a masterful showman, and as sensitive to the audience as a tuning fork is to a piano. JESSE has worked extensively in theatre and television, and as well as being a performer, he writes & also produces…His works in the past include [Legends in Concert] [Phil Spectors Wall of Sound] & [The Kings Of Rock ‘n’ Roll] now meet [REMEMBER THEN]. A show that chronicles all those great Rock n Roll & Rock-a-Billy classics and happenings from 1950 onwards; you will hear, not a sound alike! Or even, a look alike! just the fabulous 3 OCTAVE voice of JESSE he takes a note or a song somewhere you’d never expect and just simply blows your mind, he delivers an awesome collection of notes that would leave a normal set of vocal chords in shreds he sings them all, Rock, Country, Gospel you name it JESSE is the best, he is Mr Charisma and his showmanship is the closest to a Vegas show you’ll ever see outside Las Vegas. His concerts are not only musical events they are also hilarious social occasions. His hordes of feminine fans abandon all modesty in the presence of JESSE he thrills them to their white knuckles. The whirlwind set which will include the music of Bill Haley. Elvis. Fats. Buddy. Jerrylee. Eddie. Chuck. Roy, man, if he were to walk of the stage right now I guarantee none of the audience would demand a refund, That’s how good he is, this Showman seldom strays from the winners circle. The Everlys. Cliff. Billy. P.J. Del. And many other memorable stars from the 50’s, & 60’s. This show is a roller coaster ride of pure neuralgia oops sorry nostalgia. DUKES DIARY “TV & THEATRE CRITIC”
Telly fans may have spotted JESSE recently on TV in the SPAR & KIT KAT adverts where he appears & stars as ELVIS. In addition he’s currently writing the adverts for SPAR, KINGSMILL BREAD, TAYTO CRISPS, IBULEVE & UK BISCUITS more recently appearing on BBC1 “The Great British Summer” & every lunchtime on LTV singing the requests from the viewers.
THERE IS NOTHIN’ LIKE A JESSE SHOW, AND THERE PROBABLY NEVER WILL BE. DO NOT MISS HIS WINDING NOSTALGIC TRIP; HE IS GARRON-TEED BRILLIANT! For more information on JESSE www.jessegarron.co.uk
Please telephone or TXT’ 07788420101
Or just simply E-mail jamie@jessegarron.co.uk

Hi to all,
This is just a short PERSONAL message hoping it finds you and yours well. I'm sending this out to all the places I have Rocked and to all the places as yet, I haven't as I don't know how many of the ent's agencies will have survived this horrible pandemic. Please can you note my details for when we get the all clear. CALL....THE REBEL ROUSER JESSE ROCK N ROLL SHOW 07788420101 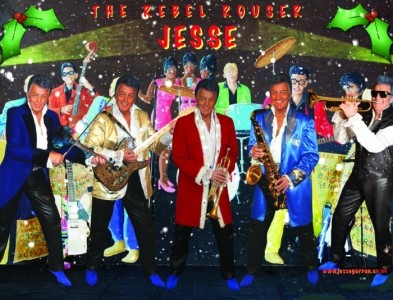 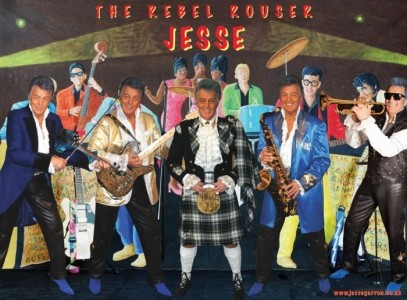 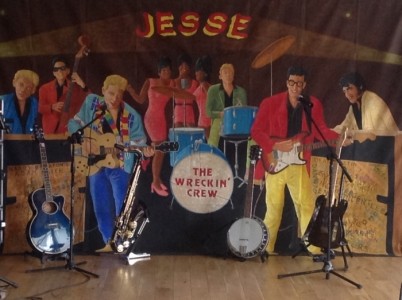 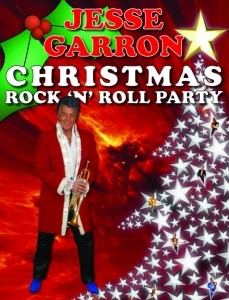 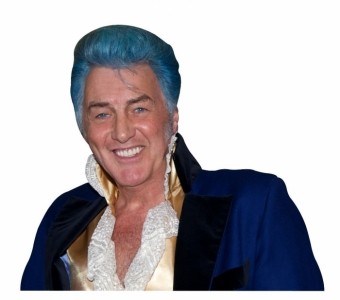 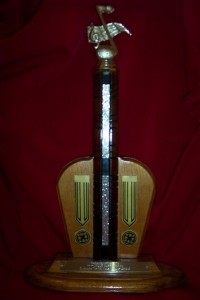 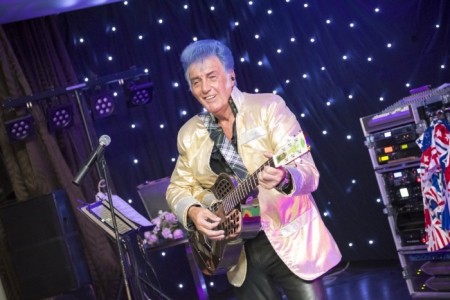 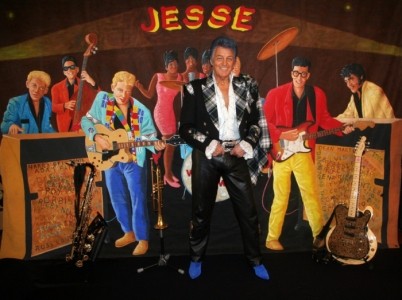 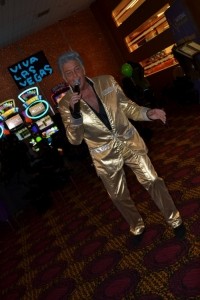 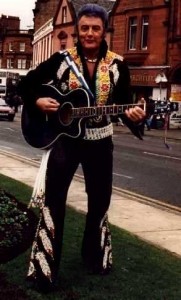