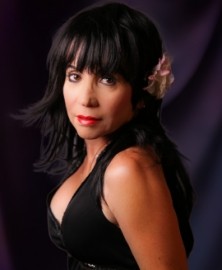 In the role of Linda Ronstadt is lead vocalist Donna Cristy. A powerful singer with a 4 octave range, Donna skillfully and emotionally delivers convincing recreations of the Grammy Award winner's recordings. Donna is a recording artist and songwriter in her own right and has toured the world as a lead singer and dancer. Her recordings consist of the hard rock "People Will Talk", the retro-funk-r & b offering "Come Hell Or High Water", house records "Trust My Love","Surrender" and "Hold Me Close" and her latest alternative rock CD "Just Another Day" with the band Hemlok Bay, all availabl ... e on Spotify. Her single from that album, "Do You Hear Me", was nominated for Best Rock Single with the Los Angeles Music Awards. She has several of her country songs playing in venues throughout the world. Donna recently joined the popular tribute band Led Zepagain at The Candlelight Pavillion for their "Symphony To Heaven" performance and sang duets "The Battle Of Evermore" and "Babe, I'm GonnaLeave You" with their talented lead vocalist, Swan Montgomery. Her versatility in style makes Donna the perfect fit to cover the diverse Ronstadt catalogue.
On bass is the talented Dave Whiston. Dave and Donna have performed
together for many years in different projects, including Donna Cristy And The Camel Tones. He has also spent 7 years as the lead guitarist for Rick Springfield and has played guitar with Billy Idol and John Fogerty. Dave is multi-talented and covers the bass and/or guitar parts for Tumbling Dice, as well as providing background vocals.
On lead guitar is Kevin A. Herrera, fresh from a European and U.S. tour with blues legend Guitar Shorty. A recent graduate from Musician's Institute in Hollywood, Kevin is an extremely talented and versatile young guitarist. Strongly influenced by folk, country and traditional Latin styles, he can play any style of music with his own personal flair. He has a dynamic stage presence and is also a songwriter and an actor, appearing in country music star Tim Hicks' video "Buzz, Buzz, Buzzin" and commercials for AT % T and Cinnamon Toast Crunch.
On keyboards and bass are John and Chris Barro, respectively, a father/son team who also works in the Los Angeles based Latin Old School band, The Donna Cristy Band.
Drummer John Carbone is a session drummer, teacher, and author whose career has spanned over two decades playing a variety of music such as jazz, Latin, dance, and rock. He teaches basic theory to students at four Southern California colleges as well as playing drums for their dance departments. Originally from upstate New York where he graduated from the Crane School Of Music, he has played Linda Ronstadt music for many years and is the perfect compliment to these other fine musicians.

Tumbling Dice
Poor, Poor Pitiful Me
When Will I Be Loved
It's So Easy
Blue Bayou
You're No Good
Different Drum
Heart Like A Wheel
That'll Be The Day
Hurts So Bad
Heat Wave
Try Me Again
How Do I Make You
Long, Long Ti'me
I Can't Help It If I'm Still In Love With You
Love Is A Rose
​I Knew You When
Silver Threads And Golden Needles
Lies
Just One Look
Ooh, Baby, Baby
Lush Life
You Took Advantage Of Me
Straighten Up and Fly Right
I'm a Fool To Love You
I Can't Let Go
Get Closer
The Sweetest Gift
Lo Siento Mi Vida
Back In The USA
​Desperado
The Only Mama That'll ... Walk The Line

I am a singer with a 4 octave range. I sing all styles, not just Linda Ronstadt and have a Latin/Old school band that plays around Los Angeles. I also have several releases, including an original Christmas song and another to be released this year. My songs are being played in venues all over the world and in movies and TV. 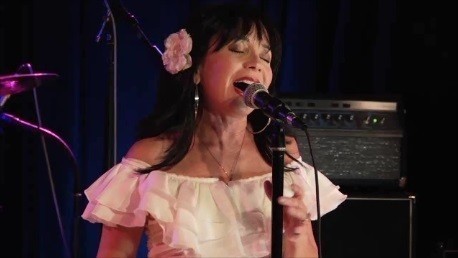 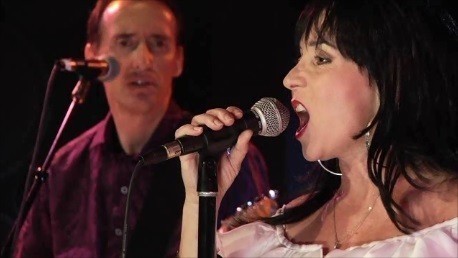 We've played casinos in Arizona, concerts in the park, and supper clubs. 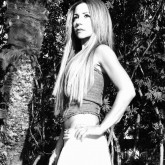