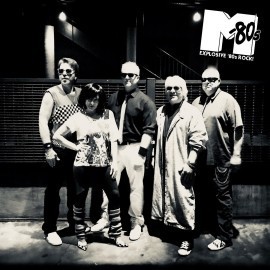 RE-LIVE THE FUN OF THE 1980S…THE BEST DECADE FOR MUSIC! The M-80s strive for an AUTHENTIC performance of your favorite ‘80s tunes. With us, you get a full instrumentation, tight harmonies, and a fun show!
Request a Quote
Share this Page:
Profile Views: 2479
Report this profile

The 80's are everyone's favorite era of music! Favorites like Michael Jackson, Journey, Bon Jovi and Poison made up the soundtrack for that generation and the standards for generations to follow. The M-80s take you back to the best music from the 1980s. Every song is an instantly recognizable hit, and you know every word to every song we sing. We're more than just a cover band; The M-80s are Birmingham's best, most authentic 1980's show band, playing the best pop, rock, and new wave hits from your favorite decade!
Our shows will take you "Back to the Future", so if you're looking to rel ... ive that ?80s experience for your club, wedding, high school reunion, party, or corporate event, contact The M-80s today!

Walk like an Egyptian
Raspberry Beret
Summer of ‘69
We Got the Beat
One Way or Another
Hysteria
You Make My Dreams
Take On Me
It’s My Life
Billie Jean
Faith
Jessie’s Girl
The Warrior
Jenny (867-5309)
I Love Rock-n-Roll
Separate Ways
Footloose
1999
Heart of Glass
Come on Eileen
Don’t stop Believin’
New Sensation
Don’t You Forget About Me
Take Me Home Tonight
Hit Me With Your Best Shot
Mony, Mony
Livin’ on a Prayer
Centerfold
Jack & Diane
What I Like About You
R.O.C.K. in the USA
On the Darkside
Your Love
Pour Some Sugar on Me
Love Shack
Mickey
G ... irls just Wanna Have Fun
Like a Virgin
Material Girl
Call Me
Any Way You Want It
Let’s Go
I Ran
Freeze Frame
Should I Stay or Should I Go
Stop Draggin’ My Heart Around
Time After Time
Purple Rain
A Hazy Shade of Winter
Hungry Like the Wolf
Nothin’ But a Good Time
Blister in the Sun
Heartbreaker
My Sharona
Hurts So Good
Our Lips are Sealed
I Want a New Drug
Jungle Love
Sweet Child o’ Mine

The M-80s are an ‘80s tribute act from Birmingham, AL. We play the best pop & rock from the 80s and turn it into a fun ‘80s -themed retro party. We’ve been around for a decade, and are a featured artist at a number of festivals, venues, and functions including an annual appearance on top of the Peabody Hotel in Memphis for their summer concert series and the Mattie Kelly Arts Foundation Music in the Park series in Destin FL. 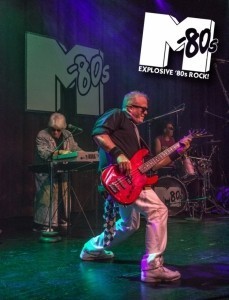 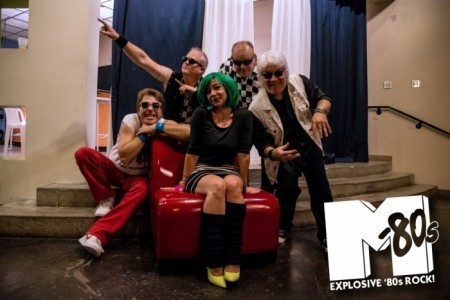 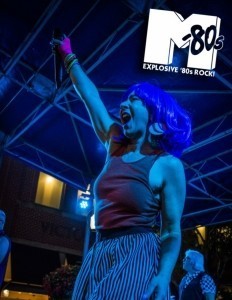 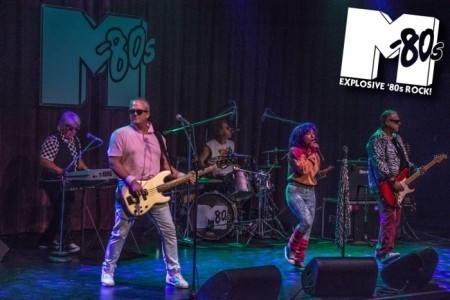 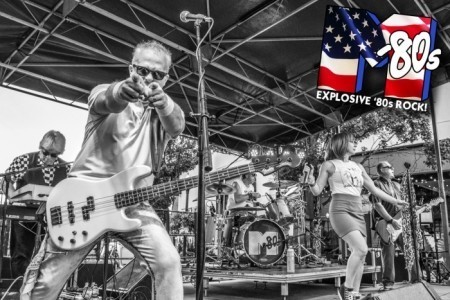 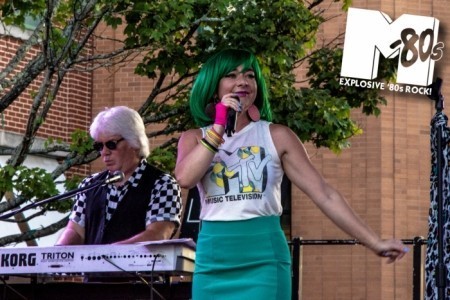 We specialize in recreating the sound and fun of the 1980s. That means costumes, instruments, sounds, songs, and fun. We've played festival stages and rooftop hotel parties, weddings, showcases, theaters, and bars. Each crowd is different and we feed off of that energy.

We are accommodating and friendly. :-)