I'm looking for:
near:
No valid location selected.
You Are Here: Rock & Roll Bands / United States / Texas / Harris / Houston / A Sure Thing

A Sure Thing is a Houston, Texas based, energetic, jaw dropping, chills up and down your spine, not your average, make you say, "OMG" five piece party band. With a lengthy list of varied music selections, we make any event an exciting and memorable occasion.
Request a Quote
Share this Page:
Profile Views: 2902
Report this profile 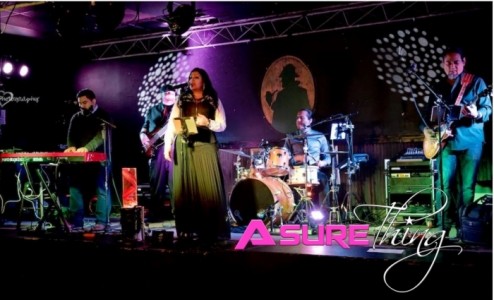 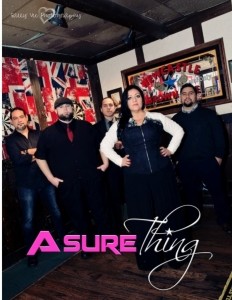 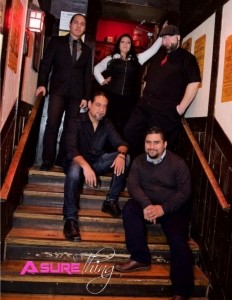 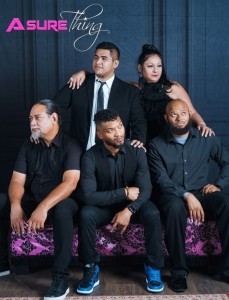 A Sure Thing is a Houston based, energetic, jaw dropping, chills up and down your spine, not your average, make you say, "OMG"  five piece party band. With a lengthy list of varied music selections, we can make any event a momentous occasion. Rock, pop, funk, soul, country, Latin, Tejano, and dance from the 70's to today's current hits, we will have you and your guests up and cheering, singing and dancing, reminiscing and romancing. Music connects us all, and music is what we do. That's A Sure Thing!

A Sure Thing is:
Angela Isart, Lead singer and Band Leader
Angela has been the lead singer for several local Houston cover bands since 2010. What surprises most about her voice is that she can belt out songs that are usually sung by men. Angela believes her wide vocal range stems from her years in church, high school, and college choirs as a first soprano where she was a principle soloist and part of the small ensemble. She received a scholarship for voice and attended San Jacinto College North and graduated cum laude with a Bachelor of Science in English Literature from the University of ... Houston-Downtown in 1998. A Sure Thing was founded by Angela, her bassist, James Langenbuch and guitarist, Miguel Thornton in late 2014 when the chemistry between them was noticeable during their formative years as the house band for the Concert Pub in Houston when they ran the open mic nights every Sunday for two years. She is most proud of her band and of the men who have had a major impact on her life musically as well as personally and is happy to be part of a talented musical group that she has nurtured into a family, dedicated and loyal to the group and one another.
James Langenbuch has been playing professionally since 1993 with both original and cover bands ranging from metal, country, blues, classic rock, dance, and now Tejano and Latin music with A Sure Thing. The first instrument James picked up was the saxophone, and he played for his high school band till he discovered the guitar at the age of 16. In the 1990’s, James was part of an original heavy metal band called Carnal Sin. He recorded and toured with them 1994-1995. It was when he discovered the bass guitar that he found his true love. James has taught bass to beginners and advanced students alike ranging in age from 5 years of age to over 50 at JP Music in Tomball, TX. James also keeps his skills honed by playing a little upright bass for kicks. His influences are: Larry Graham, Gezzer Butler, and Sting to name a few. James earned his degree at Klein HS In ’93 and received his certification in A+ coding and Web Design from New Horizons Technical School in 1998. James’ web mastery can be seen on the A Sure Thing website as well as other web pages he has been hired to design.
Miguel is one of the most versatile guitarists in Houston. He is extremely knowledgeable of music and music theory. He earned a degree in economics from The University of Houston in 1995. He teaches music to beginners as well as advanced music students at both Sessions Music and Clear Lake Music Lessons in Houston, TX. Miguel has been part of original bands as well as cover bands since 1986. He has been playing guitar since 12 years old when he was introduced to the instrument by his father. He has over 30 years of experience at guitar, but he also plays bass, drums, and keyboards. Miguel’s skill at the guitar has taken him to places as far as Africa and as big as Austin, TX to perform at SXSW, South By Southwest, one of the world’s largest music festivals and considered an essential destination for global professionals, featuring artists in film and music. Miguel’s philosophy on music can be summed up by a quote from Ludwig van Beethoven, “To play a wrong note is insignificant; to play without passion is inexcusable.”
Amado J. Garcia, Drums and Vocals
Amado has been playing drums for 15 years, though to look at him, one would never guess. He plays with a passion and experience of one far beyond his years. He toured with his parents at the young age of 10 bringing music ministry to people across Texas and Mexico. Amado is fluent in several instruments: keyboards, bass, guitar, accordion, bajo sexto, and trumpet which he played while in high school. He speaks English and Spanish perfectly. He knows music theory and currently gives private lessons in various instruments. Amado graduated from Sam Rayburn High School in Pasadena, TX, May of 2006. He attended San Jacinto College Central from 2007-2009 for Audio Engineering. He has two years of audio engineering instruction and eight years of performance experience in high energy bands, both cover and original, locally in Houston. He was able to exercise his versatility while performing at Howl at the Moon, a piano bar and sing along hot spot. Amado has had great influence musically with A Sure Thing bringing a fresh new perspective and genre to the group, Tejano.
Christian Baeza, Keyboards and Vocals
Christian is the newest member of A Sure Thing. He is a talented piano player and can provide a solo with just a glance from the band leader. Christian is also adept at saxophone, guitar, bass, and drums. He speaks both English and Spanish with ease. He’s been a musician with 17 years of experience, four of those years in marching and jazz band at Sam Rayburn High School. He studied music theory and composition and received certification in Audio Engineering at San Jacinto College where he graduated class of 2014. He gives private piano lessons to students of all ages and is the music liturgy director at Church of Hope in Baytown, TX. Christian’s skills in audio engineering have recently earned him recording jobs for singers and musicians alike. You can hear a six minute sample of Christian’s work in the A Sure Thing promo for 2017 when he recorded our live performance while playing keys.

A Sure Thing - Wedding Band - Houston, Texas Event Location: Houston, TX Event Type: Corporate Event 13th December 2017
A Sure Thing played our annual company crawfish boil this year and was a huge hit with everyone. Their variety of songs and stage presence was nothing short of AMAZING! We can’t wait to have them back in the coming years. Danielle Newcomer GDS International, LLC
Reviewed by: Danielle Newcomer
A Sure Thing - Wedding Band - Houston, Texas Event Location: Houston, TX Event Type: Corporate Event 18th November 2017
I was lucky enough to work in the VIP lounge so I was able to be right next to the Reliant’s Main Stage to experience your AWESOME performance! You guys totally rocked the stage! We will definitely keep A Sure Thing in mind for future engagements. Thank you so much for participating this year at Via Colori. A Sure Thing was definitely a highlight of the event and I’m so glad that you guys had a great time at Via Colori. I hope to reach out to you soon for future events.
Reviewed by: Celia Tran
A Sure Thing - Wedding Band - Houston, Texas Event Location: Missouri City, TX Event Type: Corporate Event 13th October 2017
You guys are awesome!!! We have a lot of different bands play at our spot but you certainly have made a difference. You can hear and see your expertise on each song plus the way you guys interact and make the audience feel part of the whole show is pretty amazing. Thank you for entertaining and taking care of our customers so good. Can't wait to see you guys again. Keep the fun and great music going!! P.S. We couldn't pick a better band for New Year's!!
Reviewed by: Citalli Maya
A Sure Thing - Wedding Band - Houston, Texas Event Location: Galveston, TX Event Type: Corporate Event 10th August 2017
"I have hired A Sure Thing for the past two years for my law firm's annual crawfish boils. At the last event, it was decided that no other band will do. I don't even need to try another one out. A Sure Thing is hired for as long as I hold this annual event. I tried recently to hire them for my cooking team's tent for the Pasadena, TX Livestock Show and Rodeo Cook Off, but they were already booked. Next Year!"
Reviewed by: Marco Gonzalez

A Sure Thing has played for audiences large and small in various venues in Texas and Louisiana. Corporate, club, casinos, hotels, public and private functions for audiences of all ages. What sets us apart from other cover bands in our area is that fact that we can play just about any genre: rock, pop, R&B, disco, funk, blues, country, classic rock, Latin, and Tejano. This makes us marketable to just about any venue or corporate event and we remain a busy, full band because we do what we do very well.
The events we have been hired for have turned out to be repeat business, and we have also b ... een able to book other parties and events because the people attending have asked for our band to perform at their engagements. 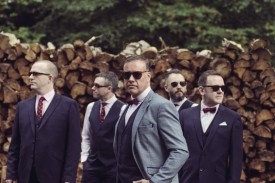 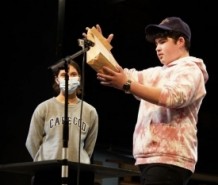 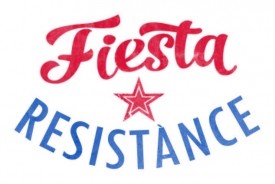 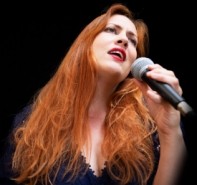 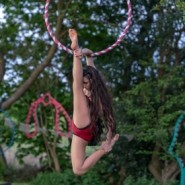