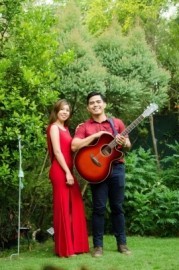 Alouz is a Filipino Acoustic Duo based in Davao City, Philippines.
Request a Quote
Share this Page:
Profile Views: 310
Report this profile

Alouz is a dynamic and versatile acoustic duo of outstanding
professionals who bring together outstanding vocal abilities and live music
entertainment that captivates the audiences’ attention immediately. With highly
versatile range: from warm and easy listening music, to relax and soothe the
audience, to full energy and up-tempo numbers, Alouz develops close
rapport and solid connection to the crowd. Because of their wide experiences in
various gigs, shows and groups, Alouz maintains a high quality and
professional presentation in their performances which is sure to attract, engage
... and entertain the crowd which keeps them coming back.
Alouz members are both highly experienced in the duo and has
uncanny ability to read the audience, which charms them and gets them to enjoy
the music all night long.

Alouz is a Filipino Acoustic Duo based in Davao City, Philippines. It started in 2015 when singer/guitarist Dennis Veras met female vocalist Mary Erionelle Labastida in a school leadership camp. Fueled by mutual interest in music, the two began performing in school aisle, lounge and in school’s special events. After college, they strived for small to great achievements in their chosen paths.
Mary was a teacher by profession back then. Meanwhile, Dennis worked as a marketing consultant in one of Davao’s best shopping mall. They worked hard and did their best, but that is nowhere near goo ... d enough. They burnt out. Sooner or later, both decided to follow their passion and chose a field where they can make a living.
It was never easy to start from scratch: every little thing was new and strange. Passionate and determined as they are, Mary and Dennis go through a lot of obstacles but had overcome them for they never took their eyes off of their goal.
For almost three years in the music industry, Alouz had been to different places with different people, ages, and personality. They are always open to learn new styles and have the natural ability to adjust own style to suit different music. With versatile range from smooth to upbeat music, they enthusiastically get the crowd’s attention which keep them entertained and stay a little longer. Alouz learned the most essential when performing on and off stage-connection. 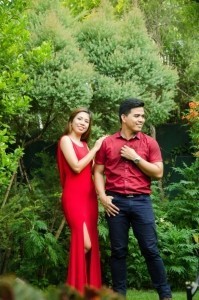 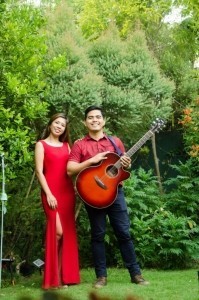 1) Senator Christopher Lawrence Tesoro Go
(Alouz we hired during the victory party of a successful senator in the Philippines.)
- known for serving as the personal aide of Philippine President Rodrigo Duterte from 1998 until being elected in the Senate on 2019
- appointed by the Philippines President as Special Assistant to the President from June 2016 to October 2018
2) Eduardo Bangayan
- Business man-tycoon in Davao City, Philippines
- Independent Director of Manila Mining Corp since 1989
- Chairman for Davao City Water District (2002)
- President for Summit World Group
- Independen ... t Director of 1st TRuBank, Inc. (2015)
- Director of Fuji Oil Philippines, Inc.
- Vice President of New Leyte Edible Oil Manufacturing Corp.