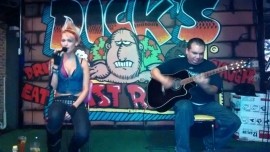 Acoustic duo that drives a high energy, request driven show that encourages audience participation, clapping, singing along and dancing to all genres of music from the 50's to now!!
Request a Quote
Share this Page:
Profile Views: 372
Report this profile

Des and Greg is Desiree Segura (Vocals/Djembe) and Greg Galindo (Guitar/Vocals). We play everything from the '50's-now and let the crowd decide what we play, for the most part, all while encouraging them to sing along, dance and clap along. By doing so, we keep the crowd entertained from start to finish. We can also just do a regular show if a request driven show isn't what you're looking for.

Desiree K. Segura (lead vocals/djembe) Desiree began singing at an early age and haven't stopped since! After high school, she stuck with more classical forms of music and became one of the first members of Oregon State University's premier all female a cappella group, Divine. After college, she continued performing anywhere and everywhere, providing guest vocals on tracks and making special appearances at local venues. Since moving to San Antonio, Texas in 2013, she continued persuing the music scene, appearing mainly in an acoustic duo (with Greg Galindo). Currently, she's moving forward wit ... h gigs around the city as well as pursuing a project with a band with Greg Galindo (Guitar/Vocals).
Greg is also born and raised in San Antonio, TX. After graduating high school, Greg recieved a scholarship to the prestigious Berklee College of Music in Boston, MA, where he obtained his music degree in 2004. While living in Boston, he was the guitarist in the regionally famous party band, Plaid Daddy, where he toured the east coast for 3 years, playing 5 nights a week, including Montreal and the casino cruise ship, Horizon's Edge. Greg then moved back to San Antonio, TX in 2004 and played 5 nights a week in the house band at Dick's Last Resort on the River Walk, playing a total request driven show, for a few years. Then, Greg got hired as an entertainer at the popular piano bar (Greg also plays piano, bass and drums), Howl at the Moon, where he has been for 7 years, where the night starts out as the traditional request driven show and changes to a night club-like vibe, with all current music, at the end of the night. 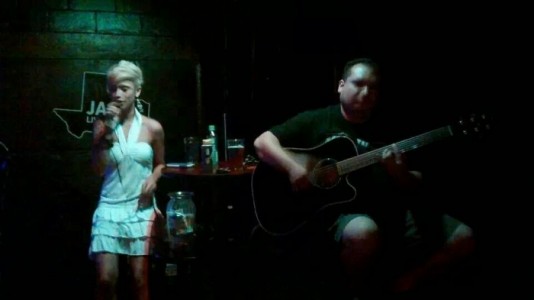 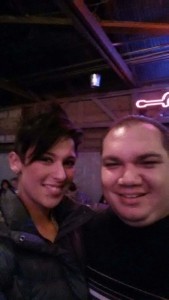 Des and Greg have had their acoustic duo for a few years now and have played bars, private parties, corporate events, weddings, birthday parties, etc...and have adjusted their show to the client's needs. We have developed a bit of a following and keep our audience entertained from the start, to wanting more, at the end.