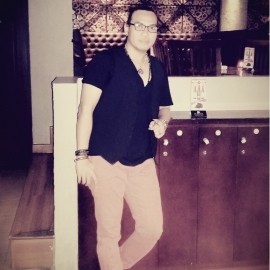 (no reviews)5.0
Country: Indonesia
Based In: Indonesia
Performs: Worldwide
From: Contact

Talented keyboardist has been in existance overseas,back to the country in order to dedicate his musical abilities,play almost all genre including some classical part,well known as a mature session player and play with many local and international bands
Request a Quote
Share this Page:
Report this profile