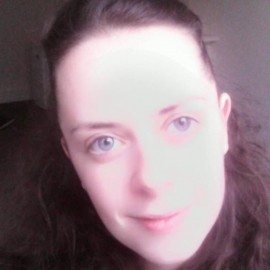 I am a singer-songwriter and currently solo artist my style has so far evolved through folk, blues, celtic and country in style with elements of other genres too.
Request a Quote
Share this Page:
Profile Views: 182
Report this profile

My music is written from a place of wanting to touch and inspire people deeply whilst also wishing to lighten mood.
My music style has been evolving, it started as very much folky, with perhaps a little sense of traditional celtic style. It moved into a sort of country and bluesy vibe after and more recently I've begun to also explore a little bit of ska/reggae style. I like to bend genres into being distinctively mine and not quite following the "rules" - after all creativity isn't about rules it's about exploration and creating new things nobody has done before.
Almost everybody who f ... eeds back says that my voice is unique and angelic; and that they were deeply touched and grateful to have heard and felt my songs. I like to inject passion into my voice and perhaps explore theatrics a little bit more and more.
It is my dream to share my music with the world.

I have a story as everybody else does. The bare essentials are that I have always been musical. As a child I possibly could have been a child prodigy had my parents been different people. As they were not I was very restricted and regimented in my childhood musical training in piano.
Having forgot how important music was to me, in 2012 it suddenly came back the words I felt *need* to write down, that rhymed, and the tunes that kept playing through my head. I impulsively bought a guitar on a friday, fashioned my first song and recorded it on my phone over the weekend and dropped out of law ... school on the monday in order to commit myself to music. That first song taught my first 3 guitar chords which at the time I had know idea what they were called just that they sounded nice in progression together. 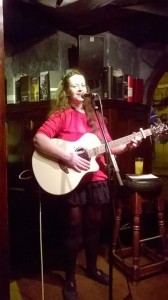 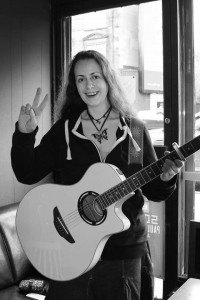 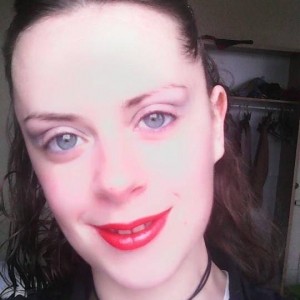 As a child I did some piano recitals - however I currently am unfamiliar with piano.
As a child I also sang some covers of beatle songs at a fundraiser event.
As a child I was involved in arts and drama events with my school.
As an adult, I began my circuiting of pub gigs and open mics in January 2013, in Edinburgh. In August 2013 I sang an hour long set of my own songs in Edinburgh Fringe Festival. In 2014 I widened my circuit of pub gigs and open mics to cover various towns through the central belt of Scotland and in Edinburgh and Glasgow. I went to Holland in April 2014 and played a sma ... ll private concert at a dinner party followed by a small appearance at a Theatre in Amsterdam called Mezrab.
On my return I dropped out of gigging for a while. In September of 2014 I recieved an email from a radio station based in New Jersey asking for tracks, because fans are requesting me on their station. I had no tracks to send them until January 2015. My demo ep aired on that station - hamiltonradio,net - on the 30th of September at 10pm EST.
On the 14th of March 2015 at 9pm GMT my track "Mine" aired on a london based radio station called Back2BackFM.