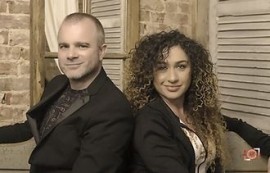 An experienced acoustic duo featuring artists who have entertained at weddings, parties and events across the UK and around the globe. Relax and enjoy an evening's entertainment with scintillating vocals from Havva and Richard's upbeat guitar arrangements.
Request a Quote
Share this Page:
Report this profile

Lush Tones are an experienced acoustic duo featuring artists who have entertained at weddings, parties and events across the UK and around the globe.
The band can play a variety of songs from artists including Amy Winehouse, Stevie Wonder, The Police, Rihanna, Roberta Flack, John Legend, Michael Jackson, Bruno Mars, Chris Stapleton, Wilson Pickett, Ben E King, Marvin Gaye and Bob Marley.
Services include an acoustic duo, an acoustic trio and the band can also be upgraded to a four or five piece electric act upon request.

Havva broke into the UK music scene in 2015, when she co-wrote and performed in the title song for the VMA-award winning film Brash Young Turks.
​She followed this in 2016 with her ground-breaking female version of Justin Bieber’s ‘Love Yourself’, which has attracted millions of streams on Spotify and social media.
​Singer-songwriter Havva has also travelled the world while fronting the house band on one of the world’s most prestigious Carnival cruise liners.
​Havva cites Lauryn Hill, Michael Jackson, and Whitney Houston as her musical influences and has spent years honi ... ng her skills to become one of the most versatile singers around.
A multi-instrumentalist, Richard can sing, play guitar, bass guitar and keyboards and founded the Lush Tones in 2018.
Richard has carved a niche on the UK live music circuit after co-founding an originals band, the Dark Rooms in 2011, where he played lead guitar.
Since then he has worked as bass player for the singer-songwriter Jessica Murae, as well as for established cover groups including The Fantastic Elastic Band and Slap.
Richard has entertained at weddings, parties, clubs and pubs across the country and at venues including The Cutty Sark, Ronnie Scott's nightclub and even a top secret military base. 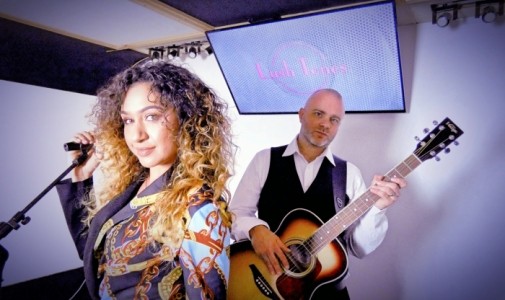 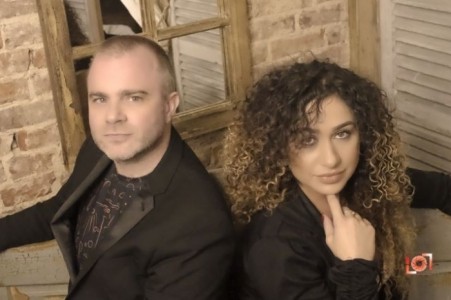 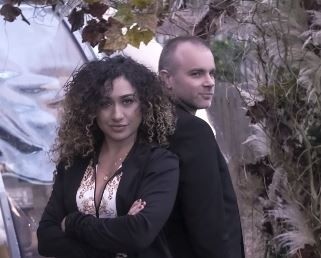 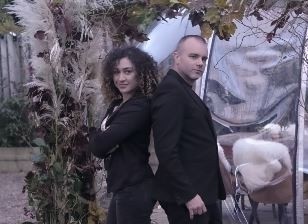 We will perform an acoustic gig for you from a professional studio, lasting up to two hours and based on our upbeat set list.