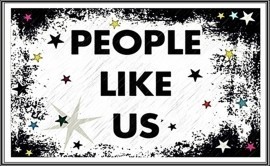 An exciting and unusual semi acoustic party covers band, perfectly suited to play lively bars and festivals where the atmosphere leans towards lots of singing, dancing and general mischief!
Request a Quote
Share this Page:
Profile Views: 448
Report this profile

Fun, friendly and professional, People Like Us are an experienced three piece band who bring something a bit different to the party. Having re-worked some of the best known songs to fit to a piano, cajon & bass or acoustic guitar, we have a unique sound, often putting our own twist on some of the most popular songs ever written. We fully encourage our audience to join in with our mischief and banter, and most definitely to get up and dance and sing a long with us!

'People Like US'
We are an unusual semi acoustic trio playing a wide range of material suitable for all occasions from birthday celebrations, weddings, pubs and clubs, dinner dances, festivals, charity events and more!
Why are we unusual? Firstly, our line up is rather odd! We have a piano, cajon & percussion teamed with either an acoustic guitar or a bass. Add in 3 vocals and some cheekiness on stage, we engage our audiences and invite them to participate in our banter, sing along with us and generally feel that they have made some new friends for the evening! Equally though, if we ar ... e required to be well behaved and play quietly in the background, we can do that too!
Since forming in March 2016 we have worked hard to build our reputation for being a little bit different to 'normal' covers bands. With the absence of the traditional Drums/Bass/Lead Guitar and a singer up front kind of line up, it has been a challenge to re-work some of the most well known songs to make them fit a piano/guitar based musicality, but we have the advantage of 3 vocals to help fill in the gaps! Most people will know most of the songs we play, but we have tried to steer away from the usual repertoire consisting of things like Mustang Sally, Summer of 69, Stuck in the Middle etc.. Of course, we can play these 'standards' if necessary, but we prefer attempting songs that perhaps other bands wouldn't normally do, and certainly not in the way we play them. We have become better musicians all round for trying things that actually, might be a bit bonkers – like the full version of ELO's Mr Blue Sky without a full band, orchestra or choir, and yet, somehow, it works! (Or so our audiences tell us..!)
We are also really good friends. We genuinely get along both on and off stage and have a great time at gigs. As all bands know, this is a much harder job than an audience might realise, and often wouldn't be worth the hours of practice, travelling, heavy lifting, long hours and late nights if we couldn't enjoy it. We always extend the enjoyment of our performance to our audience, break down the 'us and them' barrier and involve everyone in our night as if they were part of the show. After all, everyone is out to enjoy the evening together! 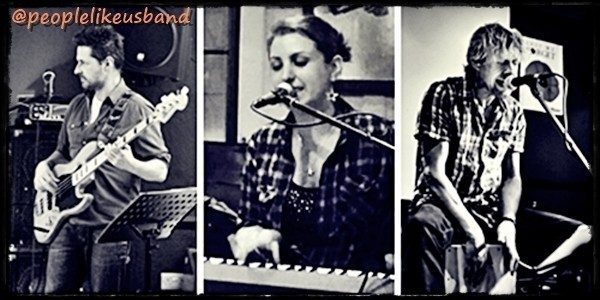 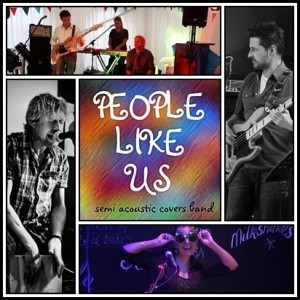 People Like US have been playing together for 3 years, but all band members have been in the music industry for 20+ years now!
Nicky has been playing piano since she was a child, trained in performing arts and has been singing with various professional function bands for the last 15 years. Nicky is also the singer with Southampton based wedding & function band 'The Reason' and co-organises an award winning annual charity band called 'Female of the Species'.
Andy was the original drummer for 'The Hoax' before they hit the big time! Andy has been playing drums since the age of 3, trained at ... Drum Tech, been a session drummer for several artists and bands and is currently also with professional wedding & function band 'The Reason'.
Dean, a grade 8 guitarist, used to teach guitar and has also been the lead singer of various rock covers bands. Dean also plays bass and likes a tinker on the piano!