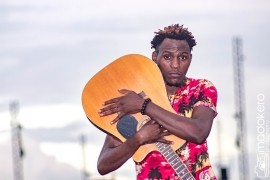 Kudzie Kayz is a Zimbabwean guitarist and singer who sings and plays R’n’b also an original mix of indigenous African sounds and contemporary urban styles with a strong Afro jazz and soul feel
: +26377233XXXX Click here to reveal
full number

When contacting this member, please state that you are viewing their Entertainers Worldwide profile.
Request a Quote
Share this Page:
Profile Views: 176
Report this profile

Kudzie Kayz is a Zimbabwean guitarist and singer who sings and plays R’n’b also an original mix of indigenous African sounds and contemporary urban styles with a strong Afro jazz and soul feel
Background
• Born Blessed Kudzai Shayamano ,]to a policeman (the father),as the first and last born in the family
• His mother passed away in 2013,got his stage name from Kudzie,Kayz being the short-cut and he resides in Glen View 3 Harare
EDUCATION AND RELIGION
• Kudzie Kayz went to Glen View no4 Primary School and there after Glen View High 1 where he did both his ‘O’ and ‘A’ ... Level.He enrolled with Harare polytechnic for a mechanical course and he is currently undergoing a diesel plant fitting course.He is a christian and goes to a church called THY KINGDOM COME INTERNATIONAL MINISTRIES founded by Apostle W GUDO
MUSIC CAREER
EARLY
• Kayz’s musical gift was discovered during his primary level where he was in the school choir , before he even started school he was noted as 'the boy with a beautiful voice'.
PRESENT
• Kayz has worked with a lot of artist in the music industry that includes doing doing shows and sharing the stage with artists that include Sir bede,Pauline,Adriane Tate from Soul Afrika,Mannex from Transit Crew.He is also on the Tiriparwendo crew and plays a lot os roles on the series.He has perfomed on various gigs both locally and internationally and in countries that include South Africa and Zambia also not forgetting his own home country Zimbabwe.He has also given back to the community by doing charity shows and visiting children’s homes and orphanages
FUTURE
• Kudzie is looking forward to having a non profit making music school where less privileged children and adults will be taught music and take care of homeless children. He is expecting to have a number of international collaborations with a lot of artists 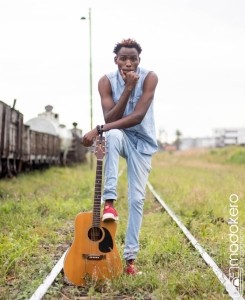 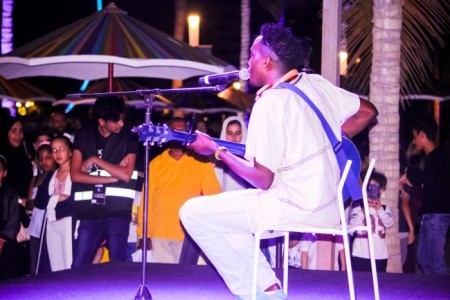 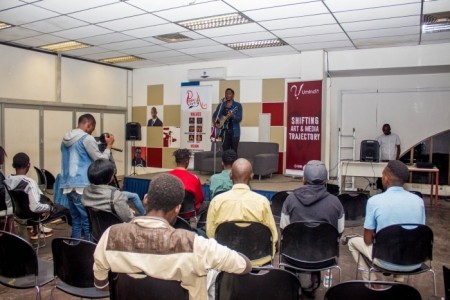