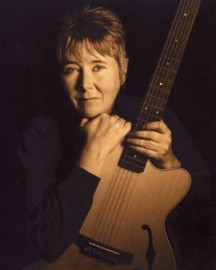 Laurie Dameron, has been playing the guitar for over 50 years and singing even longer. Between solo performances and performances with her band, Laurie D and the Blues Babes, she has performed for hundreds of venues in and out of Colorado over the past 20 years.
: 303-449-XXXX Click here to reveal
full number

When contacting this member, please state that you are viewing their Entertainers Worldwide profile.
Request a Quote
Share this Page:
Profile Views: 104
Report this profile

Laurie Dameron, has been playing the guitar for over 50 years and singing even longer. Between solo performances and performances with her band, Laurie D and the Blues Babes, she has performed for hundreds of venues in and out of Colorado over the past 20 years.
Most recently, on Dec 7, 2013, Laurie passed the first round audition for AMERICA'S GOT TALENT, at the Denver Convention Center!
Laurie has produced three CDs and is versatile with selections from folk, instrumental, pop, country, blues, and jazz that allow her to play a variety of venues. She has performed at Boulder Creek Fest ... ival, Capital Hill People's Fair and A Taste of Colorado, Dazzle Jazz Club, The D Note, Mead Street Station and Mary's Lake Lodge in beautiful Estes Park and many other venues.
Dameron has opened for Denver acts; The Informants, The Delta Sonics, Lionel Young Band, Hazel Miller, Chris Daniels and the Kings and Dan Treanor Band and Afrosippi with Erica Brown.
She is a two time award recipient from Billboard Magazine; was a top ten finalist in the 2011 Tipperary World Peace Song Contest; received the 2011 REAL Award from Boulder Magazine and won the first place in the jazz category in COMBO's 2013 Song Contest (Colorado Music Business Association)
Laurie provides gentle acoustic instrumentals for seating; sing two or three songs for the ceremony; including special requests.For cocktail hour jazz guitar/vocals; romantic standards such as "Blue Moon", "I've Got a Crush on You", "Someone to watch Over Me". She can spruce it up with some upbeat music and has been known to get folks up and dancing or can just create a nice ambiance and be background.
Laurie is professional and you can count on her to be there not only on time, but in plenty of time to make sure all is set up - so you don't need to worry.
MOST OFTEN WHEN CLIENTS LISTEN TO THE MUSIC SHE GETS HIRED! "I AM HERE TO PLEASE AND TOTALLY LOVE WHAT I DO!!!"
Here's what others are saying about Laurie:
“You were an excellent addition to our evening. We enjoyed your music!”
-- Cheryl Whitehead, BAA (Boulder Arts Association)
“Your music and personality were just great for Saturday morning at Relay for Life!” (Fundraiser for American Cancer Society)
-- Laura Bemis, Executive Director for United Way in Casper
"Girl - You are Good! Best Lady Guitar Player on earth! And dats da truf!"
--Carmen Allgood, owner and producer of The Colorado Wave Radio
"Laurie D's new CD is one of the best recordings of 2008 and her guitar playing is some of the best I have heard. If you somehow missed 'Can't Wait to See You Again' in your busy life, go to her web site and listen and then get it. She is one of Colorado's best and this CD is not to be missed."
– Chris Daniels, musician
“Dameron's playing is a nice blend of old school Jazz Guitar, Rock n' Roll double stops and swing blues. Her Guitar tone is crisp and smooth, giving her just enough bite for when she does her Bluesy Jazz thang…”
--Lyle Robinson, Jazz Guitar Life Magazine
“I Can't Wait to See You Again. Mellow out with the third album from this talented Boulder-based jazz singer and guitarist, who celebrates the disc's release with a concert Wednesday at Dazzle Restaurant and Lounge in Denver. Whether playing originals, classic blues tunes, jazz standards or Brazilian favorites, Dameron keeps things tasty and understated. She's got talent to spare but resists the urge to show off.
-- Greg Glasgow, Boulder Daily Camera
“Based in Colorado, Dameron has an echoey acoustic sound on her guitar that is slightly reminiscent of Pat Metheny at times. Her music is soothing, danceable (but with subtle rhythms) and pleasing.”
--Scott Yanow, Los Angeles Jazz Scene
“Guitarist/Vocalist Laurie Dameron's latest CD, I Can't Wait to See You Again, is a musical journey through the Great American Songbook. Backed by some of Colorado's top notch musicians, Laurie makes the trip down memory lane worth revisiting time and time again.”
--Susan Gatschet Reese, Assistant Program Director jazz89 KUVO
“Utah Dream is "a CD consisting of classic folk, jazz and blues underlined by the lilt of a voice so distinct that only one word could describe it: beautiful." -- Laurence Washington, Boulder Daily Camera music critic
"Celestial vocals layered over sophisticated guitar riffs are hallmarks of Laurie Dameron's compositions. They encompass a variety of musical styles from moody acoustic pieces to rock, jazz and blues influences." –
-- Freelance writer Marilyn Gleason
"Delicate voice and confident guitar mark her work..." -- David Thomas, Denver Post 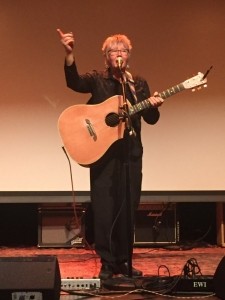 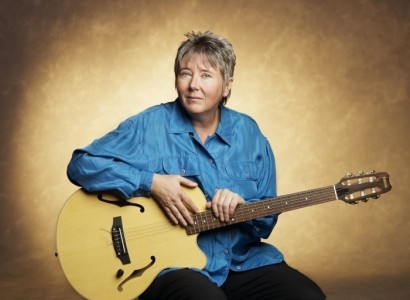 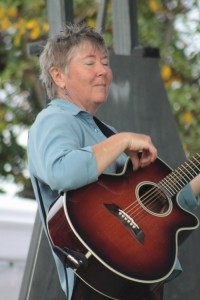 Work
Provided music for Art on the Walls sponsored by Boulder County Arts Alliance every month at Barnes & Noble from June 2006 - June 2009
Provided music for Boulder Art Association and Longmont Artists Guilds annual art show in 2007, 2008 and 2011, 2015
Provided music for St Johns Art gallery in Boulder from 2009 to 2011
Provided music for Beautiful Art for Beautiful Minds Annual Fundraiser for Chinook Clubhouse 2003-2011
Provided music for Carriage House (Homeless day center) every week 2009-2010
Provided music for First Fridays Art Night Out for NoBo and First Congregational Chu ... rch 2011 - 2016
Provided music for ARTWALK in Longmont 2008 - 2017
Provided music at Tutti Restaurant as part of Art Night Out in Lafayette 2011
Has performed regularly at BookCliff Vineyards, Redstone Meadery, and Caitano Winery and BonacQuisti Winery
Hosted Women's Songwriter Night at the Rock n Soul Cafe in Boulder from January of 2007 to May 2009
In the summer of 2007 performed over 200 shows including Boulder Creek Festival, Capital Hill People's Fair and A Taste of Colorado!
Performed regularly at the D Note, Mead Street Station and Dazzle Jazz Club 2008-2009
Toured New Zealand performing nine concerts March 2010
Provided music at NCAR Art receptions 2013, 2014, 2015, 2016, 2017
Cheeseman Art and Music Festival 2013, 2014
Performed in the Boulder International Fringe Festival 2014
Mile High Jazz Festival 2014
Played regularly for Treppeda's Italian Ristorante, Volta Mediterranean Restaurant, Thai Shi House 2014, 2015, 2016
Provided entertainment every week Stanley Hotel Estes Park summer 2015
Entertained at Mod Markets summer of 2015 and 2016
Performs regularly at Mount Vernon Country Club, Saddleback CC, Sweet Spot Cafe, Renaissance Hotels and Marriott Hotels
Opening Acts
Opened for Lionel Young Band
Opened for The Informants and Delta Sonics
Opened for Chris Daniels and the Kings
Opened for Hazel Miller
Opened for Dan Treanor Affrosippi Band and Erica Brown
Opened for Hot Lunch
Awards
Received an award of Honorable mention for her song, “I Can’t Wait to See You Again” in the 16th and 17th Annual Billboard World Song Contest. Billboard said "this is an impressive feat. With thousands of entries coming in each year exemplifying top notch quality songwriting there seems to be a trend promoting an ever increasing level of songwriting."
Was a top ten finalist in the 2011 Tipperary World Peace Song Contest for her song “What Can I Do?”
Received 2011 REAL Award from Boulder Magazine
First place jazz category 2013 COMBO Song Contest for "I Can't Wait to See You Again"
Passed the first round audition for America's Got Talent December 7, 2013
Received 2014 Member of the Year Boulder Professional Women for music and environmental work
Award for "I Can't Wait to See You Again" from www.SongoftheYear.com 2014.The 'Semi-Finalist' placement is the highest placement next only to the one winner and four finalists from each category.
First place jazz category 2014 COMBO Song Contest for "They'll Play a Little Samba"
Finalist in COMBO's 2015 Songwriters' Contest "Sunlight in a Snowstorm"
Featured in Boulder Magazine 2016
http://getboulder.com/mountain-mindfulness-jazz-guitarist-laurie-dameron/
"Trailblazer Women of the Year" award Celebration of Women BPW Boulder