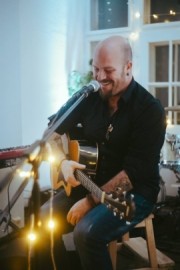 Acoustic performance...vocal + acoustic guitar. Singing and playing hits from 70`s till nowdays...pop,rock,blues,funky,evergreens... I do all these hits in my own special way and arrangement. Sanjin plays also his own original songs as a singer- songwriter as well!
: +38592113XXXX Click here to reveal
full number

Born on 21.04.1979 in Croatia, lives in Graz (Austria).
From an early age listening to diverse kind of music and absorbing diverse musical styles and directions thanks to the parents who are still musical "fanatics".
At 14 years old he started playing drums, but after a year transferred to the piano and keyboards, and is devoted to that instrument about 3 years .
The first guitar (classical) receives as a gift at age of 18 and then the world changes drastically. He falls in love with the guitar and to this day is her biggest fan, regardless of lack of notes and that he has not finished an ... y music school, but everything from the start was the result of refined hearing and independent work and persistence.
For 3 years after getting into the guitar he starts playing in various cover bands locally and abroad in Rovinj in Istria and performing at various festivals, guitar festivals and biker `s meetings etc.
The big turning point happened when he performed with his first copyrighted band "VE2" throughout all the country of Croatia and appeared on lot of TV and radio stations. Thanks to a tour with bands like „ATOMSKO SKLONIŠTE“ and „DIVLJE JAGODE“ (ex Yugoslavia most famous bands), his band gets its own space. It was even invited as a special guest on the former "Ðoserov Memorial" in Pula, played 2 times in TVORNICA (Zagreb), STEREO DVORANA (Rijeka) etc. etc.
Somewhere in the year 2006. Sanjin Banic turns to his solo work and moves into a professional music "water" and currently deals only with music and collaborates with the majority of the Croatian music scene and is engaged in the studio work and recording ... what for his copyright as per call for other artists in various other projects.
Since 2009 he expanded his sphere of action beyond Croatia and thanks to solo performances at clubs and shows as a guest connects with the wider music scene in Amsterdam and London.
From then he has been collaborating with names such as:
Michael Roach - President of the European Federation of blues (Cheltenham)
Johnny Mars - known as the world's "Jimy Hendrix" on the accordion (London)
Julius Green - ex PLATTERS!
Samir & Peter Bashir (Amsterdam)
Joep Berkenbosch - winner GROTE PREIJS VON NEDERLAND, guitarplayer and singer
Francisco Morales - (Amsterdam, London, ...)
Vlatko Stefanovski
Luis Ruben Diaz, ...
For several years Sanjin Banic was a regular guest of UmaGOblues festival in Umag (Croatia).
Sanjin has been in the last buzzer „ŽUJA GUITAR STAR“ ... in the national competition for playing electric guitar and won a respectable 3rd place out of over 150 applicants unprofessional and professional guitarists.
A jury was made up of mostly well-known and respected guitarists of the former Yugoslavia, such as Branko Bogunovic "PIF", Zele Lipovaca (Divlje Jagode), "Brada" (Psihomodo Pop), Vedran Bozic .
It is important to emphasize that Sanjin played in Memphis (USA) at the "30th
International Blues Challenge" as a representative of Croatia for the SOLO category held after the 5th Croatian Blues Challenge, where the official jury after his performance unanimously decided that it would be Sanjin the Croatian representative on the roof worldwide event that brings together representatives from all over the world!
The feedback was very positive and generated new valuable contacts and cooperation between USA / Canada - Croatia!
Also ... Sanjin played in Paris (France) at the big EUROMUSIC CONTEST on June 30th, 2014. He represented his country of Croatia in the big Finals at the famous DIVAN DU MONDE! Sanjin made it to the Finals through 40 countries in the whole Europe which is a big success for him but also for his country of Croatia cause he is the first one in history of Croatia who made it to the Finals in such a big competition for the whole Europe!
After 2 years Sanjin got the chance to perform again on the world famous INTERNATIONAL BLUES CHALLENGE in Memphis (USA) ... January 2016, where he represented his country of Croatia ... but this time with his band BEBLUE in the band category.
Sanjin established himself as a well known blues/rock guitarplayer and artist in Croatia (2 time Winner of Croatian Blues Challenge ... 1st in croatian history who has done that!) but even wider ... in Europe and USA!
Sanjin eventually fell in love with both electric and acoustic guitar so that his style may not be incorporated into a unique musical direction or style. In short words given ... he loves and plays rock, blues, jazz, fusion, soul, funky, latin ... it is the combination of all these styles and directions ... as for the electric and the acoustic guitar.
Sanjin still plays and makes music because that is what he know the best and loves it ... it will be for many, many more years ahead. 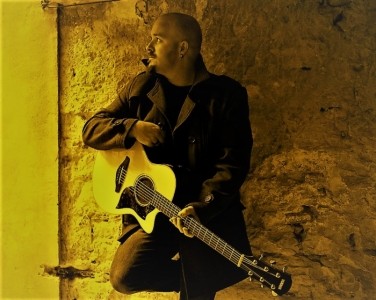 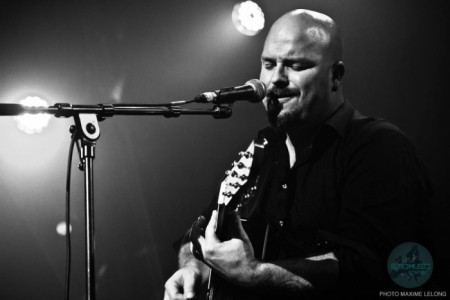 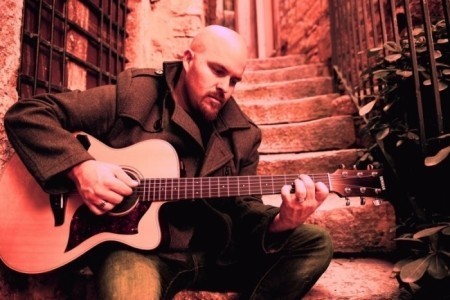 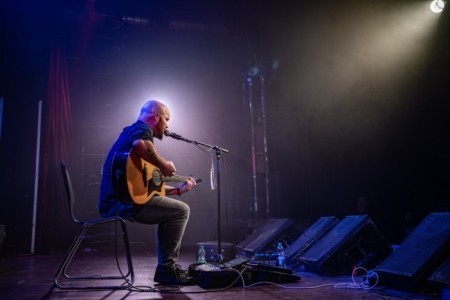 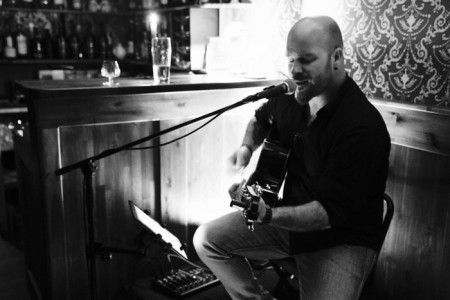 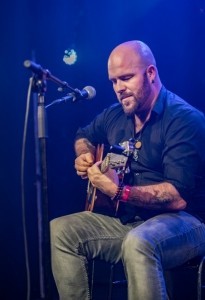 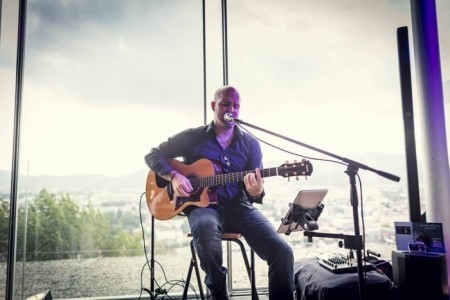