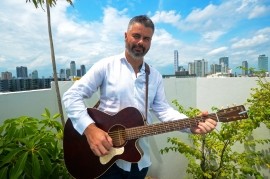 My name is Scott Lucille and i’m a vocalist and guitarist predominantly. I also play with backing tracks, keyboard/piano, harmonica and used loop/drum pedals. I have been a performing solo act for over 15 years now in the UK and Asia.
Request a Quote
Share this Page:
Profile Views: 460
Report this profile

My name is Scott Lucille and I am a singer and acoustic guitarist predominantly.
I also play with backing tracks, keyboard/piano, harmonica and used loop/drum pedals.
I also have experience in MC, hosting and Quizmaster duties.
I have been performing as a solo act for over 15 years now in the UK, Thailand, Malaysia, Cambodia and many other parts of Asia.
I am currently residing in Bangkok, Thailand but I have no ties and can be available for the right project at a moment's notice.

Hello, my name is Scott Lucille (yes! I do love B.B.King)
I was born in east London/Essex. (UK)
Early influence in music came from my father, who loved Johnny Cash, Bob Dylan and Joe Cocker… whilst my mother enjoyed the theatre and show tunes, this heavily influenced my live performing.
Being a late bloomer, I first picked up a guitar at 18 years old and started playing in my mums pub, covering songs from the 90’s and 00’s pop rock scene… bands like Oasis, Coldplay and U2 played a huge part in my early performing.
In 2012, I moved over to Thailand and began expanding my musical kno ... wledge… having performed in many different countries I feel it has helped me gain a broader understanding of different music styles and genres... I consider my setlist to be very diverse and eclectic, with something to suit all tastes.
I play pop, rock, soul, ballads, indie, country, etc... My absolute passion is blues music.
I also have a great love for jazz music, and am intensely learning it at the moment... right now I would say I am a competent jazz guitarist... in the future - I will be advanced.
My setlist has over 700 songs with a wide selection of artists from as far back as the 20’s right up to the modern acts of today.
I have also performed tasks such as hosting, MC’ing, quizmaster, etc… I am very comfortable with public speaking.
I teach guitar both online and in person.
I have a basic knowledge of the Hebrew language and I am also studying Thai language currently.
I speak fluent English (native)
I am professional, punctual and very easy to work with... and I just love my job!
For me, entertaining people is everything!!! 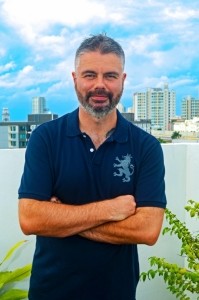 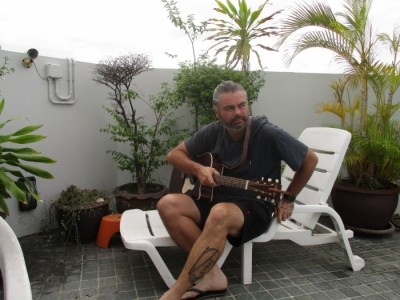 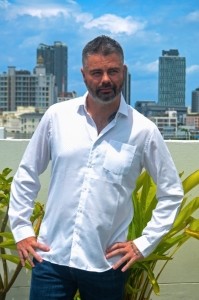 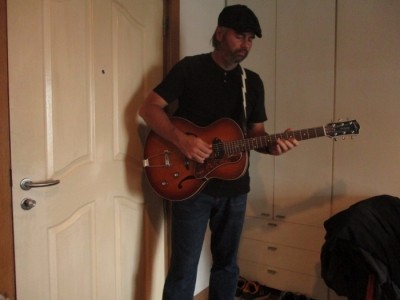 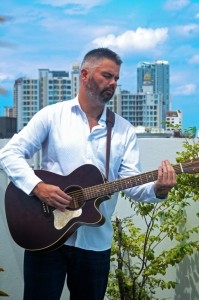 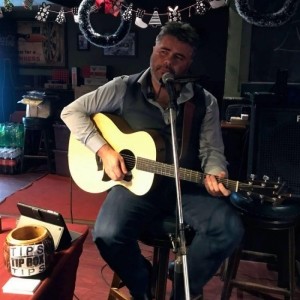 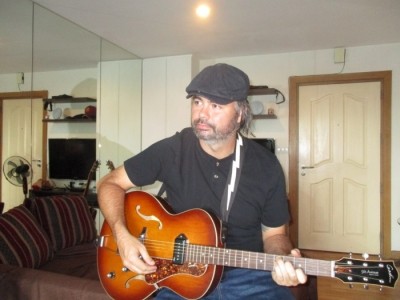 Most of my setlist and music experience is in the genres of rock, pop, indie, country, sing-a-longs, soul, folk, love songs and RnB.
My most favoured genre of music is blues, delta blues, ragtime blues and slow blue... I love this music!
I also love jazz music... and am studying it as I write this.
I would say I'm a capable jazz guitarist... but my aim is to be advanced in the future.
I have a lot of experience as a wedding singer.
I spent 5 years in Koh Samui, Thailand
whilst there I booked on average 2/3 weddings a month... for 5 years.
I still continue to return to Koh Samui for ... wedding bookings and I also book other acts there, such as fire dancers, Cabaret acts and DJ's through my website - www.samuiweddingsinger.com

Hey beautiful people!!!
My name is Scott Lucille and I am a musician.
I am a singer and acoustic guitarist predominantly... but also play piano, harmonica, electric guitar.
A typical performance would feature my voice, guitar with a looper/drum beat pedal, coupled with harmonica... although I can also play with backing tracks, if required.
I would describe my act as very eclectic... I have a diverse setlist of over 700 songs... I like to play rock, pop, blues, folk, country, jazz, indie... and, of course - as many 'sing-a-long' songs as I can.
I have performed other duties, such as - Mast ... er of ceremonies and quizmaster... and also ran a music podcast/weekly radio programme.
I feel my biggest strength is reading the room and knowing what to play accordingly!
Sometimes people want a good sing song... and sometimes its nice to just be the guy in the background!
I am professional, Punctual and very easy to work with... and above all else - I love entertaining folk!!!

I speak :-
fluent English (native)
intermediate Thai (residing in Bangkok)
basic Hebrew (I was learning for a cruise ship contract that got cancelled due to covid 19)

https://www.sessionslive.com/scottlucille85
please follow me on the link for regular online live performances.