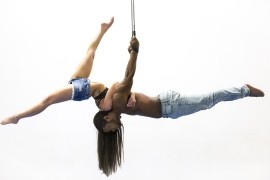 We are Amanda and Andre, we live in Ontario, Canada.
Andre Nurse is a former Cirque du Soleil performer who thrilled audiences in Las Vegas with his aerial acrobatics on bungee trapeze, his incredible agility and strength on the Chinese poles as well as his infectiously charming character. He is a former member of the Canadian National men’s gymnastics team, has worked as a gymnastics coach for several years, and has also worked extensively in the field of his second love, music production. Andre believes in full team collaboration to develop shows, as well as music.
Amanda Dellapenta ... has been performing aerial acrobatics and adagio for the last six years. She has performed with Les Productions Haut Vol, Dream Chest Circus and at multiple weddings and corporate events. Amanda recently started performing as a stunt double for the Toronto Film & Television union ACTRA. Her recent projects include: The Christmas Chronicles, Dino Dana, My Spy and American Gods. Amanda is a former National Gymnast and Team Canada Cheerleading member competing at the World Canadian Championships. 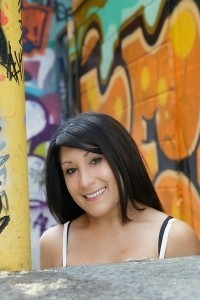 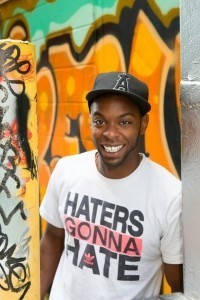 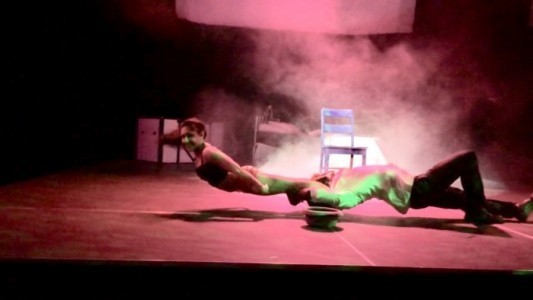 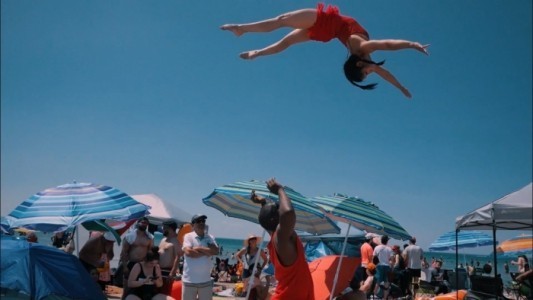 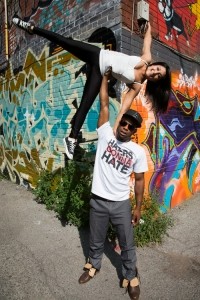 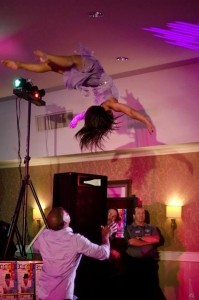 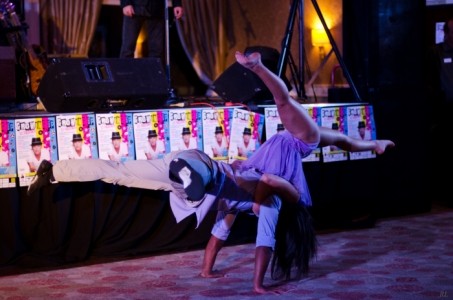