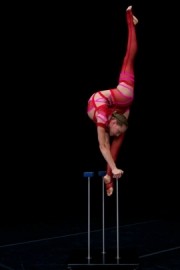 (no reviews)5.0
Country: Canada
Based In: Montreal, Quebec
Performs: Worldwide
From: Case by case basis

Performance of a Hand Balancing and Contortion act on canes. I also accept performances for contortion only.
Request a Quote
Share this Page:
Profile Views: 1737
Report this profile

Irina Naumenko performs a powerful hand balancing and contortion act on canes. A breathtaking performance where elegance and talent leave audience from all over the world speechless. Irina's grace combined with her strength and her magnetic presence on stage make her an exceptional artistic and acrobatic performer.
Irina has a long and short version of her act, with original music composed specifically for her. Several costume options are possible and Irina takes great pride in adapting to her clients's needs and expectations.
See pictures and videos at: www.irinanaumenko.com

Irina Naumenko was born in Marks, a small city of central Russia.
At the age of 11, Irina joined the Children Circus of her hometown. In discovering her immediate ease on stage, she performed in various circus disciplines such as contortion, hand balancing, group acrobatic, mixed pair, juggling and skipping rope.
During her years with the Children Circus, Irina received honours at the National Children Circus Festivals, both in Anapa, Russia and in Monte-Carlo, Monaco.
In 2001, at 18 years of age, Irina joined the Russian Circus State Company of Moscow as a solo hand balancer and co ... ntortionist. The following year, she won the gold medal at the International Circus Festival in Enschede, Netherlands.
In 2003, she was invited to join Cirque du Soleil’s Varekai production as its female lead character. She traveled around the globe with this show for 8 years, visiting more than 50 cities, discovering 5 continents. After such a rich and committed journey with Varekai, Irina said her goodbyes, needing to explore new horizons and push herself to reinvent her acrobatic and artistic skills.
In July of 2011, she gave birth to a beautiful little boy and spent some quality time with her family, in Montreal, Quebec. Being a true performer at heart and an artist in need to challenge herself, Irina then started to work on a new hand balancing and contortion act along side Julie Perron, a young and edgy contemporary choreographer. Irina wanted to build an act in which a woman could express her duality as a fierce character, while exposing her vulnerable and graceful soul.
During the winter of 2012, Irina was invited to be part of Chemins Invisibles, a Cirque du Soleil creation for the following summer in Quebec City, Canada. Following the her three months of shows, Irina started creation rehearsals for the production Orchid, to be presented in a Spiegeltent in the heart of Miami. February 2013 saw the final shows in South Beach and Irina continued on to yet another project, being asked to perform with the cast of Le Noir in Singapore for 2 months.
The summer of 2013 was one of a series of very stimulating collaborations through her performances in many different kinds of events in Canada and in the United States. And just before fall of 2013 arrives, Irina was part of the creation for the production Y The Show, presented in Marcus Garvey Park in Harlem, New York this past summer.
Irina is thrilled to be able to keep a balance between her own work as an artist-performer and unique collaboration opportunities for artistic creations and events all around the world. 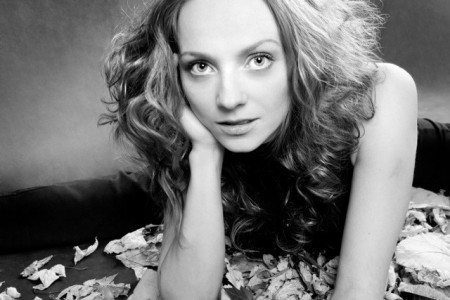 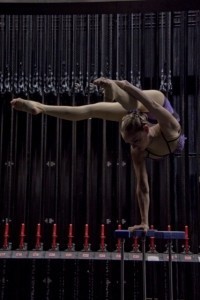 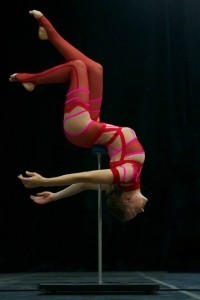 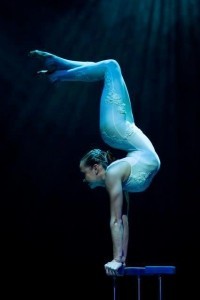 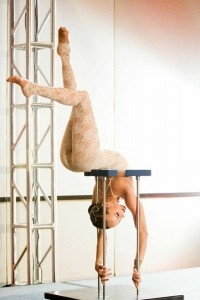