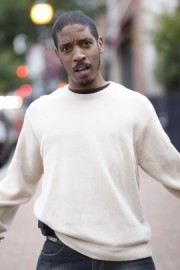 High-energy story telling stand up comedian. Based in North Carolina, he is able to perform at Parties, Corporate events and more.
Request a Quote
Share this Page:
Profile Views: 837
Report this profile

Anthony Crawford blend of hilariously true stories mixed with his "off the beaten path" way of thinking brings a shocking but heartfelt and entertaining view into his everyday mindset. His in you face honesty will intrigued you while his way of thinking will make you wonder if he's really ok.....either way you will be laughing the whole time you are doing it. Not afraid to laugh with the audience, Anthony Crawford brings the crowd into his world with the charisma of the popular guy at the party. So come on out and laugh with a brother.

Anthony Crawford is a high energy storytelling stand-up comedian that has been entertaining crowds since he lost a bet in 1998. His background performing for rowdy house parties and loud bars and nightclubs, all branches of the military in bases across the country, and ability to "paint the picture" for you has helped him become one of the most attention grabbing performers in the Carolinas.
Before dropping his original stage name "Kamilion"(Chameleon) and going by his birth name, he made a name for himself on military bases in the southeast and Texas. After fullfilling his enlistment in ... the Air Force in 2002 he performed with such comics as Katt Williams, Earthquake, Arnez J, Tom Simmons, Hannibal Burress, & Jon Reep.