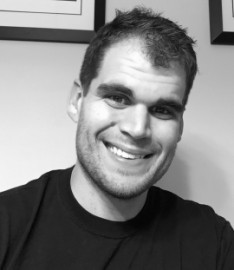 A "larger than life" comedian that can accommodate to fit any event.
Request a Quote
Share this Page:
Profile Views: 229
Report this profile

A product of the 80's and made in the USA, Brent has been in comedy most of his life. His first comedic performance occurred when he was three years old. He took the stage at an Elk's Lodge in Glen Burnie, Maryland, with no prompt or invitation, said nothing, and just began to pee his pants. Over the years the peeing tapered off, but the desire to entertain still remained.
His real stand-up career started in May of 2011, when on a dare from his friend, he took the stage at the Comedy Zone in Lynchburg, VA. Armed with nothing but a few stories and a joke about having an erection on a ro ... ller coaster, he braved the open mic. The reception was mediocre, as to be expected, but the club owner saw the potential, gave him a few notes, and invited him back. After making the necessary corrections, the second time at bat was much more successful. From then on it has been a constant experiment in the ability of joke writing, learning how to work the crowd, and coming to terms with the fact that his Masters degree in Theology and Philosophy probably isn't going to get him anywhere in life.
Hard work has paid off with Brent having the opportunity to work with, and learn from, some of the best in the business. Brent has worked with stars such as Bobby Lee (Mad TV), Kevin Heffernan, and Steve Lemme (Super Troopers/ Beerfest) , as well as legendary comedians Al Goodwin, Don "DC" Curry, Bill Burr, Josh Blue, and Brian Regan.
A previous winner of Richmond, VA's "Clash of the Comics", and a finalist in "Carolina's Funniest Comic", Brent presents a "larger than life" experience at all of his shows. 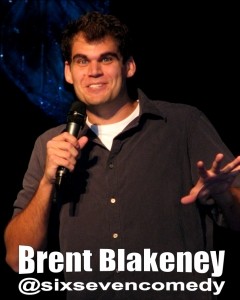