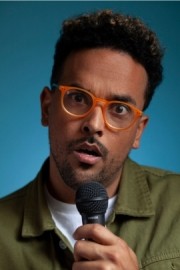 I am an all around artist and comedian. My jokes center around profession as tattoo artist, my family, and our Puerto Rican culture. Some of my credits include: Nosotros Ya Tu Sabes Writer presented by NBC The Orlando Improv The Second City Upright Citizen's Brigade
Request a Quote
Share this Page:
Profile Views: 106
Report this profile

I have a wide range of comedy performances from stand up (clean and adult) , improvisation, art, solo show, clowning, two man shows, biligual improv group, and plays. I studied at all the major comedy training theaters in Los Angeles and looking to branch off and show the world a different variety of comedy.
Examples include:
Diarrhea of the Mouth
As a class clown, "Diarrhea of the mouth" was a saying told to Chris by all his teachers. Now, as a professional comedian can showcase what he's always been blabbing about. This show combines original music, characters, improv, painting, an ... d stand-up. Welcome to the mind of Chris Trovador's solo show
(I just performed this show for The University of Chicago Booth last month and can also provide flyer if needed)
Tattoo Party
Do you have tattoos or are you too scared to get one? Whichever it is, get ready for permanent laughs! This unique show consists of comedy sketches, stand up comedians, live music, dancing, and improvisation based on the world of tattoos. The first-ever comedy show hosted by a tattoo artist and friends. Who knows you just might even leave with a tattoo of your own... Buzz-Buzz
Spanglish
Spanglish is a high-energy and Bi-lingual improv, stand up, and sketch team based out of Los Angeles. The team name came from the term "spanglish", a hybrid language combining words and idioms from both Spanish and English. Spanglish was the first Latinx ensemble to hit The Second City Hollywood theater, and started in 2014 combining individual talented friends that were passionate about storytelling about underrepresented perspectives. Every show celebrates different types of cultures that make up our community and make the audience feel like part of La Familia.
(I can provide a flyer and link upon request)
Platano Power
When you combine the comedic powers of a Cuban and Puerto Rican, you get a two-man sketch show called Platano Power! This sketch show has music, dancing, stand-up, and discusses the important issues that affect Latinx culture.
(I can provide a flyer and link upon request)
Kitchen Closed
The Second City Hollywood's most notorious musical improv group that plays short form games with the audience. (Singing and Rapping).

As an Afro-Latino, Chris Trovador noticed the comedy scene was lacking in diversity and started his comedy writing journey in 2011. By 2014, he was accepted into the prestigious director's program at The Second City. Chris soon wrote and directed the first Latinx ensemble in The Second City's history. Chris has been able to combine painting, music, stand-up, and sketch comedy in all of his unique shows. Chris has been awarded an audio engineering scholarship at the age of seventeen, he is a five-time U.C.B scholarship winner, an N.H.M.C Latino Showcase actor, three-time NBC/Second City Divers ... ity Festival recipient , and received a Latino Media Fest scholarship in 2020, and currently a finalist monologue writer for Nosotros presented by NBC. Each day Chris continues to inspire, teach, and help his diverse stories shine through his work. 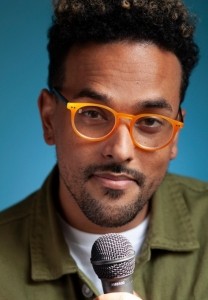