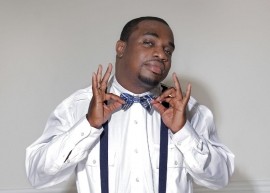 (no reviews)5.0
Country: United States
Based In: Atlanta, Georgia
Performs: Worldwide
From: $600

I have been A stand up comedian for over 15 years now and I live in atlanta where the comedy scene is Booming and i have been on several comedy tv shows Bet's Comicview and Best of Comicview and Bill Bellamy's Who Got Jokes.
Request a Quote
Share this Page:
Profile Views: 556
Report this profile

I talk about Relationships,Family,Friends,Enemies and my life experiences good and bad. I talk about my sons growing up
and how i teach him to be a man. I talk about dating cougars and the difference between old and young women. I talk about my junk car and my car problems. I talk about heartbreak and insurcurity and women cheating and Ways to tell if she cheating and Independent women and their sex life. i talk about being a stalker for short period of time in life. 1st time i went to jail and reading bible. I talk about the drinking and driving experience and the police. Most of the time ... I will cater to my situation and who Im performing for.

I am from Virginia, now living in Atlanta,Ga. Fredo Davis has been engaging audiences and showcasing his talent to rave reviews. His unique comic style is definitely one of kind, and with it Fredo Davis has triumphed and established himself after numerous spots at the biggest entertainment venues. Fredo rips the stage with his explosive energy and merciless antics on today’s current events.
Off the camera, Fredo Davis creative expressions extended into writing, producing and directing and entrepreneurship in which Starvision Media was developed. Based in Atlanta, Starvision Media has prod ... uced several DVDs that are very popular on the streets: Skitz 1, Skitz 2 and Three The Comedy Way and Dat Boi Funny feat. Lil Duval. Davis used his skills to produce clever, yet edgy comedy shows to captivate any audience. All of these can be seen on YouTube, Vimeo & FunnyOrDie. His new production (TheDavisInc.) is a Stand up Comedy DVD “Drunk Genius” starring himself.
Fredo Davis is no amateur to the stage as he has won several competitions. Fredo Davis placed 1st in the 2000 Def Comedy Jam competition; 1999 he placed 2nd and on his return in 2000 Fredo Davis cashed in, taking the top prize. Fredo also placed 1st in the WB 36! Late Night Laugh Off.
Fredo Davis is a Virginia native, establishing his comedy identity in Atlanta with guest appearances on television shows such as the infamous BET Comicview; and in films such as Fighting Temptations, Trapped, Cheeks, and Chosen. He has remained highly visible in the entertainment arena by appearing in videos with celebrities such as Ludacris, Jazza Pha, I-20, Ceelo Green, Franchise Boyz, and T.I.. 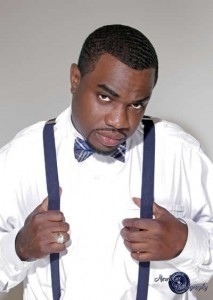 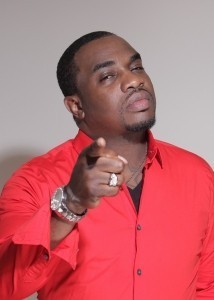 Contracts and deposits are needed for any event that is booked.