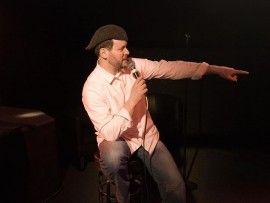 (no reviews)5.0
Country: United States
Based In: Philadelphia, Pennsylvania
Performs: Worldwide
From: Contact

Darren’s quick wit and succinct style make for great stories of his current and past relationships, funny one-liners and a unique take on the world and social interactions.
: +1 215 275 XXXX Click here to reveal
full number

When contacting this member, please state that you are viewing their Entertainers Worldwide profile.
Request a Quote
Share this Page:
Profile Views: 158
Report this profile

Born and raised in the bad lands of the Philadelphia Main Line, Darren’s comedic
instincts came from the need to not just survive, but thrive, in his upper middle
class, white-collar surroundings.
Darren has always faced hardship and adversity head on… From which country
club to join or playing tennis in protest without a white collared shirt, he has a
knack for turning convention upside down and sodomizing it.
Darren’s inspiration came from the great comedians of his youth including,
Rodney Dangerfield, Eddie Murphy, Robin Williams Andrew Dice Clay and many
of the Asian dr ... y cleaners around the neighborhood.
Since his early teens, friends and family have tried to get him to pursue stand
up… Or open a restaurant… He chose the road less traveled and took a job in
nanotechnology developing and testing lubricants for such companies as Trojan,
Astroglide and KY…
His quick wit and succinct style make for great stories of his current and past
relationships, funny one-liners and a unique take on the world and social
interactions.
A political and social advocate Darren is a huge supporter of the “Legalize It”
movement and has worked tirelessly from Amsterdam to the Blue Mountains of
Jamaica sampling nature’s green dewy sweetness.
Darren is working on developing one hour of top-notch material before taking his
show on the road and preparing an HBO special
* HBO has no idea of this is the plan
Darren holds a PhD in Eubonics and Masters of Science in Ghetto Warfare from
the University of Downtown. In his free time he enjoys cycling, long walks on
nude beaches with binoculars and rolling with friends at all the hottest clubs.
Comedy is a way of life for Darren and you’re sure to have a great time with his
distinct take on life, liberty and the pursuit of all things funny.

All around good guy who loves to entertain and make people feel good. There is no greater high than making a room full of people laugh and Darren can write and tailor a comic routine specifically to your personal or corporate needs. Darren is an amazing roaster and has the ability to interview key players to gather facts and personality traits to build an amazing roast, which can involve as many people as you have time for. 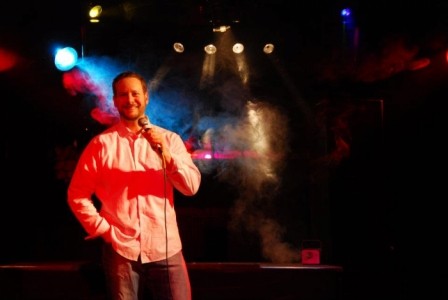 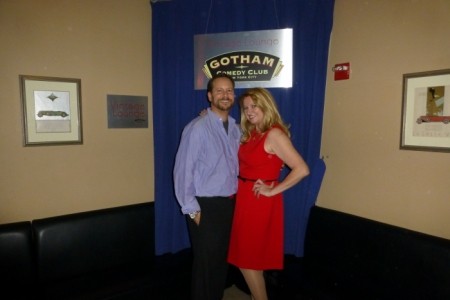