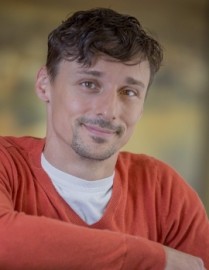 (no reviews)5.0
Country: United States
Based In: Portland, Oregon
Performs: Worldwide
From: $300

Featuring a combination of unique premises, scathing self-exploration, and a touch of the absurd, Portland native, Dusty York, brings a fresh and exciting brand of comedy to the stage.
: 503 449-XXXX Click here to reveal
full number

Unique premises, scathing self-exploration, and a host of awkward encounters make for a bright and memorable evening of entertainment.

Featuring a combination of unique premises, scathing self-exploration, and a touch of the absurd, Portland native, Dusty York, found his way to comedy via twenty years of playing and producing music. Like everything else he’s been a part of, one taste and he was hooked—almost instantly becoming a fixture in the comedy scenes of the Pacific Northwest while recording and releasing his debut live comedy album, “Helicopter Penis and Other Nightmares.” He performs often and produces several shows, including Tell Me Where It Hurts: Stand-up Comedians Share the Most Humiliating Stories From T ... heir Lives and the Pander City Comedy Compilation.
In addition to stand-up, York writes and acts in the web series “What It’s About With Todd”, and writes/directs short films for Pander City Productions; a collaboration with fellow screenwriter/actress Briauna McKizzie. His first short film, “I’m Ready”, about the inner workings of modern date preparation, is currently being filmed for release in 2017.

Dusty York performs nationwide at a variety of venues and events, both public and private.