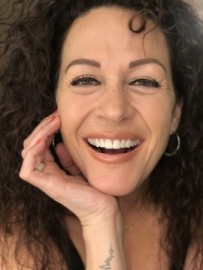 (no reviews)5.0
Country: United States
Based In: Northridge, California
Performs: Worldwide
From: $

Brutally honest about life and her own flaws...Jill Kimmel is the best friend you love to laugh with!
: 213-590-XXXX Click here to reveal
full number

When contacting this member, please state that you are viewing their Entertainers Worldwide profile.
Request a Quote
Share this Page:
Profile Views: 1907
Report this profile

Jill Kimmel, has been a stand-up comedian for 15 years.
Aside from performing, she also has been producing her own shows in Arizona for 9 years. Jill Kimmel’s Comedy Fiesta has been running continuously for 9 years, and is the longest running independently produced show in Arizona. Jill also produced a weekly show at Bongo’s Comedy Jam for 3 years, the Comedy Gold showcase at Stand-Up Live for two years, as well as multiple fundraisers for charities such as the Jack Morton Foundation, Small Animal Rescue of AZ, Phoenix Children’s Hospital, and dozens of others.
Jill regularly perf ... orms overseas for our US Military, having been on five different 14-22 day tours on bases in Egypt, Turkey, Jordan, Spain, Portugal, Germany, England, Belgium, the Netherlands, Italy and Kosovo.
Jill made her Comedy Central debut on Kevin Hart’s “Hart of the City” last November, was invited to perform at the Just For Laughs festival in Montreal this summer, and will be on Kevin Hart’s LOL Network this fall.
She writes, edits and co-produces a bi-weekly comedy video for Facebook with her brother, Emmy winning television host, Jimmy Kimmel. 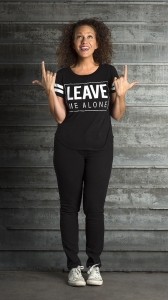