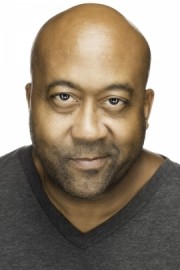 (no reviews)5.0
Country: United States
Based In: Palm Beach, Florida
Performs: Worldwide
From: $1500

A veteran Stand Up and Actor. Born and raised in Cleveland, OH. L A Has a wealth of experience including travel shows to over 35 countries worldwide entertaining the US Military. Has appeared on Comic's Unleashed, Comedy.TV, MTV, BET Comicview and Fuse Network.
Request a Quote
Share this Page:
Profile Views: 1021
Report this profile

L A is a Dad with a life experience and smooth common sense style of storytelling.....he's been described as a "Jazz Comedian" hard to put into a box and define, but always the entertainer with flava. Likable with an 'on the fly' reportoir audiences love and it never seems like it's done the same way every time.
In your face knock down drag out COMEDY!

L.A. Hardy The Entertainer with Flava AKA Black Dad
L.A. Hardy…originally from Cleveland, OH , transplanted to Los Angeles, now based in S. FL..is a veteran and versatile performer you have seen everywhere. He was with the Comic’s On Duty Tour and was the second group of civilians to visit Iraq in the Fall of ‘03. The group performed 28 shows in 30 days in a variety of venues there. He has traveled with, and performed for, the US military in over 35 countries. In his words “I do it for the People”
You have also seen him recently on Comedy.TV, “Comic’s U ... nleashed” w/ Byron Allen, BET’s “Comicview” several times, ABC’s “According to Jim”, MTV, VH1, and The Fuse Network. His film credits include “Universal Remote”, “China Dolls” and “Guess Who” w/ Bernie Mac.
He has that face that makes you say “I know that guy from somewhere” and his voice can be heard regularly on XM RADIO.
Described by some as the ‘Black Dad’ due to his REAL observations and no holds barred style. He has the ability to make you laugh and reflect while continually entertaining.
He is married and a father of two children, and the material just keeps coming from there. A child of the 70’s but a man of today. He has ‘old school’ sensibilities and an ability to relate to the ‘new school’
He is a renaissance man! A Professional Stand Up Comedian, Actor, MC, and Entertainer for all seasons and all occasions.
Here is a list of some of his Headline Appearances:
USO Comedy Break Tours: Japan, Egypt and the Middle East, Singapore, Iceland, Greenland , the Pacific Islands, and Afghanistan
Comics On Duty Tours: Iraq, Kuwait, Alaska, Germany, England, Amsterdam, and National US bases.Additional countries visited with US troops: Europe, Bosnia the Balkans, and Turkey
The Improv Comedy Clubs:W. Palm Beach , Hollywood CA, Miami, Ft Lauderdale
The Stardome Birmingham AL
The Comedy Café Milwaukee WI
Mark Ridley’s Comedy Castle Detroit MI
McCurdy’s Comedy Theatre Sarasota FL
The Punchline Atlanta GA
Catch a Rising Star Reno NV, Princeton NJ
Ann Arbor Comedy Showcase Ann Arbor MI
Carnival and Royal Caribbean Criuise Lines
L . A . is real, creating from his own experiences and delivers in your face Comedy! 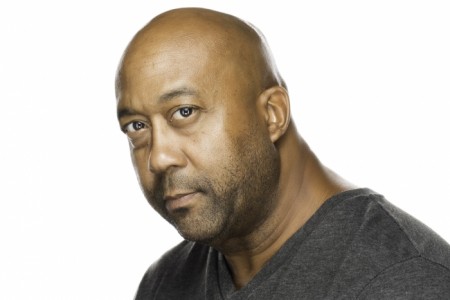 I have traveled worldwide to over 35 countries and I feel comfortable anywhere where there is WiFi!
L A is also the winner of the $5000 Mardi Gras Casino Comedy Challenge December 2012.

I have performed for the US Military, colleges, clubs, and hosted for major private and public corporate events.