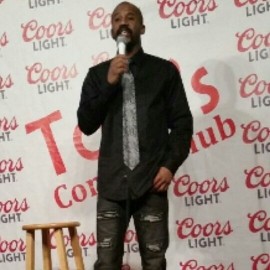 (no reviews)5.0
Country: United States
Based In: Phoenix, Arizona
Performs: Nationwide
From: Contact

Repo takes the audience into the world of plot twists and random thoughts
: 512-800-XXXX Click here to reveal
full number

Repo is a Texas native who grew up in the Ft. Hood area, where he was presented with different races and creeds, thus dealing with many different personalities. After feeling that he had no one to talk to for a good while, he turned to 1 of the only things he knew at a young age; Making people laugh.
Inspired by comics such as Richard Pryor, Eddie Murphy, Rodney Dangerfield, he began to study and explore the world of comedy. Due to his literary contortion and always comical responses to situations, he developed a small fan base that encouraged him to take his act to the stage, hence Stand-U ... p Comedy.
From Improvs (Dallas, Arlington TX) to Funny Bones (Columbus, OH and Des Moines, Iowa), Repo has been successfully working the stand-up crowd for 7 years now, burning a trail coast to coast as well as the Philippines. Despite his quiet demeanor, he brings an overwhelmingly comical presence to the stage, which has been commented on and praised by many such as Kevin Wilson, the legendary Flip Wilson’s son; where he became the first runner up of an international web based competition for the month of October 2008, and the winner of the make a star comedy contest as seen on Fusetv.
Repo shared the stage with comic vets such as Romo "White Chocolate”, Austin’s own Jimmie Roulette, the legendary Mooney Twins; sons of legend Paul Mooney, Marlon Wayans, Shang, Hope Flood, Honest John, Shawn Harris, Juan Villareal and the world renowned Judy Carter; author of The Comedy Bible. Repo also worked with Taylor-Made TV located in Austin, TX as a street host interviewing comics such as Earthquake, Joe Torry and Melanie Carmacho. Repo may walk light but he hits heavy on stage, therefore crowning him the “SILENT ASSASSIN OF COMEDY!” 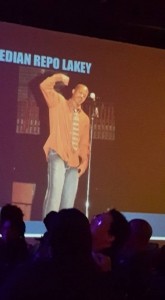 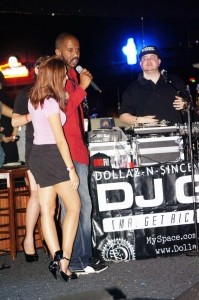 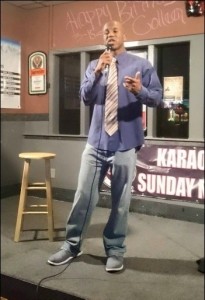