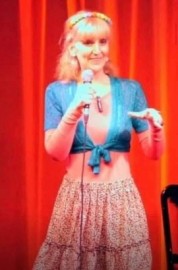 I deliver a 20 minute performance of observational comedy from the point of view of Fairy Sara Lou.
Request a Quote
Share this Page:
Profile Views: 1504
Report this profile

Sara was diagnosed with Epilepsy in her 20s which held her back from performing live comedy due to having a seizure on stage. Taking a break for a while she eventually came back as Fairy Sara Lou, fairies have magic powers and Fairy Sara Lou has one, it's called epilepsy...Sara now embraces her condition and announces it in her set and has been loved and engaged by some amazing audiences. 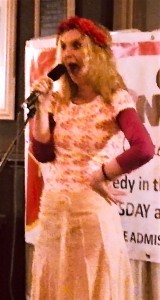 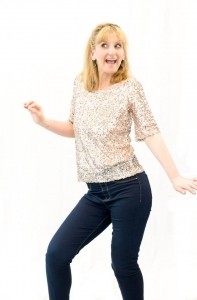 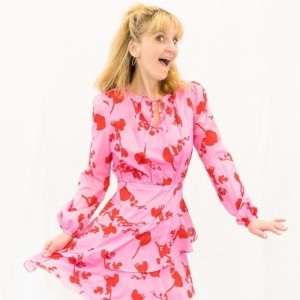 'SARA PRESENTS DELIGHTFUL WHIMSY IN HER COMEDY AS FAIRY SARA LOU. WELL MEASURED AND HILARIOUS.' CJ Hooper of CJ Promotions. November 2021
"I've seen Sara Lou's act a couple of times now; she's very clever & witty, as if you actually listen to the lyrics of her self-penned songs you do find yourself giggling & laughing. She's taken personal experiences, and those of friends, and tuned her act brilliantly. I've seen her play at Hertford Musical Mystery Tour and even my hard-to-please, incredibly quick-witted husband found Sara to be highly amusing, comparing her to a new (female) versio ... n of Richard Digence".
SAM NEWLAND (LEAD SINGER FOR DAKOTA SMILE) SEPT 2017
Private Hen Party (Regents Park/London June 2013)
I have just had Sara perform at my hen do and she was blummin' hilarious! Completely bonkers and cracking entertainment - thoroughly recommended - book her now! 'MARTIN!!!!' Hahaha xxx
Rhian Brook (Bride)