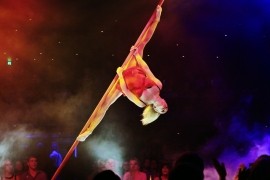 (no reviews)5.0
Country: Finland
Based In: Tampere, Finland
Performs: Worldwide
From: Contact

An unusual aerial act, the flying pole can be lyrical, rocky, elegant, sexy...all depending on your event or type of show. Impressive feats of flexibility, strength, skill and fluidity leave the spectators in awe whil they watch the artist soar through the air.

Born and raised in Finland, Anna de Carvalho became one of the circus and cabaret world’s most popular female pole artists via a career as a professional dancer, which led to a search for an other dimension – up in the air.
“Elegant, gracious and sexy”, “Breathtaking” and Pure magic”
have been words used to describe her performance in the press. Versatile on several aerial apparatuses, Anna has specialised to master the art of Pole Dancing as well as the more unusual Flying Pole.
These acts have taken her around the world multiple times, seducing audiences in London, Ibi ... za, Hamburg, Sydney, Mexico, Singapore and Macau to name a few. Risqué cabarets, glitzy dinner shows, festivals, circus musicals as well as the rather conservative German varieté – she has conquered all of these scenes and keeps being invited back to perform in ongoing productions and new ventures, year after year. 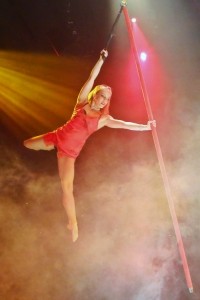 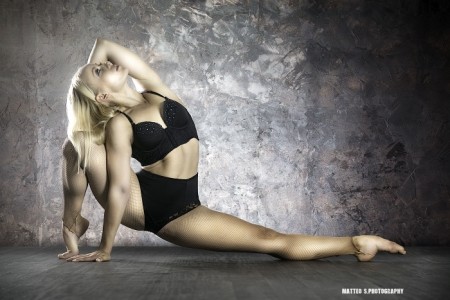