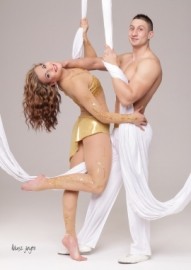 (no reviews)5.0
Country: Poland
Based In: Poland/Katowice, Poland
Performs: Worldwide
From: Contact

Who are we? Hello. My name is Anna Filipowska. I am an acrobat with many years of experience, as well as the winner of the third place in a well-known TV show "I’ve Got Talent." Together with a team of trusted people from the group "SK Talent" we create acrobat
: +48 665 698XXXX Click here to reveal
full number

Waterbowl act
"Water-bowl " was first presented by Cirque Du Soleil spectacle in a show Zumanity in 2009. What makes this dance and acrobatic show exceptional is its uniqueness, because it can be performed by only eight people in the world (and one in Poland)! Water-bowl act combines the beauty of the female body with a magical underwater world, and it can be performed solo or in a female duet. The performance, as we can call it, makes an impression even on the most demanding audience . We guarantee memorable emotions, suspense, and delight all throughout the show.
Cyr wheel act
or acrob ... atics in a circle. This show was presented for the first time by Daniel Cyr at the festival in Montreal, where he won first place for the innovative character of the circus arts. This act shows the artist moving in a steel ring, proving his amazing skills of the control over the wheel following the rhythm of the dynamic music . You have a chance to see something which not too many people have yet seen, and watch the world of fantasy, in which the concept of gravity does not exist.
aerial silk act
also known as an air ribbon, an air sash or acrobatics on silk. It is an extraordinary spectacle, in which the artists move around the silk on the dizzying heights, presenting their grace, elasticity and strength. This show is incredibly attractive, blurring the borders between the world of illusion and reality.
aerial silk duo
Aerial Silk duet is a real spine-chilling experience for the audience who are impressed by the mutual trust that the partners must have to each other while doing this dangerous air performance. Aerial duet acrobatics on a silk sash require from the artists an incredible strength and precision to perform dangerous stunts.
handbalancing
dancing on hands. It combines the incredible power and flexibility of the artist with the difficult art of balancing on hands. It is a spectacle showing the unlimited possibilities of the "elasticity" of the human body. The difficult art of balance in combination with strength, passion and elegance of the female body makes a unique show, which captures the imagination of many viewers.
cube act
is a show in which an artist turns and swirls a huge block in the shape of a cube, filling the large space and evoking a sense of freedom. The physical strength of the artist enables him to take control over a huge block, thus creating a sense of lightness. The cube, balancing over the head, evokes incredible emotions. In combination with dynamic music an artist creates an exciting show, which can be additionally spiced by adding fire to the edges of the cube. It is a very spectacular show, which does not require a lot of technical preparations.
Everest artistic act
female acrobatic trio. Is there a more beautiful image than that of three women, who gracefully present the most challenging elements of the sports acrobatics accompanied by music ? The trio is a unique feminine performance in which the acrobats show the most complex figures filling the room with energy, wonder and femininity. You just have to see it live!

Anna Filipowska - acrobatics is her passion! Her life has been inextricably linked with this sport for the last 20 years. She was a contestant of the club AZS AWF Katowice, multiple Polish champion in Sport Acrobatics, the representative of Poland in the World and European Championships in the Juniors and Seniors categories. Her biggest achievement is the 5th place at the European Senior Championships in Sport Acrobatics.
Anna Filipowska is a Master of Physical Education in Katowice, the coach of the second class of sport acrobatics, the instructor of gymnastics, as well as the instructor o ... f physical recreation - fitness and of the physiotherapy exercises.
After the end of the career, she continued her adventure with acrobatics as an artist performing acrobatic tricks on the stages all over the world. She took part in a world-class circus and acrobatic productions, such as Chimelong International Circus in China, Phantasialand Wintergarden show in Germany, Costa Crociere in Italy and many others.
In the fifth edition of the ‘I’ve Got Talent” show she won the 3rd place in the final.
She specializes in the acrobatic shows in the cup of water, performs the shows of the acrobatic trio, as well as the shows of the dance on hands. One of her strong points is also the aerial silk shows , as well as the acrobatics on the chandelier.
nvolved in the world of sport from an early age, training basketball for about 10 years. His passion is strength training. In 2014, he won the third place at the Polish Championships in gymnastic fitness.
Patryk is a world-class artist. He specializes in the shows of the wheel acrobatics. His authorial program has been shown in global acrobatic productions such as Wintergarden Show Phantasialand or on acrobatic shows on the ship Costra Crociere. It is characterized by exceptional efficiency and power, creating a dynamic show which delights the viewers. 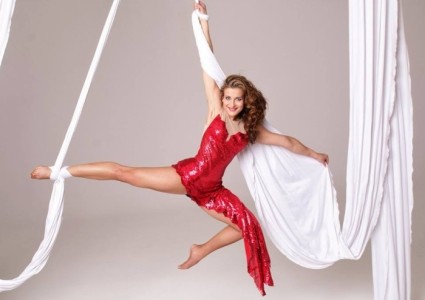 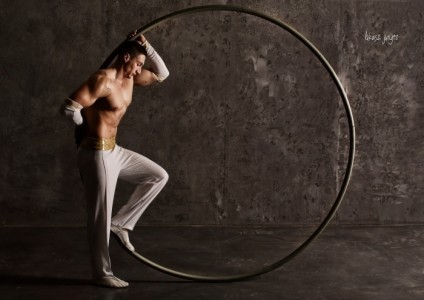 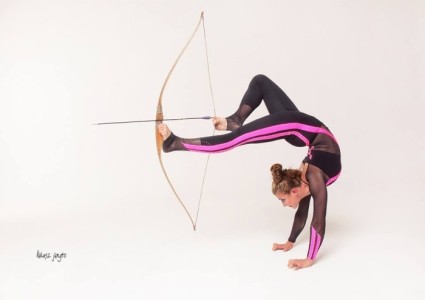 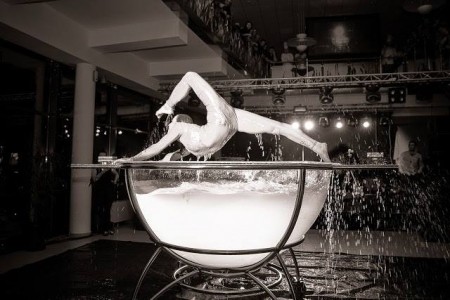 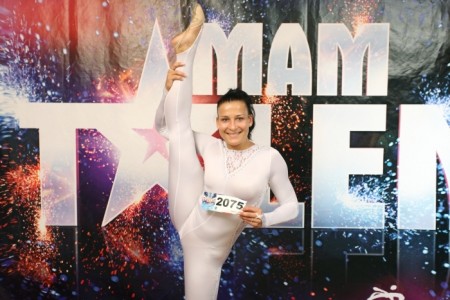 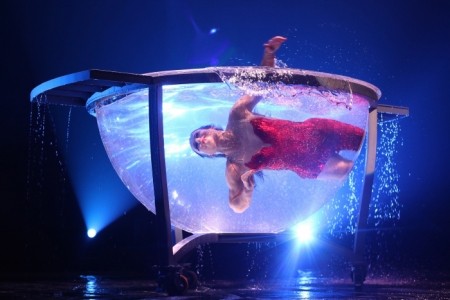 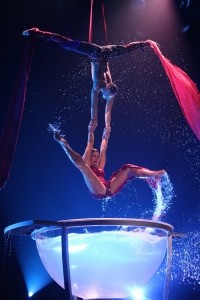 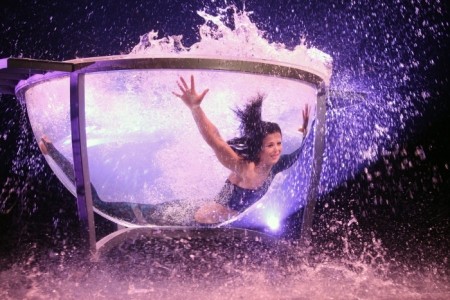 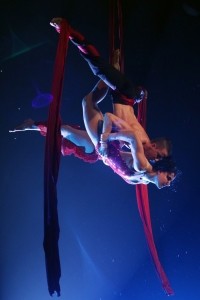 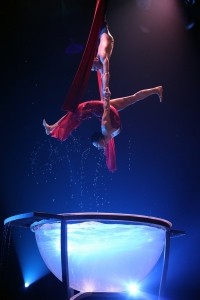 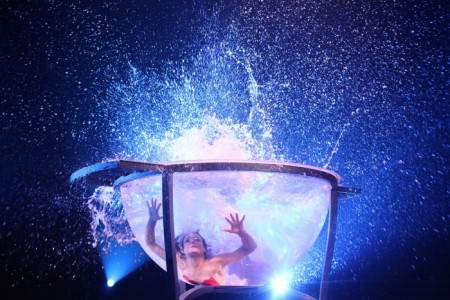 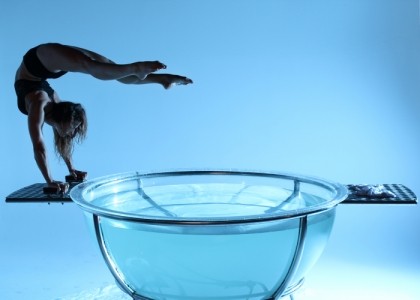 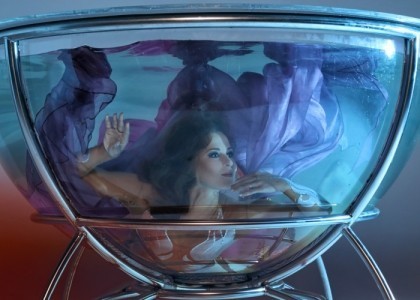 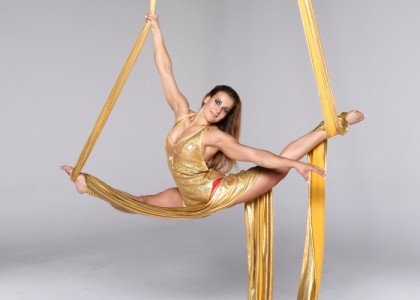 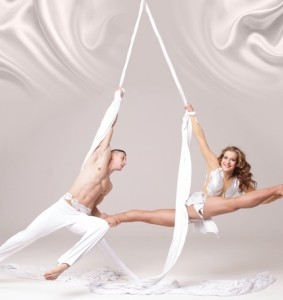 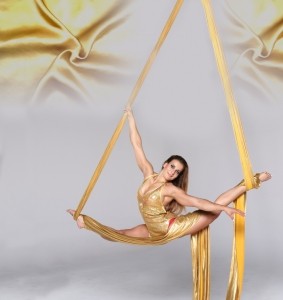 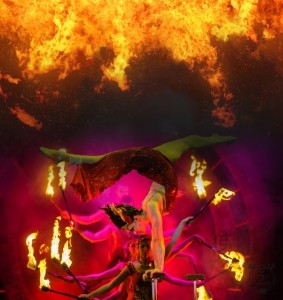 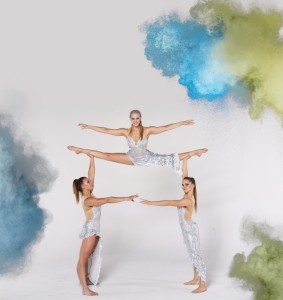 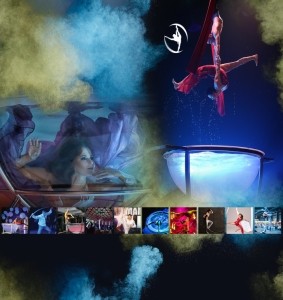