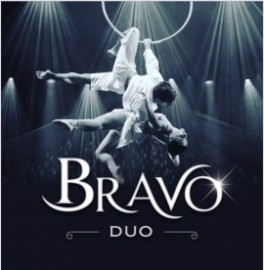 When contacting this member, please state that you are viewing their Entertainers Worldwide profile.
Request a Quote
Share this Page:
Profile Views: 164
Report this profile

"Sehnsucht" When Circus Came To Town - 45 min length
Concept
The show talks about two characters that want to change their lives completely. One wants to run away with the circus, and the other wants a different life than the circus. On their journey they discover what they truly desire. This piece has a dance, acting, juggling, flying harness, aerial hoop, straps, comedy acts, aerial silks and makes the audience dream.
Announcement
Have you ever imagined yourself, running away with the circus to have a life full of adventure? Where you can juggle with knives, walk through the wire or even ... fly up high to the celling. This is your chance. Come with us in this fascinating story and discover that the magic is within all of us.
"Eclipse" - 20 min length
Concept
The show is inspired by the tale of love between the Sun and Moon. The performers use the hoop, dance and body expressions to give life to the characters.
Announcement
This story is inspired in the oldest but yet so new, the story of love between the Sun and the Moon. This story was the first one to describe how powerful love can be.
Join us in is magnificent story and you know why the Sun and the Moon still shine our days and nights.
Duo Bravo it’s a partnership between Christopher Rechi and Grazi Zanolla. Their performances include a contemporary Duo Hoop, Contemporary Duo Straps Loops, Comedy Duo Hoop, Solo Hoop, Solo Straps, Classical Duo Silk.

Duo Bravo it’s a partnership between Christopher Rechi and Grazi Zanolla since 2012. Together they create a new level of circus performance, join all theirs best quality and experiences. The performances of Duo Bravo integrate not only the circus technique, but also dance, act and musicality. Those who watch not only get impressed with the technique, but also feel touched their performance
With a contemporary style Duo Bravo inspiration comes from 7 doigts de la main, Cirque Eloize and Cirque du Soleil. Their study isn’t only based on the circus technique but also in the dance connection ... movements and acting performance that attach every moment of the act to reach in a visual queue to trigger an a special emotion in the audience. A common phrase from those who watched their performances it’s “WOW this really touched me in the bottom of my heart!"
Another peculiar point to be noticed is that all of their acts involves story telling acts making the audience feels more into to the performance. 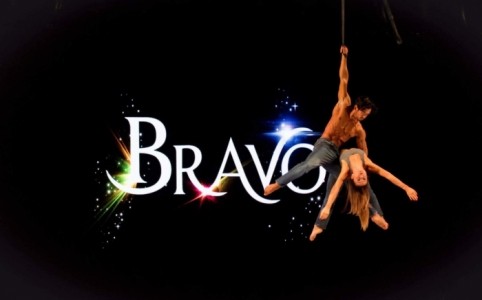 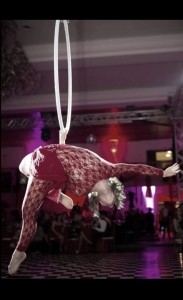 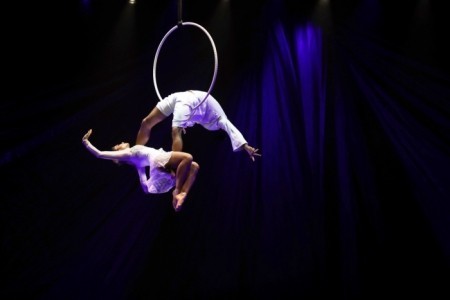 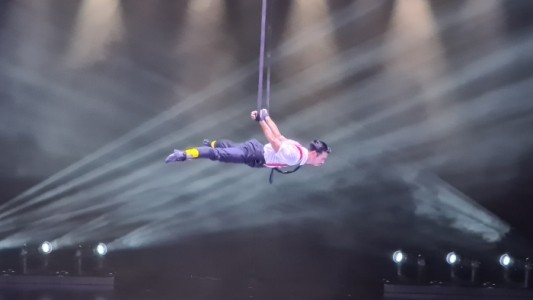 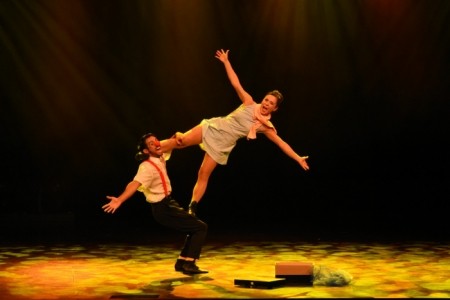 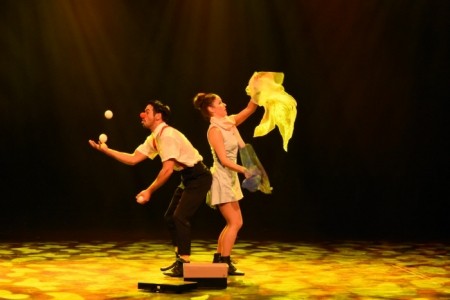 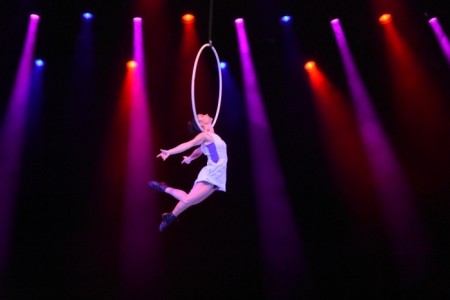 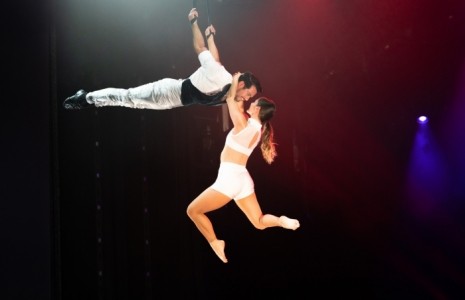 Duo Bravo - Aerialist / Acrobat - Event Location: Mein Schiff 2 Event Type: Cruise Ship 22nd November 2020
With the ongoing pandemic TUI Cruises not only created a never before seen cruise operation but also restructured the entertainment operation on board. During this crucial time both of them were very reliable team members that without hesitation adapted to new procedures a.s.o. Together with their fellow remaining cast members they created an acrobatic show(producer/director: René Meusel) that enchants our guests each and every time it is performed. At Christmas they created a wonderful show together with the theater team, which was very successful, popular and loved by our guests. And also during this time on board, the Duo created a beautiful solo show by and with the two of them. It was a great pleasure to have this premiere for our guests.
Reviewed by: Daniela Krämer
Duo Bravo - Aerialist / Acrobat - Event Location: Mein Schiff 2 Event Type: Cruise Ship 15th July 2020
As aerial artists they always perform spectacular acts that surprise our guests. Either in the Theater or Schaubüne, their interaction on stage and in air is always remarkable and simply beautiful to watch. I thank them dearly for the endless support & professionalism as part of the re-start team of Mein Schiff 2. Throughout their time on board they always worked fully supportive with regard to the changed (entertainment) operation based on the ongoing pandemic and our goal to ensure safe and healthy cruises for our passengers and crew.
Reviewed by: Laura M. Voigt
Duo Bravo - Aerialist / Acrobat - Event Location: Mein Schiff 4 Event Type: Cruise Ship 11th November 2017
Duo Bravo, Christopher Rechi and Grazi Zanolla, take part in various theater shows. They are doing very impressive artistic number which are creative and have that certain "wow"- factor. They are very much loved by our guests.
Reviewed by: Wilma Rehberg

In the present Duo Bravo it’s working in one of the biggest cruise company of Germany “TUI Cruises” brightening their shows with their acts and recently during the pandemic situation they create a new Show that had a huge success becoming part of the company's show book.
Since 2012 Duo Bravo been working in the big events and circus group from Brazil. They started on a very big circus group from south of Brazil “Grupo Tholl”. After that they become part of the second biggest Christmas event from the world “Natal Luz de Gramado” and in 2014 edition they were the aerial choreograp ... hers from the event. They participate also from the “Sonho de Natal de Canela” where they worked in a human mobile hanged a 47 meters high lifted by crane. They worked in a resident show “Korvatunturi” and they performed in events like World Cup 2014 and Olympic Games 2016 .