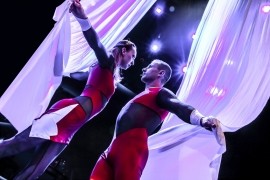 (no reviews)5.0
Country: Ukraine
Based In: Ukraine, Ukraine
Performs: Worldwide
From: contact us

We are professional aerialists. We work in circuses, theathres, varieties, dolphinariums, parks, concert halls and sport palaces. Our aerial acts can be performed static or with motor. For our aerial acts we need minimum 6 metres celling. We bring the holiday of beauty, grace and inspiration to every place where we can hang our props. We've worked in different countries and now we're ready to give you a piece of ourselves. Since our goal is to impress, please and inspire audience!

Oleksandra was born in 1982 in Kiev, Ukraine. She is graduated from Kiev State College of Circus and Variety Arts in 2002. Major - circus artist (aerialist). 2007 graduated from The National University of theatre, cinema and television of Karpenko-Kary. Major - producer of the circus art. Oleksandra have more than 10 years of experience in working in theatres, circuses, parks, ships, concert halls and others. When Oleksandra isn't on stage, she spend her time teaching and directing performances of other artists.
Volodymyr was in born 1975 in Chu, Kazahstan. When he was 15 years old I got ... interested in circus arts and entered in a circus school. Then he worked in a circus before met his wife. Volodymyr an Aerialist starting from 2005. Also he has hobby drums. He was play on drums about 15 years. These skills helped him develop as an aerial gymnast. He is free artist. . He worked almost in every corner of the world. 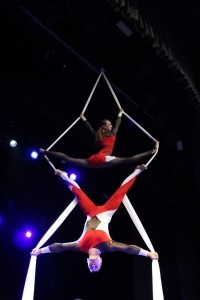 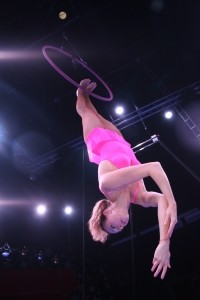 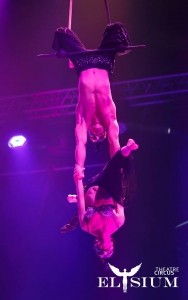 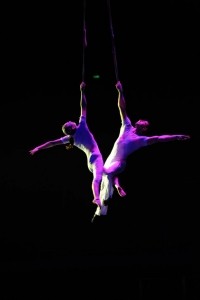 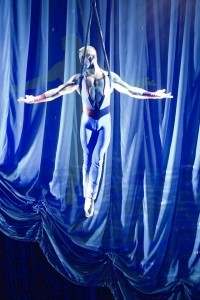 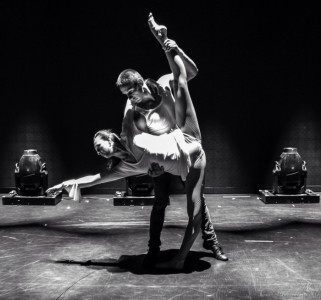