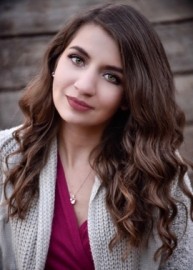 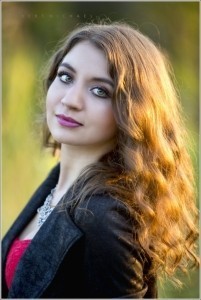 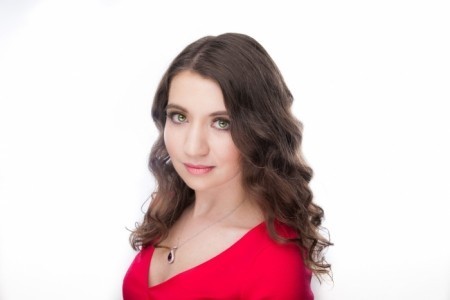 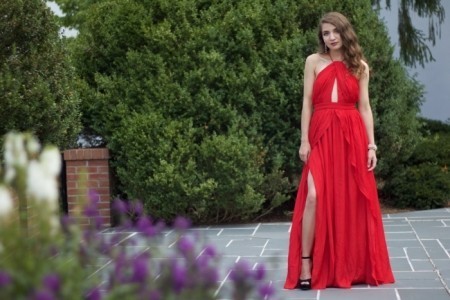 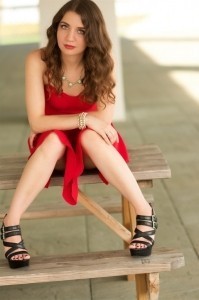 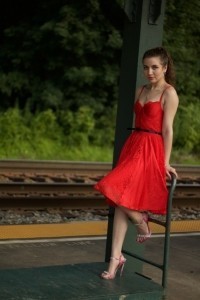 I am a singer/actress/model. I have a 1-hour solo cabaret (with tracks) available immediately. The set is a variety of jazz, Broadway, and Top 40. I am a strong sight reader, I hold inner-harmonies well, and I am a fast memorizer. I am a strong mover and have the ability to sing in other languages besides English.

Ashley Watkins holds a B.A. Vocal Performance and a B.A. Broadcast Communications from Elon University as a graduate of the class of 2014. Ashley studied classical voice with Elon professor Hallie Hogan, including an emphasis on jazz and folk music. Spending the fall of 2012 in Florence Italy, Ashley received vocal instruction from international opera singer, Susana Ricci.
Ashley has appeared in concert on a national and international scale. She has performed with The Celtic Ladies and The Irish Tenors in summer 2015 at the Fallsview Casino/resort in Niagara Falls, Canada. Additi ... onally, she toured with the group across the United States in winter, 2016, 2017, and 2018.
Ashley spent 16 months as a Springhouse Entertainer at The Greenbrier Resort in White Sulpher Springs, WV. There, she was a singer/dancer, creating her own solo show, performing in group cabarets, acting as costumed characters, performing for birthdays and private functions, and dancing the Grand Waltz in the casino promptly at 10pm every evening. As a Springhouse Entertainer, she had the opportunity to sing as soloist for the Inauguration of the West Virginia State Governor, Jim Justice, in January 2017. She was also part of the opening act for the famous Lionel Richie at the Inauguration Ball that same evening.
Ashley was a top four finalist in Washington, D.C.’s NBC4 “Be a Voice VIP” contest in spring 2014. Selected by “The Voice” producers and by viewer votes, she appeared and performed on the show, which was broadcast on television in the region.
Ashley, as a member of the premiere vocal jazz ensemble, élan, performed at the historic Florida Theatre as a featured soloist and opening act for the Grammy-Award winning group, The New York Voices. Ashley has been featured on live recordings, DVD recordings, and an upcoming élan compilation album as a soloist. A songwriter as well, Ashley can also be found singing her own songs or performing on stage in musical theatre productions.
Also an actress and model, Ashley can be seen most recently portraying Kelly Duffield in the Investigation Discovery show "Ice Cold Killers", episode 408 "Silent Night"; Johanna Revak in ID Channel's show "Dead of Night", episode 106 "Last Call"; and as Morgan Taft on TVONE's show "For My Man", episode 404A.
Ashley has been featured in several commercials, including Malouf and Associates Law Firm and The Dollar Tree.
She has modeled for many different photographers including the highly-esteemed Robert Michael of New York City, M.L. Photography of New York City, Mayowa Ojo of Maryland, Tyler Mahal of Richmond, Andre Williams of Shine a Light Photography (White Sulphur Springs, WV), and Mark Winburn of Washington D.C. among others. Many of the photos on this site can be credited to photoshoots with these excellent photographers.
Ashley can be reached via her website, http://www.ashleymariewatkins.com/

VOCAL EXPERIENCE:
_Lead Vocalist in Midnight Syndicate's Live production at Cedar Point Park, Fall 2018
_Lead vocalist/dancer at The Greenbrier Resort
~Lead vocalist in "Spirit of the Dance", headlining at Fallsview Casino/Resort in Niagara Falls, Canada
~Lead Vocalist in "Dublin's Irish Tenors and the Celtic Ladies", touring late winter, 2016
~Jazz Vocalist for Brother Ted Productions at various Speakeasy private galas
~Wedding Vocalist (traditional and non-traditional. Both secular and non-secular music)
~Lead and ensemble experience in many Musical Theatre productions, including but ... not limited to: "All Shook Up", "How to Succeed in Business without Really Trying", "Thoroughly Modern Millie", "The Music Man", and "Tartuffe".
ACTING EXPERIENCE:
~Lead Actress (Victim, Kellie Duffield) in episode 408 of "Ice Cold Killers" on Investigation Discovery (Airing February 2016)
~Lead Actress (Sam) in the short film "What's yours is Mine"
~Lead Actress in Commercial for Malouf and Associates (Airing on Telemundo and Univision)
~Featured extra in "Evil Twins" and "House of Horrors" for Investigation Discovery channel
~Featured extra for the featured film "Freak Show", directed by Trudie Styler, starring Bette Midler.