You are contacting David Cameron Smith 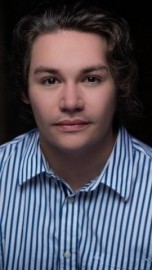 A professional reading bass player, having worked on Marella Cruises as the show-band/ party band for two contract both of 8 Months in length. Worked on P&O Ferries as resident party band for two, month long contracts.
: 0798466XXXX Click here to reveal
full number

When contacting this member, please state that you are viewing their Entertainers Worldwide profile.
Request a Quote
Share this Page:
Profile Views: 644
Need Help?
✖