I'm looking for:
near:
No valid location selected.
Virtual entertainment bookings now available
SEARCH
You Are Here: Tribute Bands / Beatles Tribute Bands / United Kingdom / London / The Beatles with an A 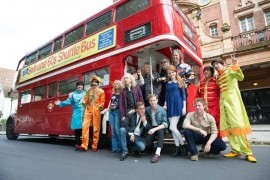 The Beatles with an A - Beatles Tribute Band | Surrey, London

The BEATLES with an A formed in August 2010 (50 years since it all began) when four of the countries top Beatles tribute musicians decided to Come Together and create a show that would be second to none! Collectively, the band has nearly 30 years performing experience w
: 0754544XXXX Click here to reveal
full number

When contacting this member, please state that you are viewing their Entertainers Worldwide profile.
Request a Quote
Share this Page:
Profile Views: 515
Report this profile

The BEATLES with an A formed in August 2010 (50 years since it all began) when four of the countries top Beatles tribute musicians decided to Come Together and create a show that would be second to none! Collectively, the band has nearly 30 years performing experience with various Beatles tribute bands in addition to playing a variety of other genres. Their vast musical experiences ensure a highly professional performance, whatever the occasion or event.
The BEATLES with an A can tailor their exciting show to help suit your needs, they have the perfect Beatle solution to make your day one t ... o remember. The band remain faithful to the original Beatle recordings whilst still maintaining the excitement and energy of a live band. Their stage show can be split to suit your event: from the pre-fame Hamburg and Cavern Club days to the final rooftop concert, you can be guaranteed a memorable night of entertainment with plenty of classic Beatle hits! By using only authentic gear, The BEATLES with an A have no problem recreating that classic 60s sound. It's not just the instruments that are authentic either, you'll also be sure to recognise the classic Beatle costumes along with the iconic 'mop-top' hairstyles!
The BEATLES with an A are available to perform throughout the UK and internationally. They can add some BeatleMania to pubs, social clubs, festivals, weddings, corporate events or any other function/event. The band have already performed many shows in some of the UK's most famous venues, including a number of performances at the world famous Cavern Club, Liverpool! 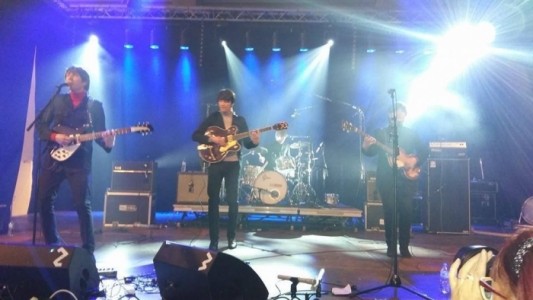 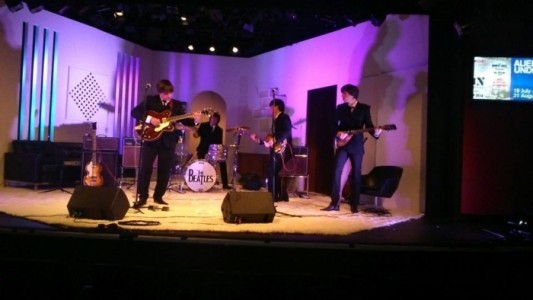 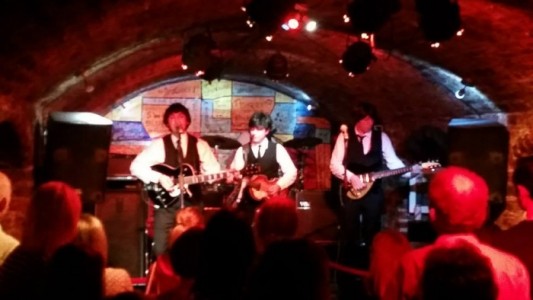