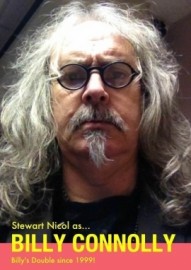 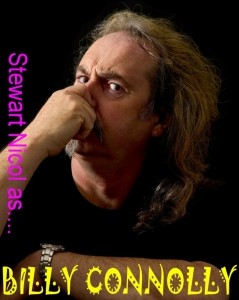 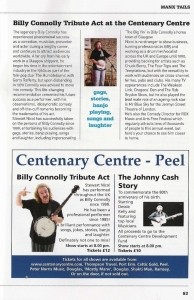 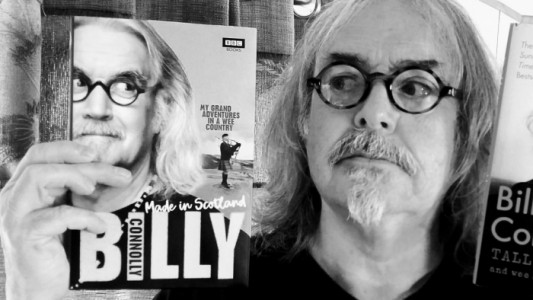 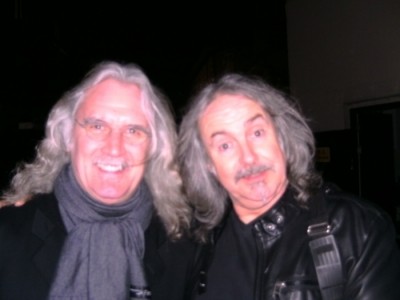 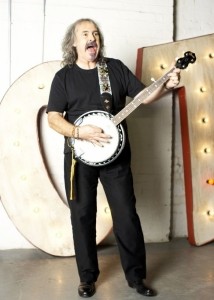 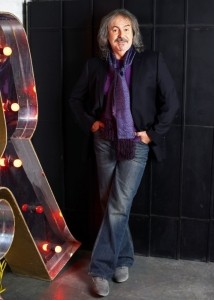 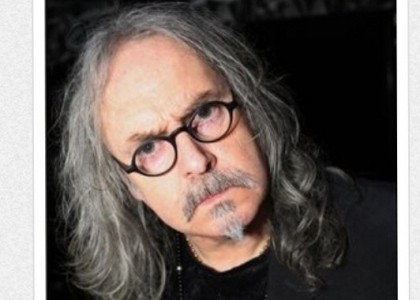 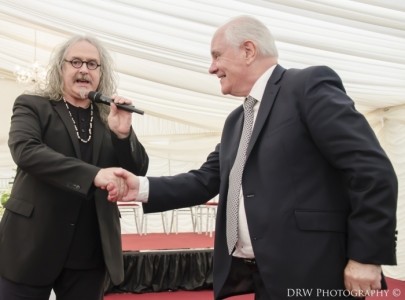 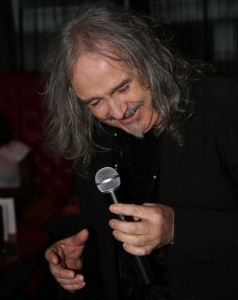 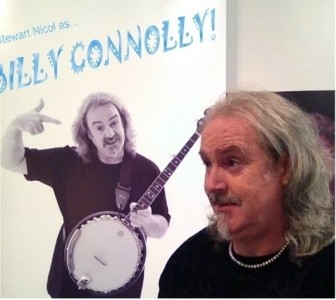 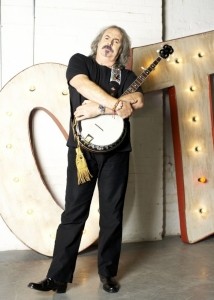 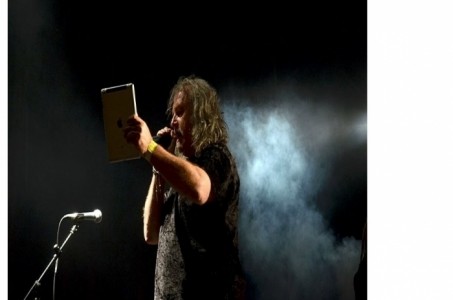 Most popular bookings are Weddings, Parties, Product Launches, Corporate Events and Compere/MC.
Also "An Audience with The BIG YIN"
1 hour tribute to the man consistently voted No1 in standup - BILLY CONNOLLY. Featuring Stories, Jokes old and new!, Banjo (of course!) and Billy's hit songs:- D.I.V.O.R.C.E., IF IT WISNAE FOR YER WELLIES and many more.

In 1999 someone suggested I should impersonate BILLY CONNOLLY. I called a Lookalike agency in London and two weeks later I appeared as The BIG YIN at AOL's Annual Conference at the Radisson, Heathrow.
A week later I was flown into Glasgow and played BILLY at the relaunch of Heinz Sponge Puddings In a Tin!!!
I have had some of the greatest times of my life "being Billy" and have produced a full tribute show lasting an hour.

BILLY CONNOLLY Tribute Act - Adult Stand Up Comedian - Edinburgh, Scotland Event Location: Loudoun Arms, Newmilns, Ayrshire Event Type: Billy Connolly Tribute night. 7th October 2022
"It was a fantastic night, you were brilliant!! Many Thanks."
Reviewed by: Rachel McRoberts
BILLY CONNOLLY Tribute Act - Adult Stand Up Comedian - Edinburgh, Scotland Event Location: Sergeant's Mess, Swinton Barracks, Wiltshire Event Type: Sergeant's Mess Summer Party 16th July 2022
Thank you for last night. It was a brill night and I'm glad you could be a part of it!
Reviewed by: Sgt. Bobby Coatsworth
BILLY CONNOLLY Tribute Act - Comedy Impressionist - Edinburgh, Scotland Event Location: Southend Event Type: Birthday Party 16th September 2016
Handled a tough crowd well, visually and vocally he was spot on. My wife is a massive Billy fan and she was in total shock when first meeting Stewart. He stayed for much of the evening, happy to have photos taken with everyone and generally have a laugh. So happy to have found such a great act and person to share the evening with. Many thanks.
Reviewed by: Jason Thomas
BILLY CONNOLLY Tribute Act - Comedy Impressionist - Edinburgh, Scotland Event Location: Cheshire, England Event Type: 60th Birthday Party 18th June 2011
Thank you so much for putting me in touch with Stewart as Billy Connolly. Everyone had a great night including Stewart. I would recommend his act to anyone looking for a fun evening. He met and chatted to all the guests and then did stand up comedy, all our guests thoroughly enjoyed it. He is a really nice guy and I hope he gets plenty of bookings. Thanks again, will certainly be coming back if we have another big party, and will be recommending him to all my friends.
Reviewed by: Sue Greenwood
BILLY CONNOLLY Tribute Act - Comedy Impressionist - Edinburgh, Scotland Event Location: Ford, West Sussex Event Type: Charity Fundraiser 15th May 2010
The charity do was a great success and raised over £1000.00 for the people of George, South Africa. Thanks to everyone involved. Billy drew the raffle and also auctioned off three flower arrangements!! We had a brilliant laugh, especially with the ladies who helped Billy with his colour-blindness!!
Reviewed by: Life Community Services

I have appeared as BILLY CONNOLLY at parties, weddings, corporate events, comedy clubs, festivals and product launches etc throughout the UK/Europe. I have MC'd The Rox Music and Arts Festival every year since 2010 with audiences of 35-45,000. I was also honoured to take part in ITV's "BILLY & ME" a tribute to the Big Yin featuring Elton John, David Tennant, Dustin Hoffman and Dame Judi Dench among many others.
TV EXPERIENCE:
BILLY & ME
BBC1 - ROB BRYDON SHOW
BBC2 - THE WEAKEST LINK
BBC2 – DRAGON’S DEN
ITV - LET’S DO LUNCH with GINO AND MEL
CH4 - THE CLOCK with RORY BREMNER
M ... TV - PANTS OFF, DANCE OFF!

I provide Birthday wishes, Wedding congratulations or any general fun greetings to help mark a special occasion. Song will be personalised for your booking to include the name and details of the recipient.
Message me for a quote!