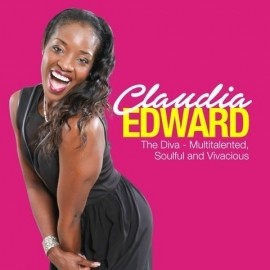 Claudia is no stranger to the stage, contracted as a main stage performer at Caribbean Festivals, and performing at the various international Jazz & Blues events every year. They are loved for their powerful and entertaining performances on every stage.
: 758 717 XXXX Click here to reveal
full number

THE ARTISTE – At a Glance
Name : Claudia Edward
Stage Name : “Claudia”
Nationality : St. Lucian, born in Martinique
MUSICAL HISTORY:
• Began performing professionally at age 14, starting out as a lead vocalist in church choir
• 1997 – Enrolls in voice training classes in New Jersey. Makes recording debut with the single “Reason to Love” with Gale Frank, off the compilation “Ricky D & Friends”.
• 1998 - Featured on the single – “Electricity” by Square One out of Barbados singing alongside Alison Hinds; the song becomes a chartbuster in the English, Du ... tch and French Antilles.
• 1999 – Releases first album featuring title song: “Sha La La”. Album features remix of Shania Twain’s “Still the One”.
• 2000 – 2005 – Becomes a radio announcer, regarded as top female on-air personality and dubbed “The Diva”
• 2002 – Makes first appearance at St. Lucia Jazz, later performs at Grenada’s Spice Jazz Festival
• 2003 - Makes her solo debut at St. Lucia Jazz performing during Teatime Jazz. August 2003 – Launches second CD “Dedication” featuring 9 original tracks including “Sha La La” remix, also includes “Don't Wanna” which has a music video. Other songs on the album: “Lost Without You” and “How Could You” also hit the charts big, locally and regionally
• 2004 – Nominated for Best Female Artiste of the Year.
• 2005 - Tours Europe with Nobel Laureate Derek Walcott; she is lead vocalist in Walcott’s play “The Odyssey”, also playing the major role in his play “Helen of Troy”.
• 2005 – 2008 – Leaves home to study in France. (Institut Vatel Nimes)
• 2009 – Performs again at St. Lucia Jazz, this time with her own band, “Naked Chords” as main acts for Tea Time Jazz and Jazz on the Green – an upscale private annual Jazz fundraiser by St. Lucia Golf Club.
• April 2010 – Launches 3rd CD “Mic-Check” and music video “Hey Boy”. Album features collaborations with Jamaica dancehall King Beenie Man “Bad Girl” Michele Henderson out of Dominica “Tonite” and other Saint Lucian musicians including Boo Hinkson, “Longing”, Q-Shan “The Struggle” and “Hey Boy”
• May 08th 2010 - Performs at the St. Lucia Jazz Festival Main Stage with her band “Naked Chords”.
• Releases second music video for the album Mic Check. Song: “I Wish” (you were here)
• August 2010 – Claudia plays “Lady in Red” in the play “For Colored Girls” directed by Alvin Hippolyte
• April 2011 – Records 2 reggae songs written by “Bad Gyal Cecile” and recorded at the Big Yard studio in Jamaica
• January 2012 – Releases reggae tracks “Loving You & This Love” in Jamaica and around the Caribbean. A video which encompasses the two songs was also released.
• March 2012 – Releases “Broken Wings” and a video to the track
• May 2012 - Claudia give a resounding performance at Jazz on the Grill for St. Lucia Jazz 2012
• August 2012 – Claudia Performs at the Soul Fusion Concert in London during the London 2012 Olympics.
• November 2012 – Claudia plays Tesbia in Derrick Walcott’s Play “The Joker of Seville”
• May 2013 – Claudia performs again at Jazz on the Grill for St. Lucia Jazz 2013
• June – August 2013 – Claudia secures a touring contract with the Hilton Hotel group in Thailand (Hilton Millennium Bangkok)
• September – November 2013 – Claudia performs at jazz lounge and events for the Conrad Hotel in Bangkok Thailand
• December 2013- January 2014 – The Hilton Millennium Bangkok again contracts Claudia for the high season and ringing in the New Year 2014.
• March 2014 – Claudia releases brand new music and video to her song “Make you mine”
• June 2015 – Claudia again tours Thailand for 3.5 months at Conrad Hotel in Bangkok and releases new music for upcoming album “On the Edge” in 2015
• March 2016 – Claudia releases her new album “On the Edge”
• May 2016 – Claudia & her band performs at the St. Lucia Jazz & Arts Festival in St. Lucia
• May 2017 – Claudia & her band perfoms at the St. Lucia Blues Festival
• June – July 2017 – Claudia and her band performs in the UK – Hull Festival, Burton & Agnes Jazz & Blues Festival
• August 2017 – Claudia plays the lead role in a Caribbean film “Fire on Montserrat” filmed in St. Lucia & Montserrat
• November 2017 - Claudia plays a main character in a “Lifetime” movie called “Honeymoon in Paradise”
• May 2018 – Claudia & her band performs at the St. Lucia Jazz Soliel Festival
INTERESTING FACTS:
• Claudia writes most of her own material and has collaborated with internationally renowned St. Lucian musicians Ronald Boo Hinkson, Christopher Neil, T C Brown, Regional Artists “Bad Gyal Cecile” of Jamaica, Michele Henderson of Dominica as well as famed music producer Jonathan Waller of the United States.
• She has performed in Barbados, Costa Rica, New York (Labor Day), Grenada (Spice Jazz) and in the neighboring French Isle of Martinique to name a few.
• Toured Europe with Nobel Laureate, Derrick Walcott as lead singer for his band and played the main female role of “Helen of Troy” in his play “The Odyssey”
• She studied Hotel & Tourism Management at Institiut Vatel in Nimes, France, studying in French and receiving a double degree – International BA and European Licence
• Was last employed in the trourism sector as an Ambassador to the French market for a local hotel making full use of her second language French. So much so, that her
• Latest album “Mic Check” features Claudia singing in French and English on two of the tracks (“Tonite” and “Longing”)
• Fourth album release “On The Edge” includes 5 music videos, and is in the process of releasing the 6th video to the song “Time to shine” 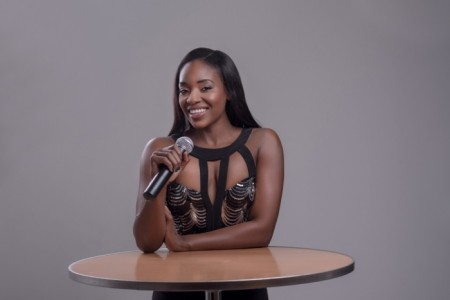 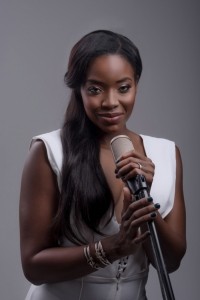 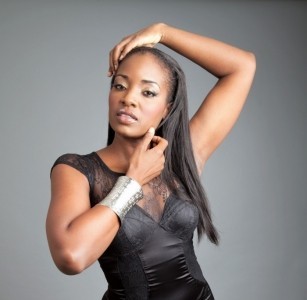 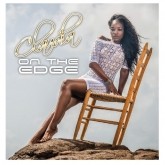 
Enjoy the powerful, soulful voice of a Caribbean Gem