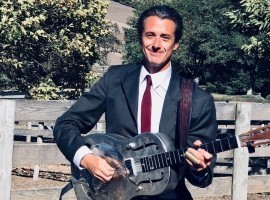 4
(no reviews)5.0
Country: United States
Based In: San Francisco, California
Performs: Worldwide
From: $783

The perfect act for your event. Our experience and repertoire allow us to read the room and know exactly what it needs next. We bring our San Francisco roots with Delta Blues flare to our music. Your audience will love it! https://vimeo.com/363275300
: 415218XXXX Click here to reveal
full number

When contacting this member, please state that you are viewing their Entertainers Worldwide profile.
Request a Quote
Share this Page:
Profile Views: 1862
Report this profile

Simmering and swampy, this duo will prove to be the biggest band you've ever heard. From electrifying a dance club to dinner music, the versatility of this ensemble will amaze you and your guests. World renowned drummer Bennie Murray and Singer, Slide National Steel Guitar player Derek Fairchild produce a sound like no other. Whether it's Brick House by the Commodores or Honkey Tonk Woman by the Rolling Stones, the music has an unmistakable Mississippi Delta sound that soothes and excites.

*** A SAMPLE OF SOME OF THE HUNDREDS OF SONGS WE DO ***
F ME AND HULIO
G HONKEY TONK WOMAN
C OLD TIME ROCK AND ROLL
A CAN’T ALWAYS GET WHAT YOU WANT
G WILD HORSES
A KNOCK ON WOOD
E CHAIN OF FOOLS
C MY GIRL
E SWEET JANE
B PAPA’S GOT A BRAND NEW BAG
A AIN’T TOO PROUD TO BEG
C SHOTGUN
A WHOLE LOTTA SHAKING GOING ON
G HOUND DOG
G JUST MY IMAGINATION
E SOUL MAN
A SHAKY GROUND
E TAKE ME TO THE RIVER
A JOHNNY B GOODE
B FEEL GOOD
G THE WIND CRIES MARY
D DEAD FLOWERS
G LIKE A ROLLING STONE
A CAN'T YOU SEE/MR. FANTASY
E ROADHOUSE BLUES
C BAD MOON RISI ... NG
G WILLIN'
E NORWEGIAN WOOD
G FORTUNATE SON
A OPHELIA
G KNOCKING ON HEAVENS DOOR
A THE WEIGHT
D ISIS
G FEELIN ALRIGHT
E SYMPATHY FOR THE DEVIL
D MUSTANG SALLY
A YOU CAN'T ALWAYS GET WHAT YOU WANT
E PLAY WITH FIRE
D WALK ON THE WILD SIDE
E PROUD MARY
G DIXIE CHICKEN
A LATE IN THE EVENING
G CRIPPLE CREEK
A HAVE YOU EVER SEEN THE RAIN
E LIGHT MY FIRE
G JOKER
A FATMAN/IKO/NOT FADE AWAY/FATMAN
E MARY HAD A LITTLE LAMB
A BROWN EYED GIRL
E LAST TIME

Attending high school in the Haight Ashbury district of San Francisco, Derek Fairchild studied the blues way more than algebra. Robert Johnson, John Lee Hooker, B.B King, and Albert King were his favorites. But Jimi Hendrix and Stevie Ray Vaughan had a transformational influence on his playing. As his playing evolved he gravitated towards a Psychedelic Blues sound that is unique to San Francisco and the Haight.
Derek got started in Rio de Janeiro as a founding member of Blues Etilicos, now considered to be Brazil’s premier blues band, then it was Manhattan touring, doing shows, sessions, mu ... sicals etc with some of the world’s finest musicians.
He eventually made his way home to San Francisco. He has made a name for himself playing Steel Guitar with slide and plays for some of San Francisco’s finest performers as well as working with his own band, Drop_D. 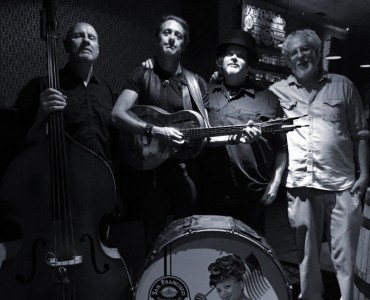 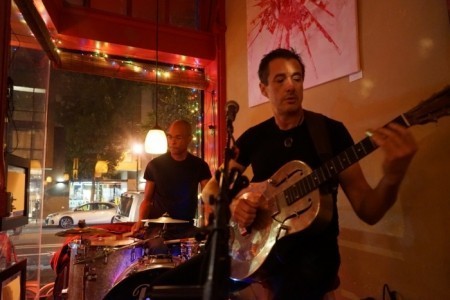 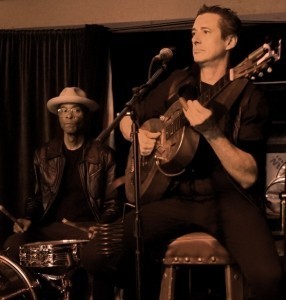 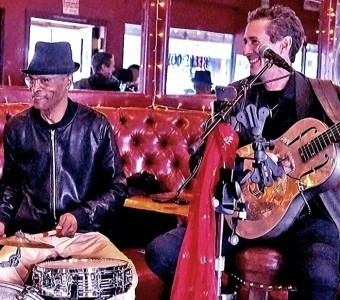 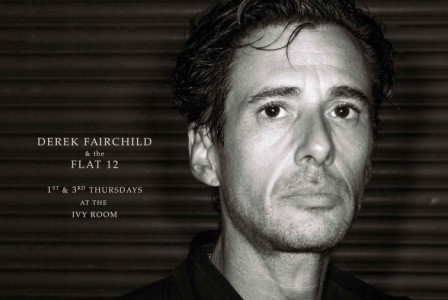 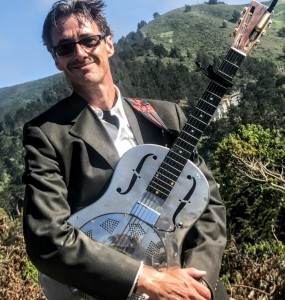 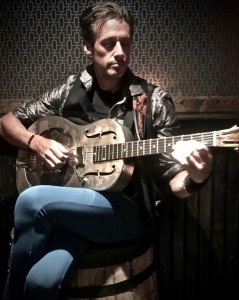 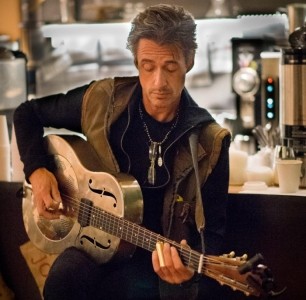 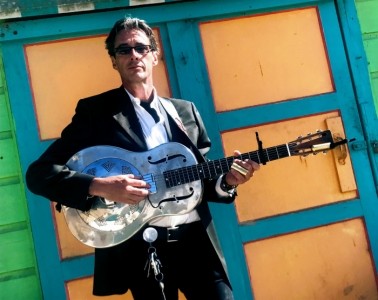 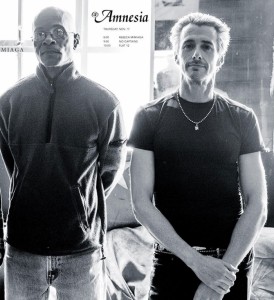