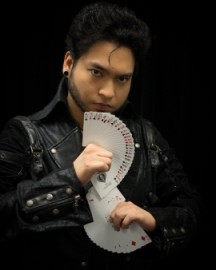 Fusion Magician. Where Magic, Dance and Mime become ONE! Based in Queens, New York, he is able to perform at Weddings, Parties, Corporate events and more,
Request a Quote
Share this Page:
Profile Views: 773
Report this profile

The magic of Apollo Riego is like nothing you've ever experienced. His style of magic has only been successfully fused by a few known masters. Fusing the art of street style dancing such as robotic popping, mime and believe it or not, one of the BEST MICHAEL JACKSON impersonations you will ever see! Martial Arts is also one of the arts that is fused into the show. Don't worry...it's not all serious business. Apollo has great comedic timing. The laughter the audiences experience equals the wow and astonishment that comes with every APOLLO RIEGO performance. 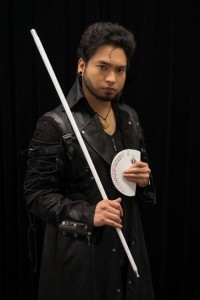 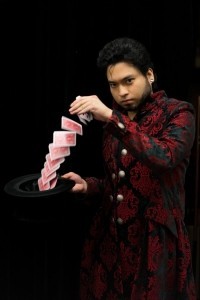 This New Yorker of a magician has performed all over the world, including his birth country...the Philippines. He's entertained countless corporate events ie. Samsung, Duane Reade (Walgreens Company), and numerous universities in the U.S. His most recent performances were held in Atlantic City's House of Blues Theater and New York's Webster Hall.