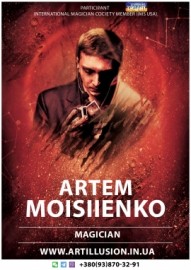 On my previous contract I was performing about 80 minutes magic without any words during 3 shows. If audience speaks English - it can be about 120 minutes. Have 2 interactive blocks and 4 stage acts. Now working on new special magic tretrical performance.
: +38093870XXXX Click here to reveal
full number

When contacting this member, please state that you are viewing their Entertainers Worldwide profile.
Request a Quote
Share this Page:
Profile Views: 169
Report this profile

Hello. My name is Artem. I am magician with 6 years performing experience. During that time I was performing in 8 Countries (Ukraine, Russia, Belarus, Bulgaria, France, China, South Korea and Japan) totally about 800 000 audience.
Now I am ready to perform:
2 complete interactive blocks (cabaret magic format) for 15 min each and 5 stage magic illusions for 3-6 min each. Besides I have a lot of acts that can be performed in cabaret format. Base of closeup magic acts are really big. 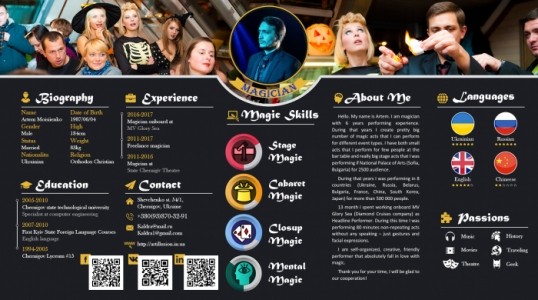 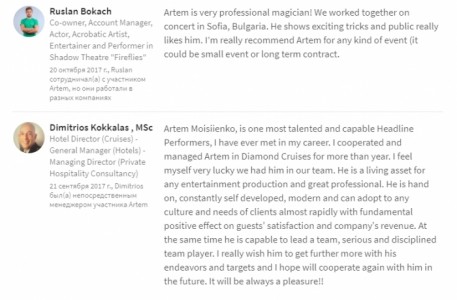 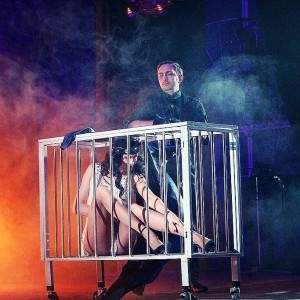 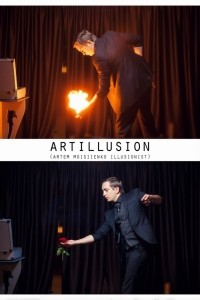 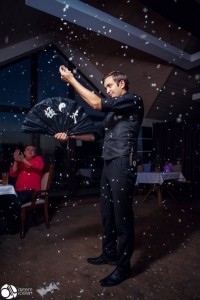 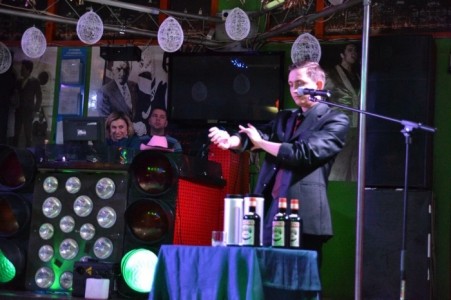