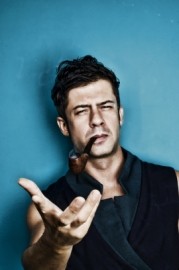 1
(no reviews)5.0
Country: Switzerland
Based In: Basel, Switzerland
Performs: Worldwide
From: 1.200 euros

¨Face to Face¨ is a show of great quality: Diogo proposes to fuse a mixture
of Street Magic and Illusionism with a structured routine and improvisation.
In this way takes its audience to experience a spectacle full of surprises and
with numbers of Illusionism only seen before in theaters.
The character combines manipulation & Illusion and is capable of
delivering much attention using the manipulation of common objects (cards,
balls, cigarettes, rope), without losing control of the performance.
With this versatility, the show can be presented in different stages, with
equal s ... uccess.
This performance can be easily shown in a theater or in an open space, for all
ages.
Duration: 35 min
Created and performed by: Diogo Alvares
Music by: Thiago Drummont
Technical Requirements
Set up: 15 minutes
Dismantle: 10 minutes
Stage: 5/5 mts
Sound: Adequate for the particular event (with CD or RCA outlets)

Diogo Alvares is a Brazilian Master Manipulator who calls Europe home. He
performs a silent show with a musical backdrop. His crowd build is simply his
manipulation skills with cards, billiard balls, cigarettes, and other various
ungimmicked items.
At 18 years old he founded the 'Magic Association of Santa Catarina' organizing
several conferences and participated in various TV shows. Later he worked as the
official magician of 'Petrobras' along with companies such as Nestlé. He then
traveled the world to gain knowledge in his new specialization; Manipulation.
Settling in Euro ... pe he has had the opportunity to work in cabarets, circus and
private shows… until he found his happiness working in the street performance
festivals.
In 2012, Diogo went to Bolivia to give a conference about his job and after that he
was considered among the top four street magicians worldwide for "enigma"-
Bolivian Association of illusionism.
Currently, Diogo is preparing a comeback with his new show entitled 'Face to
Face' which will be preformed in the brazilian famous TV show .
Face to Face is presented as a 10 - 30 minute show, performed on stage or on
the street, with a silent show or speaking (português,spanish english or french).
Diogo is able to tailor a more intimate show including close-up magic upon
audience request. 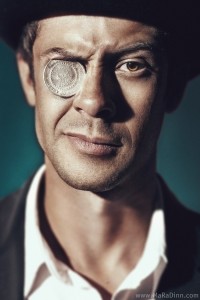 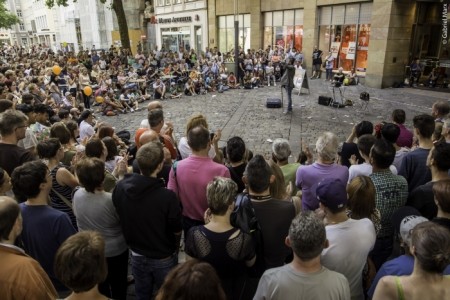 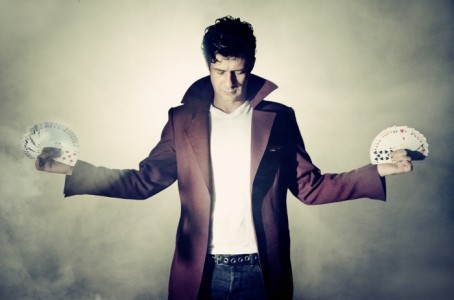 I've been performed in several venues, events, festivals around the world.

Online Magic show or Classes. For kids and Adults

Its a Online Magic show! I've been doing many online shows and Classes and it works perfect! 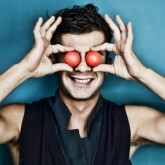 
I can prepare for you a nice magic video for happy-birthday. So you can give it as a gift.