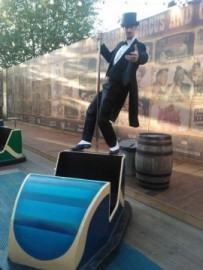 Close up magic is great for any event that needs a little extra spice. I usually walk around table hopping or going up to groups of people performing all sorts of tricks (not just card tricks), creating a buzzing atmosphere and making people laugh.
Cabaret magic is performed usually on a stage but essential. The magic element is simply used as a catalyst to create fun, laughter and banter with the audience and the volunteers who join me on the stage. This is a great way of warming up a crowd for the rest of the night. This act can be between 2 and 20 mins long and is always custom suited to ... he audience.
As i'm a male burlesque performer, the term needed is "boylesque".
(Like burlesque only with boys and just 1 tassel)
I can provide you with a show that is guaranteed to get both women and the men clapping, cheering and laughing harder, than ever before.
The act is a mixture of magic, comedy, ballet, body popping break dancing and crazy fun silliness. With music ranging from classical, to rock to opera. It's a fast paced rock 'n' roller coaster ride of exhilaration which has won 3 awards:
"Best new male" at the "London Burlesque Festival" 2009.
Silver in "The male tournament of tease" 2009
and
"Erotic male performer of the year" at "The Erotic Awards" 2011.
The focus of this act is comedy not sex, so it's suitable for a much wider audience then most male strippers.
This is a completely unique act which has been honed to perfection since 2008.
The act itself can be either 7 or 10 minutes long and has the options to create mess or not on the stage.

Equador The Wizard’s real name is Equador Zaha. From the moment Equador was born, his family knew he would be a performer, always showing off and the centre of attention.
From the age of 5, Equador decided to start ballet classes, which led to modern, jazz, tap, acting and singing.
After leaving school at 16 with an “A” in Drama, Equador trained at The Henley College for a B-TEC National Diploma in performing arts. He was the only one in his year to get the highest grade possible in the dance section of the course with an overall Distinction pass grade.
At age 18 Equador was a ... warded a £30 000 scholarship to the prestigious Laban Contemporary Dance School in Greenwich. After only a year at Laban, disaster struck in the form of the “Noddy train” in Bournemouth. It crushed Equador, breaking his pelvis and with it crushing his dreams of becoming a professional dancer. Once recovered Equador was back on his feet, running around as a top salesman. He saw it as a chance to perform an act to sell a product. He was invited to join the team of the world famous Marvins Magic at Hamley’s toy store, in London’s Regent Street where he discovered his natural talented for magic. After just 5 months at Hamleys, Equador left to train himself properly and turned pro. There was a time when Equador could be found in pubs nearly every night practicing and honing his magical skills for generous tips. Soon he was earning a great living as a professional magician.
In 2008, Equador performed close-up magic for Chaz Royals London Burlesque Festival and witnessed the newcomers contest for best new UK performer. He loved what he saw and vowed the next year he would win it! 1 year later, Equador entered the same competition and won best new UK male and was invited back the next year to co-host the 2010 competition with highly talented Miss Kiki Kaboom. He entered the 2009 male tournament of tease in Bethnal Green, London and was awarded silver, then in 2011 was awarded "Erotic male performer of the year" at "The Erotic Awards".
Since then Equador headlines cabarets all over the UK and across Europe.
Equador has developed himself into a multi-talented performer with acts ranging from Boylesque to corporate close-up magic, even children’s entertainment.
Equador loves his job and life so much! He is truly living the dream! You can see it in his eyes whenever he performs or smiles at you walking down the street. 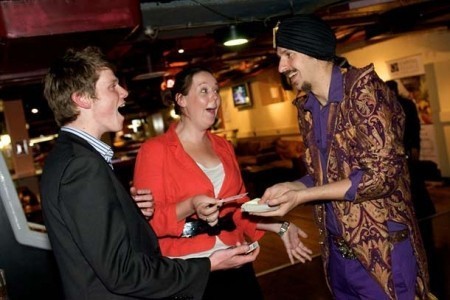 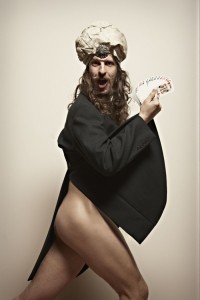 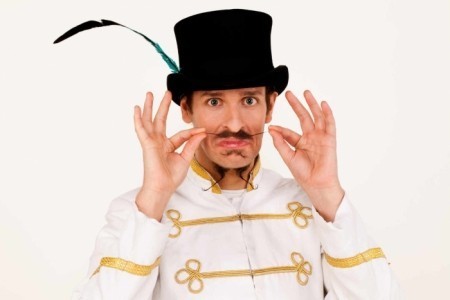 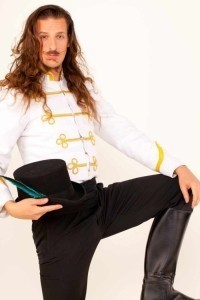 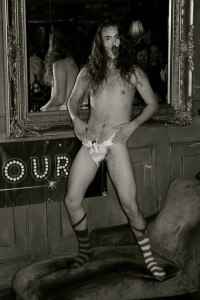 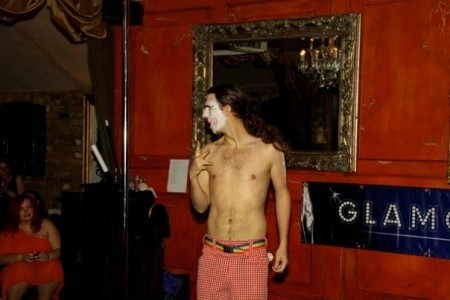 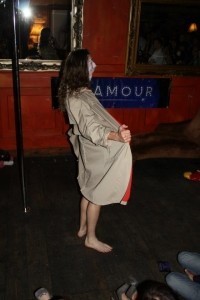 Holds residencies with:
Hotel Jarratelle in Belgium,
The Brompton Club in Kensington,
The Egg Club in Kings Cross,
Club Pedestal in Vauxhall
and The Tassel Club on the South Bank.
He has performed for household names including:
British Gas,
HSBC,
BT,
Rockstar games,
Barclays,
As well as celebrities such as:
Russell Brand,
Hugh Grant,
Rolf Harris,
Johnathan Ross,
and Jade Goody to name a few.