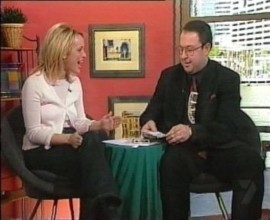 1
(no reviews)5.0
Country: Australia
Based In: New South Wales
Performs: Worldwide
From: $500

Fast Jimmy is Australia's Premier Comedy Magician, Mindreader and Ventriloquist available for events all over Australia and overseas including Weddings, Parties, Corporate events and more.
Request a Quote
Share this Page:
Profile Views: 1401
Report this profile

Fast Jimmy's variety show packs down into one case making him one of the most commercial acts in Australia, his show includes comedy magic, sleight of hand, Mindreading, escapology and comedy ventriloquism.
His show uses a lot of audience participation making it fun and very entertaining to watch, his last routine is including an audience member into his ventriloquism act which is a huge crowd pleaser and has the entire audience in hysterics.
From restoring an empty crushed up coke can to reading people's thoughts and escaping from an impossible location the audience is on the edge of th ... eir seats wondering what is comming next Z,.

Fast Jimmy in his teens performed at children's birthday parties all over Sydney and in 2001 was recruited as a roving close up magician at the Star Casino in Sydney Australia.
He was also the resident magicIan on the Y? show which aired every afternoon at 4pm Channel Nine, Fast Jimmy performed on the show once a week for 4 months. The television show aired in Australia plus several countries in Asia. 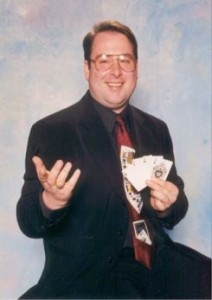 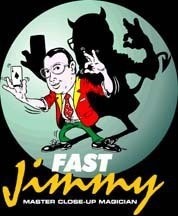 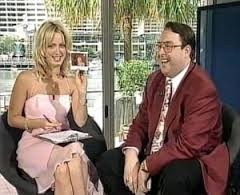 Fast Jimmy has performed close up magic and stage shows for over 15 years Australia wide, he is known also as a very funny comedian.
In between 2005 and 2008 Fast Jimmy performed over 100 shows at the Magic Castle in Hollywood California and has been advised by management he is welcome to perform there any time in the future.