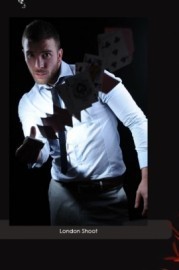 "More is a young, slick and very modern looking magician who breathes new energy into a craft which he soon proved to be a total master of". The Stage Newspaper
Request a Quote
Share this Page:
Profile Views: 1071
Report this profile

James More's reputation on the world magic scene has been growing rapidly since the illusionist took first prize in the national finals at the legendary Magic Circle, for their 'Youth Initiative Stage Competition'.
Some years later, following a number of awards in magical entertainment and celebrity bookings, James moved to London and struck a deal with the world's leading cruise ship entertainment agency.
The opportunity arose for the young artist to perform to four thousand people a night on the world's most prestigious liners. He travelled the globe with his show working for major c ... ompanies such as Royal Caribbean and Crystal Cruises.
Continuing this success James was asked to perform on international television. He appeared in over sixty countries on europe's premier variety television show, 'Le Plus Grand Cabaret du Monde'.
At twenty-two, he returned to britain and appeared on ITV's primetime entertainment extravaganza 'Fool Us'. Where he performed to Penn & Teller and Jonathan Ross on his ITV debut, this show aired on the 7th January 2011. Due to the success of this show it was later made into a series.
In 2012 James was signed to the Producers of the 'Dynamo' Tv series and performed on the closing show at the World Championships of Magic. 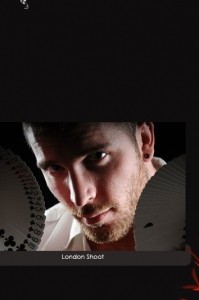 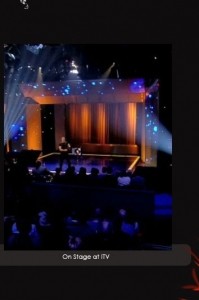 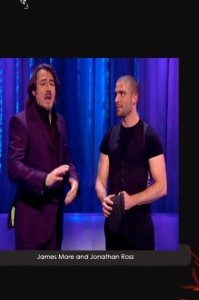 2012 saw James achieve a lifetime dream and close the F.I.S.M World Championships of Magic, to an international crowd of 3500!
In the summer of 2011 James performed his show on one of the worlds largest cruise ships, Royal Caribbean's Liberty of the seas, to a nightly audience of 3000 people. During his time in Europe, he was booked to perform in Australia on Crystal Cruses early 2012. Crystal have been voted the world's best large cruise company by the readers of "Travel and Leisure" magazine.
June-October 2011
In June, James performed at Bush Hall in west London for the Blackburn I ... nternational Entertainment showcase and recieved the following review in "The Stage" newspaper: "Combining dance and magic, James More is said to be high on the shopping lists of many bookers after a recent slice of valuable television exposure. The hot moves, sexy image and frankly amazing speed deflection techniques, all combine to make More the ultimate 21st century variety artist." - Mark Ritchie
June 2011
James was back in the UK filming a brand new primetime television extravaganza for ITV. On Fool Us, James performed alongside Jonathan Ross and world famous magic duo Penn and Teller. Due to the success of this one-off special Fool us, was later made into a series.
February 2011
In Feb 2011 James was invited to perform at the world's largest magic convention in the Blackpool opera house.
December 2010
Since Oct 2009 James has been working as one of the youngest guest entertainers for a variety of leading cruise companies including Princess and Royal Caribbean. These ships are home to state-of-the-art theatres that accomodate 2500 people.
Europe's Premier Variety Television Show
Le Plus Grand Caberet du Monde, (France2), Paris
"The Greatest Caberet in the World"
James travelled to Paris to perform his award-winning act on television. Europe's premier variety television show 'Le Plus Grand Caberet du Monde' aired to approximately 60 countries around the globe; Including France, Great Britain, Germany and Switzerland.
March 2009
Lakeside Country Club
Magic is coming to the Home of the World Darts Championships.
James performed to a full house of approximately 1000 people at this prestigious venue in the heart of surrey. He received rave reviews after his performance in the Gala Show at the Southern England magic convention.
"Delivered with lots of skill and panache."
Abra-Cadabra Magazine