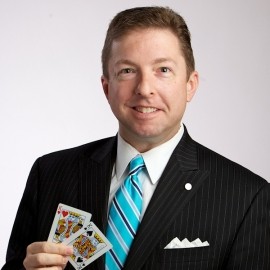 (no reviews)5.0
Country: United States
Based In: Atlanta, Georgia
Performs: Worldwide
From: Contact Joe for a quote

When contacting this member, please state that you are viewing their Entertainers Worldwide profile.
Request a Quote
Share this Page:
Profile Views: 920
Report this profile

Close-up, cabaret, or stage, award-winning performer Joe M. Turner delivers unreal magic and mentalism experiences that not only leave your audiences amazed, but also represent your brand with charm and professionalism. He can serve as a featured act as well as a Master of Ceremonies or meeting host.
Joe has performed for over ten years at the world-famous Magic Castle in Hollywood. He has also made multiple appearances at Monday Night Magic in New York, at Wizardz Orlando, and at the Chicago Magic Lounge. He has also performed on Crystal Cruises, at the London Palladium, and at hundreds of ... corporate, civic, and private events around the world.
Joe performs a variety of close-up and stage magic that is versatile enough to fit any space, from intimate rooms to large theaters. No animals, no complicated tech - just high-impact magic with a small technical footprint.
Contact Joe to find out how he can customize his acts to meet your specific needs.

Joe M. Turner is a professional speaker and corporate entertainer based in Atlanta, Georgia. An escaped management consultant turned magician and mentalist, Joe entertains at conferences, trade shows, corporate events, on cruise ships and at private parties across America and around the world.
Joe has appeared at the Magic Castle in Hollywood, Monday Night Magic in New York, the Chicago Magic Lounge, Wizardz Orlando, and at other venues across America, Europe, South America, Asia, and Australia. He has been seen on Good Morning America, Nightline, CNN Headline News, CNN Chile, and numerous ... other local, national, and international broadcasts.
Joe was a close-up performer in the Palladium Magic show at the London Palladium, and performs on Crystal Cruises as part of the acclaimed Magic Castle at Sea program. He has performed and lectured at numerous magical conferences and clubs, including the London Magic Circle, magic gatherings in Santiago and Buenos Aires, the Thailand Magic Extravaganza, and others.
Joe served as the 2015-2016 International President of the International Brotherhood of Magicians (I.B.M.). He's also a member of the Society of American Magicians, the Academy of Magical Arts, the Magic Circle (A.I.M.C.), MENSA, and the National Speakers Association. He has been voted Greater Atlanta Magician of the Year three times (2000, 2010, 2013) and has won multiple awards for both close-up and stage performance. He is also an accomplished pianist, composer, and vocalist.
Find Joe online at http://turnermagic.com, on Twitter at @turnermagic, and on Facebook at http://facebook.com/turnermagic.
Wikipedia: https://en.wikipedia.org/wiki/Joe_M._Turner 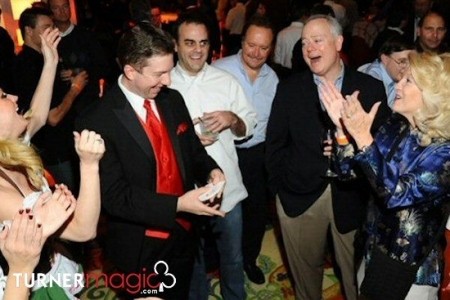 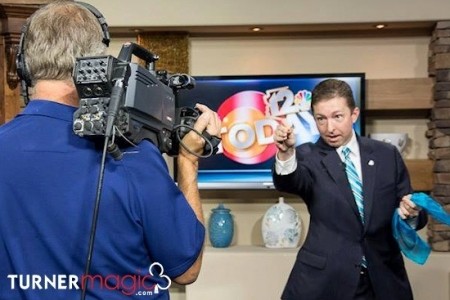 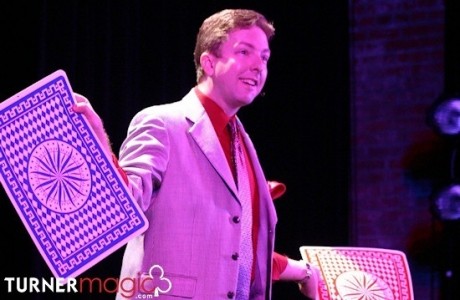 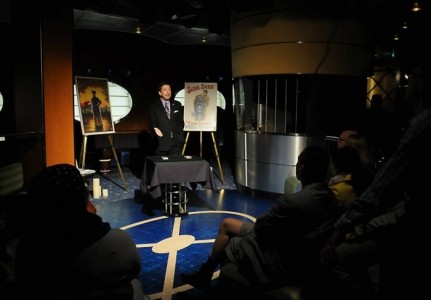 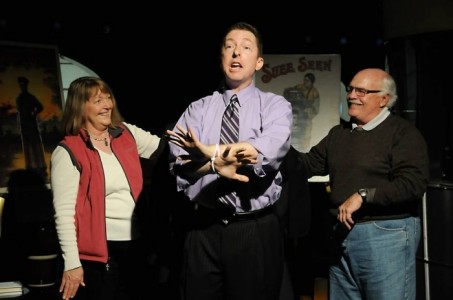 Joe has over 160 5-star reviews by past clients. See them here: https://goo.gl/FLs3Ha
Samples:
Joe was ABSOLUTELY AMAZING! He brought fun, sophisticated magic to our group and was funny and entertaining. We will definitely use him again in the future! All of his magic tricks make you wonder and believe. He is the BEST magician I have ever had the privilege of watching! He is a world class act! You will leave his shows in amazement!
-- Board meeting
Spectacular evening is what comes to mind when I think about Joe Turner. We were so fortunate to have found Joe for our year end en ... tertainment. From the moment I contacted Joe, his professionalism, communication and a enthusiasm was spot on. From the minute Joe walked in the room for his strolling performance , he had ever guest captivated, amused, and ready to see more. He did not disappoint, during and after his show, our guests were in awe. After the performance Joe mingled with every guest making them fell special, he is a true professional at his work. If you have the opportunity you need to see Joe in action.
-- Conference meeting planner
I just watched a full room of adults step out of reality and suspend their disbelief for the most magical evening. Joe's greatest magic trick was stealing the show and the hearts of his entire audience, as we all walked away with a sense of wonder and awe. Aside from performing magic, we had the opportunity to learn tools for sharpening our memory in a class like setting as well as joining him for a key note session to end our conference tying the magic to ways to better connect in our business relationships.
Expecting to be entertained and walking away with nuggets of insights that help me grow my business is priceless.
If you're looking for a speaker to entertain and engage your audience or offer value in delivering a meaningful message for your corporate setting- you just found your guy.
-- Conference organizer
We saw Joe at the Magic Castle in LA last night and he was AMAZING! He was so good at weaving a story through the illusions and completely blew our minds at the end. Great show and very entertaining!
-- Magic Castle patron
We caught Joe in L.A. at the Magic Castle and were truly blown away by his magic show. Joe is a very engaging entertainer and makes everyone feel like they were a part of the show. 5 stars!!!
-- Magic Castle patron