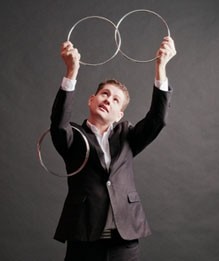 (no reviews)5.0
Country: Canada
Based In: British Columbia
Performs: Locally
From: Contact

Leif David's Adult Magic Show has wide appeal that's guaranteed to leave your guests talking! Convert the most skeptical of audiences into true believers with this 45 minute long magical presentation for your dinner party or banquet.
Although called an "adult" show, none of Leif's shows have crude or foul language. Watch as co-workers and attendee's join Leif David on stage personalizing the performance for your event. Leif David will never embarrass anyone nor will anyone be made to do anything they don't want to do. 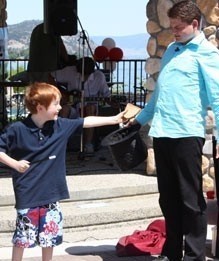 Leif David has been performing his magic show for over 18 years across British Columbia Canada including Kelowna, Penticton, Vancouver, Peachland, Kamloops, West Kelowna, and Vernon for thousands of audiences.