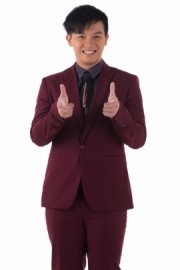 (no reviews)5.0
Country: Singapore
Based In: Singapore, Singapore
Performs: Worldwide
From: contact to enquire

When contacting this member, please state that you are viewing their Entertainers Worldwide profile.
Request a Quote
Share this Page:
Profile Views: 2787
Report this profile

Ming Da presents a fun, upbeat show that will keep audiences laughing and gasping in amazement. The show is designed for today’s sophisticated corporate audience with takes on classic magic and visual magic. This is the perfect combination of comedy and magic resulting in an intriguing experience like none other. The audience will also be actively involved throughout the entire performance and get to feel like the stars of the show.
The theme of your event, innovative ways to carry out lucky draws, prize presentations and introduction of VIPs may also be incorporated into the show under s ... pecial request.

Ming Da is an award-winning international Magician with a witty and fun-loving personality. He was the 1st runner-up of “Singapore’s 1st Street Magic Competition” organized by the Singapore Flyer in 2009 and also the winner of the “Audience’s Favourite Award”. In 2017, Ming Da was invited to compete in Asia’s biggest TV Magic Competition “The GrandMaster Asia” on SCTV, Indonesia, and emerged as a top 5 finalist.
Ming Da’s performances have been featured on Singapore’s media, such as Mediacorp channel U’s “Let’s Talk” and Sinema.sg’s online series “M For Mag ... ic”, and numerous printed media. He is also known as the “V.I.P magician” , performing for local artistes, delegates and high commissioners from around the world in Singapore, and celebrities such as football stars Ryan Giggs and Gary Neville. He has also developed contents and starred in his very own online magic series, “Black Magic”, through collaboration with JTV and J Team productions, executive produced by Singapore director Jack Neo. Ming Da is also the magic consultant for the 2018 Mediacorp LOVE97.2 FM Musical “Heroes”, devising solutions for the “Superhero powers” and choreography on stage.
As a performer, Ming Da has established himself as one of the fastest rising stars in Singapore magic and highly sought after by big corporations for their corporate and Gala events. He is also one of the busiest and best close up magicians in Singapore, working multiple residencies weekly.Ming Da’s experience goes beyond entertaining the local crowd. He was the first Singaporean magician to bring his one-man show to The Casablanca Variété Theatre in Amsterdam and the first international guest performer at the Amsterdam Magic Show. He is also the first Singaporean magician to perform at the prestigious Illusions Magic Bar in Bristol, UK and received raving reviews for his performances. Ming Da is also the youngest Singaporean magician to have done a performance tour in The United States of America, performing in major cities like Chicago, New York, Las Vegas and Los Angeles, entertaining audiences internationally. In 2019, he became the youngest Singaporean magician to headline at the Close up gallery at The Magic Castle in Hollywood, LA.
In 2017, Ming Da organised a series of formal close up shows “Magic After Hours” and “Cocktail Magic” to Singapore and received great reviews.
Witty, clever, engaging and supremely entertaining, Ming Da’s unique internationally-appealing performances can be presented effectively in English, Mandarin or bilingually.Whether it is an intimate surprise wedding, a fundraising benefit, a corporate party , networking session or a product launch: Ming Da’s participation will always enhance the experience and will never detract.
Ming Da is also a member of the International Brotherhood of Magicians Ring 115 (IBM Ring 115) in Singapore. 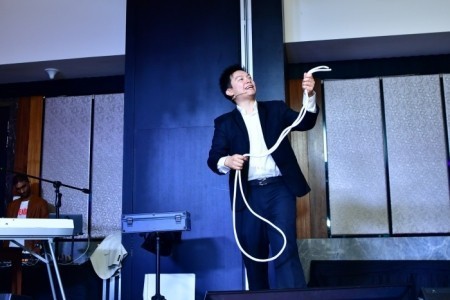 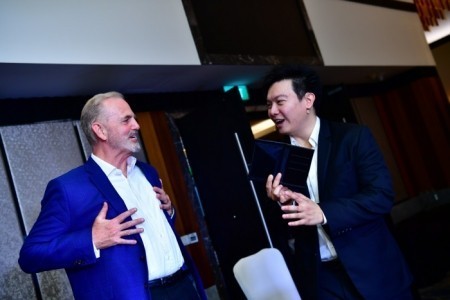 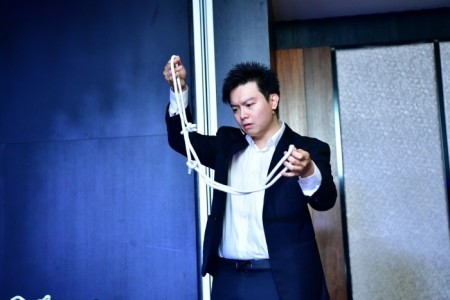 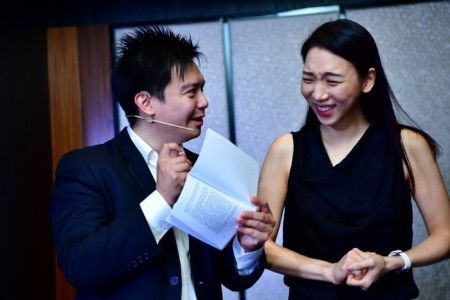 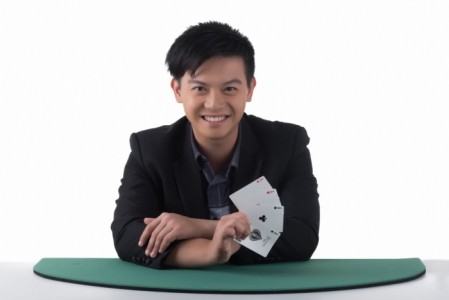 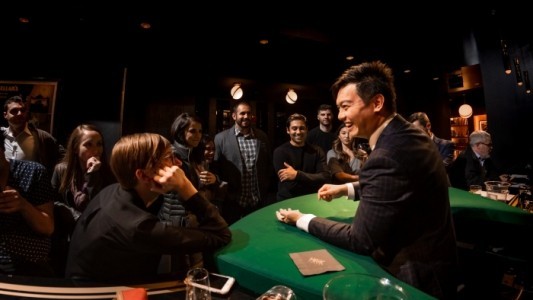 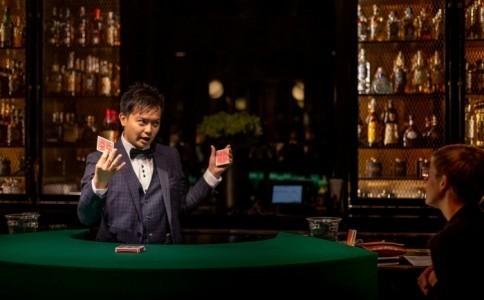 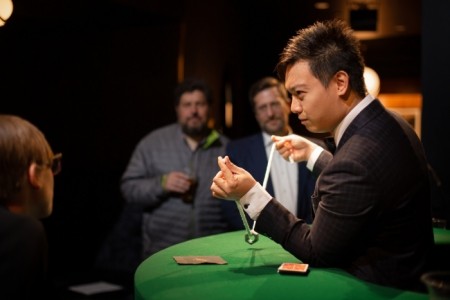 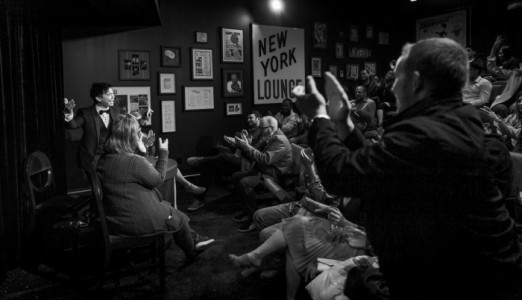 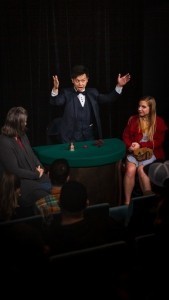 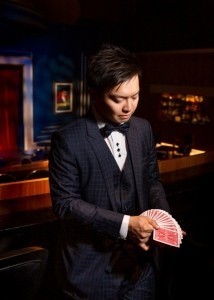 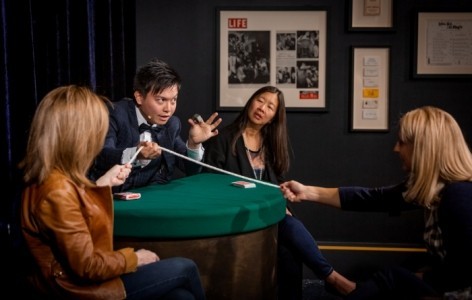 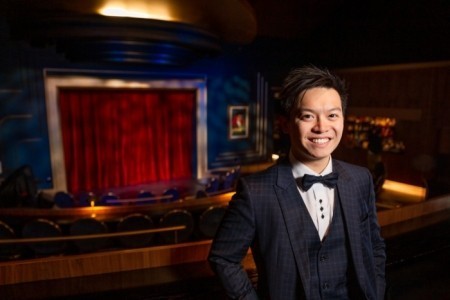 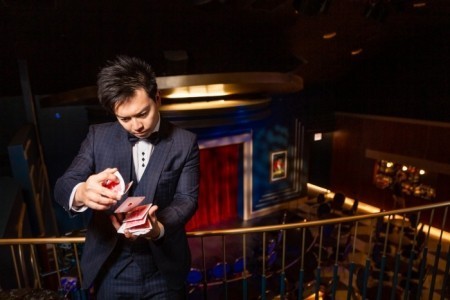 As we enter an increasingly virtual era, Ming Da’s customized, interactive magic shows are now available for all upscale events and engagements online. These shows are performed live on the video streaming platform of your choice, allowing him to interact with you and your guests in real-time. Professionally produced and broadcasted from Ming Da’s studio lounge, each show is designed to suit your online event requirements.

The high-quality productions carefully take into account the number of guests, the purpose of your affair and the memorable moments you want to create. Wry banter, masterful showmanship and incomparable magic skills have put Ming’s virtual performances in high-demand for the modern-day entertainment experience.