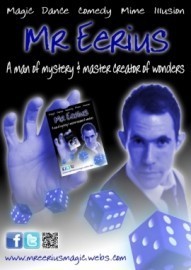 Imagine the quirky style of Willy Wonka & the passionate confidence of Michael Flatley's dance mixed together with the unique magical talents of David Copperfield - an unusual mix this makes, but it may bring you closer to a vision of.....Mr Eerius....
Mr Eerius prides himself on his unique and original show which sets him apart from all other speciality artists that are around today. Mr Eerius is a completely non patter act with no time fillers and no time wasting! The show is a colourful display of grand illusions, magical effects, and a sprinkling of perfectly polished dance. All set to ... a backdrop of powerful music for all ages to enjoy.
Mr Eerius was produced and choreographed by the makers of Celtic Storm, Martin & Kerry Jo Gardiner. With 6 years professionally touring their magic dance & illusion show and over 10 years in the entertainments industry, achieving many goals, they were ready for a new challenge....
to bring something completely new to the cabaret market, once again.
When you book Mr Eerius you can rest assured that you are getting the 100% professionalism and reputation for being hard working, friendly and dedicated that he consistently maintains.

I have taken part in numerous talent shows and showcase’s since the age of 10. This would consist of Impressions, song and mime. I have also had roles in the Verwood Pantomime at the Civic theatre, other productions include Grease, Blood Brothers and Street Cred to name but a few. In 2000 and 2001 I took major leads winning the ‘Best New Comedy Actor Award’ sponsored by Nat West Bank. I was involved in a warm up performance at a Peter Andre concert performing in front of 5000 people while working as a host for Brean Leisure Park, and whilst working at Brean, was spotted by a talent scout ... for Granada television. For the last 8 years I have worked professionally with my own touring shows as a magician, illusionist and dancer. Doing this I have performed in front of people young and old alike in theatres, cruise ships and holiday centres. I now tour the UK and Europe as Mr Eerius, whilst also running my own children’s entertainment business as Magic Martin. In 2012 I got down to the last 90 acts on Britain’s Got Talent but unfortunately had to pull out due to a previous contractual agreement. 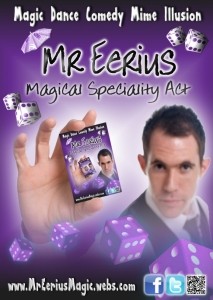 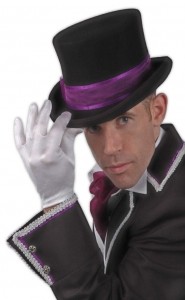 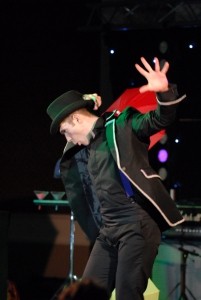 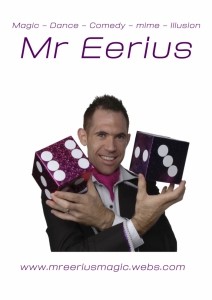 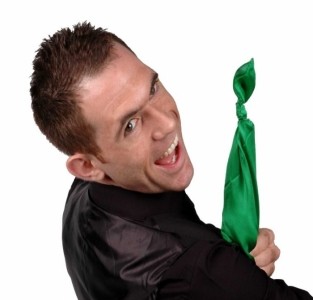 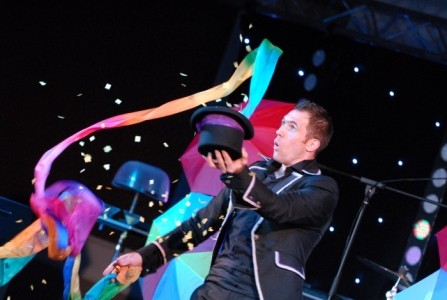 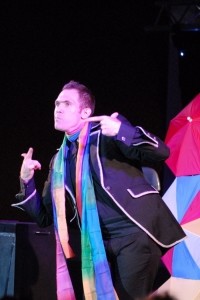 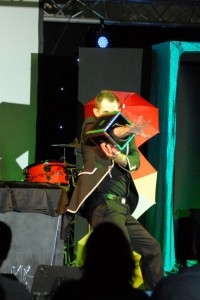 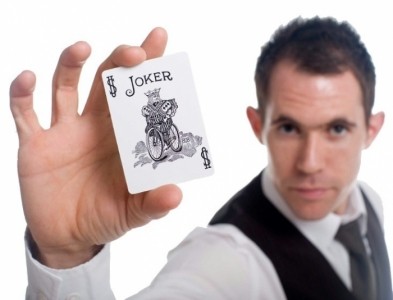 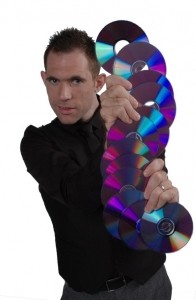 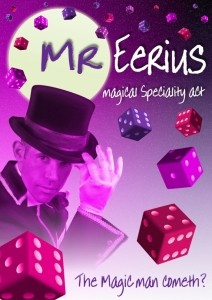 March 02 – November 02
Warner Holidays – Resident Entertainer – Thorsby Hall Hotel
Working in a 4 Star listed building; my duties included performing 4 times a week as part of the in-house production team. Here I also ran several activities, such as social dancing, fun casino, bingo, and line dancing. This role required constant PR work and a strong ability to relate to and understand people’s needs of all ages. Here I designed and made numerous props and sets.
November 02 – July 03
Warner Holidays – Resident Entertainer – Bembridge Coast
Here my job included hosting and c ... ompering evenings and co-producing shows. I also designed and made all stage sets and props. I was the lead vocalist in the in-house production shows.
August 03 – January 04
Dolphin Holidays – Entertainments Manager – Tencreek
Here I managed a team of 4. My position included the day-to-day running of the venue. Booking live acts and producing shows, organising events, rotas and programmes were a large part of my job. I also dealt with departmental budgets, figures and targets.
February 04 – November 04
Holiday Resort Unity – Resident Host/Compere – Brean
Here I rotated in 3 different entertainment venues, organising and running the evening entertainment. This included children’s games, adult game shows and cabaret shows.
November 04 – November 05
Celtic Storm Magic Dance & Illusion Show – Wheeltappers and Shunters Venue - Benidorm
Here we (myself and my wife) worked 7 nights a week performing our brand new magic act in front of holiday makers visiting Spain. We were lucky enough to share the stage with comedy greats such as Mick Miller, Stan Boardman, Mike Read & Frank Carson to name but a few.
November 05 – November 2010/Present
Celtic Storm - Magic Dance & Illusion Show –Touring show – UK, P&O & Brittany Ferries
After returning from Benidorm we worked at sea with P&O cruises & Brittany Ferries. The show also extensively tours the UK holiday parks and hotels. We still Perform as Celtic Storm just not full time anymore as we now have a family. Some of my contracts would include doing close up magic which I can provide.
November 2010 – Present
Mr Eerius - Magical Speciality Act – Touring Show / Magic Martin – Children’s Entertainer & Magician
With the arrival of an addition to our family we produced a solo show, which I perform at sea and at holiday parks and hotels across the UK. For the last 2 Christmas’ I have provided a touch of magic to the pantomime at the Pavilion Theatre Exmouth. Over the last few years I have also put together a children’s party business and its going from strength to strength performing magic shows, telling jokes, silly dances, face painting, balloon modelling and much more! I am Magic Martin by day and Mr Eerius by night!