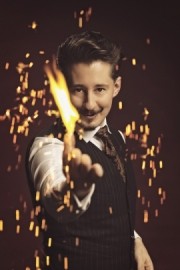 Are you looking for something extraordinary and classy to entertain and inspire your guests? How about a two-time Dutch champion of magic - Rafael Scholten? unique acts that I performed also at the "Festival Internationale du Cirque de MONTE-CARLO".
Request a Quote
Share this Page:
Profile Views: 134
Report this profile

-PARLOUR SHOW 10-60 min
In his stage show Rafael lets you take a look into his brain, his world where everyone wears a top hat and everything is possible. He lets a orangetree grow and blossom in seconds, and objects from the audience move to an impossible location, cards materialize and your thoughts are no secret. Rafael even explains a trick!! Stage shows are Rafael's specialty. He presents a wonderful act with unique tricks and stories of 5 to 60 minutes in which you which you will laugh and be amazed.
-CLOSE UP MAGIC
Rafael walks around between your guests, at tables during your dinn ... er, company party, wedding etc. and surprises them with smaller close up acts, including cards, Mentalism, fire, coins and maybe your watch. This is an interactive form of magic entertainment, small items that a large response and where your guests will talk about for a long time.
Volkskrant : "Rafael has a small-scale magic act with balls, cards, flowers and fire that is so staggering that he holds a big room in his grasp. Scholten has the classic class of Dutch magic icon Fred Kaps and a fine cheeky look in the eyes! "
-CABARET/ VARIETY ACTS:
"THE ROSE ACT" Classic stage manipulation!
This is a unique stage act of international level. Simple objects like a yellow ball, cards and roses form the basis of this spectacular act. The act ends with a storm of rose leaves that appears out of his hand. This form of magic is called manipulation. It is the purest form of magic and requires years of training. Rafael has received many prizes for this act. A.O. at the Monte-Carlo Circus festival. He also became Dutch champion twice.
-TAPDANCE-MAGICIAN great gatsby style act:
"If Ginger Rogers and Houdini had a child, this is the act he would do!"
Looking for more than just an average magic act, Rafael is specialized in theatrical act in which he combines the glamour and class of Hollywood tap dancers like Fred Astair and Gene Kelly with modern magic!
-MAGIC CONSULTANT
If you have wishes or ideas of your own, want a magical aspect in your performance or a combination of the above, this is possible in consultation. Rafael can also make a person, gift or logo appear. Rafael is accustomed to solving great magical problems under time pressure for live shows, act coaching, TV and film. 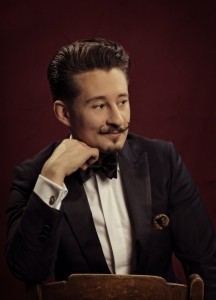 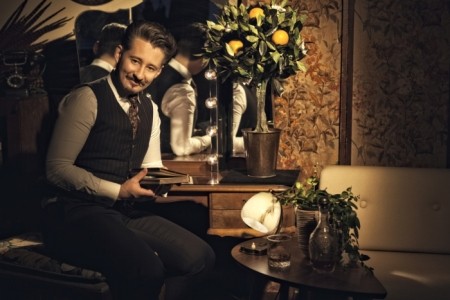 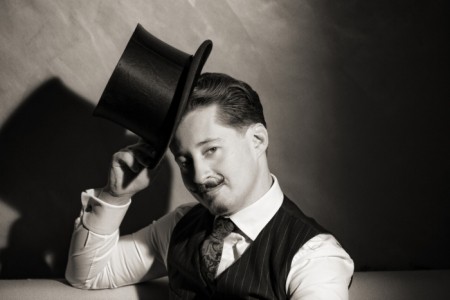 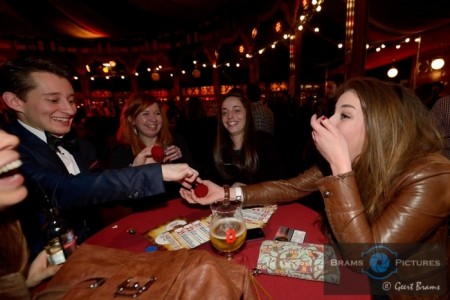 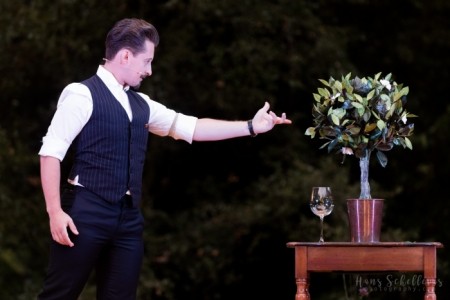 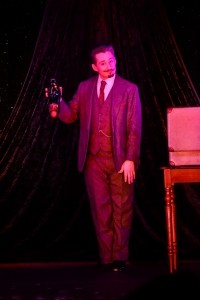 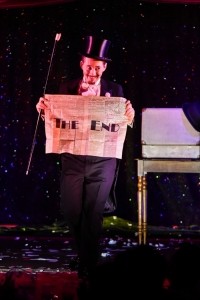 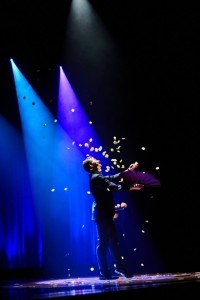 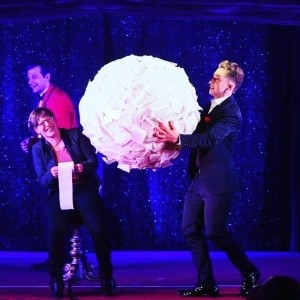 Rafael Scholten (1993) is an enthusiastic and enchanting performer. He has developed a style that is both modern and classic. Not for nothing, Rafael has won several international awards over the years, including at the prestigious Circus Festival of Monte-Carlo.
The Jury Prize and "Prix Special club Amici del Circo", International Circus Festival of Monte Carlo, MC
Audience Award in Winter Circus Martin Hanson, NL
2x Dutch Champion Magic, NL
Junior Master of Magic Award, NL
2nd European Hans Clock Trophy, NL
Preis des variety Neues Theater, European Youth Circus, the
From ... an early age, Rafael has been preoccupied with various performing arts including circus, theatre and acting. He fell under the spell of magic when he was given a book of magic at the age of 10. It quickly became clear to him that he wanted to make magic his career. After graduating from secondary school, he devoted all of his time to becoming a successful magician. Besides refining his techniques and his very own style of performing, Rafael has been taking acting classes and dance classes. Much has been said about him but actually no words are needed, the advice :
Go and see it, experience it and let yourself be amazed.

Multiple shoots for own marketing campains.

Hello dear reader, theater and arts where in my life since my earlyest memory.
I love to read biography's from artists like Fred Astair and Sammy Davis jr. wishing I lived in vaudeville times ;)
I worked for a few years as stage hand to illusionist Christian Farla, I learned a lot there!
Magic is my passion, my greatest motivation in life. Every day I try to find new and creative ways, acts, tricks and stories to make my audience dream for a moment. As a professional magician I am challenged with every new project to think creatively, get better and be the best version of myself. I want ... to share this passion with you! Contact us and we will create a show that is memorable and spectacular but above all magical.

I can perform online magic like in a TV talkshow. Spectacular flashy and interactive. 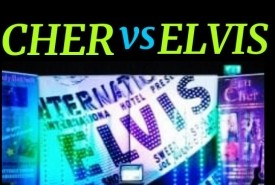