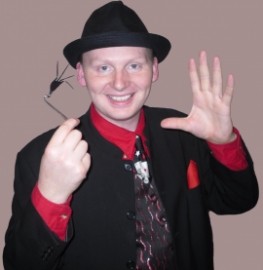 (no reviews)5.0
Country: United Kingdom
Based In: Cheshire, North of England
Performs: Worldwide
From: Contact

I offer a variety of different magic shows for children and adults. My "Lips are Sealed" show is a silent 50 minute magic performance suitable for all audiences.
: 0161 286 XXXX Click here to reveal
full number

When contacting this member, please state that you are viewing their Entertainers Worldwide profile.
Request a Quote
Share this Page:
Profile Views: 417
Report this profile

I offer numerous cabaret magic & puppet shows that cater for children, teenagers and adults. This year I am performing a 50 minute silent show (with background music) that is a visual feast for the eyes with effects where stars vanish and rabbits appear. Cultery bends and rings change colour. I pick the best tricks for the audinece watching so if there are lots of children I have an effect where they guess animal silhouettes. And if there are lots of adults I have an arm chopper illusions I perform instead.
I also have four 45-minute children's shows, and two 45 minute adult cabaret shows. ... Along with several talks / lectures on a variety of subjects including magic, carnival games and writing.

I have been a professional performer for over twenty years, performing approximately 200 shows each year. I was featured on Britians Got Talent in 2012, performed for P&O cruise lines in 2011 and ran a magic camp in 2008.
I have written twenty books and produced over 30 educational DVDs that are sold in stores around the world, including Amazon.
I host my own web series on YouTube that currently has over 200 episodes.
I have a BA (Hons) and Masters degree in Television Production, and a Graduate Diploma in High School Teaching. 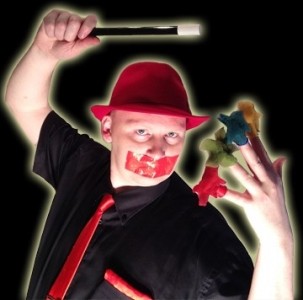 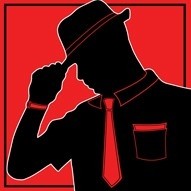 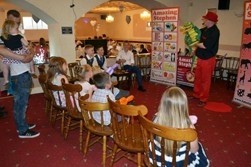 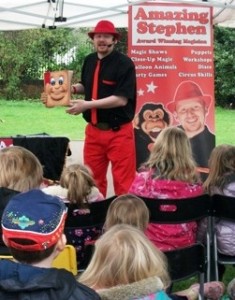 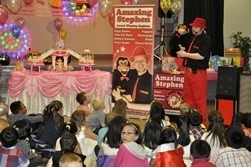 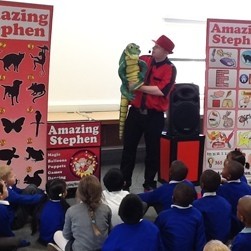 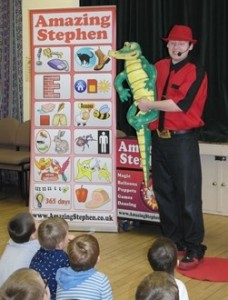 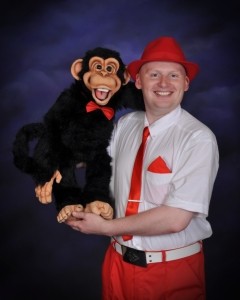 I perform approximatly 200 shows each year, usually for private clients.
In 2013 I was the warmup act for a children's television series.
In 2010 and 2012 I was the Close-up magician of the year for the North West.
In 2011 I was the children's guest entertainer on P&O Azura & Aurora.
In 2008 I ran a magic lessons at an American summer camp for ten weeks.
In 2007 and 2008 I was the Cabaret Magician of the year for Manchester.
In 2003 I worked on Britney Ferries as the guest magician for two week. 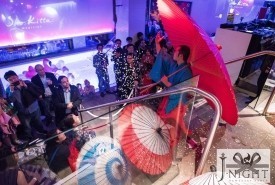 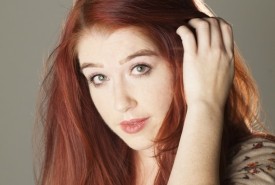 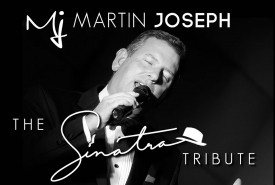