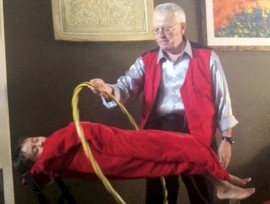 There is a shortage of laughter in today's world. Watch the news, read a paper, check the Internet, and you soon want some kind of escape. For the past 17 years this is what I have been providing from coast to coast, on a cruise ship, and even in Europe. Magic and illusion has a universal appeal, but when combined with humor it is a great way to forget the unpleasant things and indulge in something positive.
Our magical performance has been honed from years in front of numerous audiences. We know what works and what does not. Our stage performances are filled with illusons and effects ... which entertain. We are equally comfortable at a table-side or strolling through a crowd.
Adult audiences appreciate a certain kind of magic performanc and humor and it is quite different from a performance for young children. We have mastered both.
When we hear comments like: "You have made my day", or "my face hurts from laughing so hard" we know we have achieved our goal of enteraining and making someone's day truly "magic"

Born in Great Barrington, Massachusetts and raised in a rural area, Charlie developed many hobbies while still in high school. A magic kit ignited the spark at Christmas at the age of 8, and an ongoing interest continued throughout his high school years. He read many magic books, watched his favorite magician Mark Wilson on television, and made many trips to New York City to purchase magic from the Tannen brothers. He performed at parties and other social events.
After graduating from Rochester Institute of Technology in Rochester, New York with a B.S. degree, he entered the United States ... Army as a Private soldier. Three years later he returned from Vietnam as a First Lieutenant. He then initiated a career in the printing industry. Years later he was employed in the telecommunications industry—the last eight years at Roseville Telephone Company (Surewest Communications).
Today, Charlie is a full time professional magician performing at churches, Sunday school classes, service clubs, retirement facilities, schools, businesses, company picnics, day care centers, theaters, and many private parties. He has appeared on Cable Television, and has had feature articles written about him. He has also written two books on magic and illusion.
He is active in the International Brotherhood of Magicians and the Society of American Magicians. He has won magic performance awards from these organizations, but he says that the greatest reward or award of all is when he hears the comment "You made my day" following one of his performances.
Charlie Fass (Mister Illusion) resides in Roseville, California and is married to Barb whom he met in college. Barb adds much to the performances as assistant and choreographer. He has two daughters, Wendy and Julie, who are married and also live in California. Both his daughters have also appeared with him as part of his stage illusions to include being levitated in “thin air.” 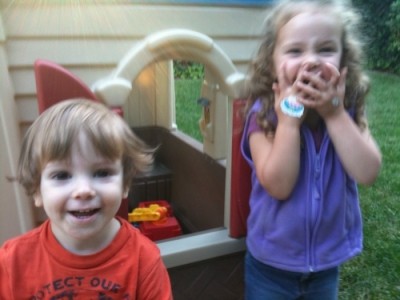 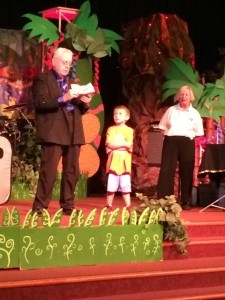 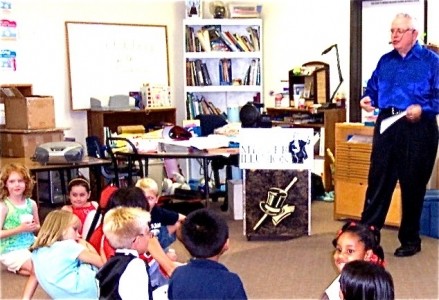 Mister Illusion - Children's / Kid's Magician - Sacramento, California Event Location: California Event Type: Party 25th January 2020
If you’re looking for an Amazing Magician then look no further :) Mr. Illusion is always a blast and is full of life. He aims to please, for all your party needs. If it’s Strolling Magic or a Stage Performance for the masses you are looking for, then Mr. Illusion is the one you! He is the 1st person I call every time I need a Great Magician to make my parties Amazing!!
Reviewed by: Paul Tobias
Mister Illusion - Children's / Kid's Magician - Sacramento, California Event Location: CA Event Type: Birthday Party 4th January 2020
Mister Illusion is everything you could want in a magician. He is super entertaining, the tricks are all amazing - and the act is truly funny!! Seriously - check him out. You won't be disappointed!!
Reviewed by: Kenneth Fass

Seventeen years as a professional magician. The last seven years working full time as a magician. Performed as a guest magician on NCL Cruise ship to Alaska. Performed in Bad Reichenhall, Germany. Performed from coast to coast to include New York, Las Vegas, and San Francisco. Perfected performances for hundreds of shows for adults, children, as well as mixed age audiences 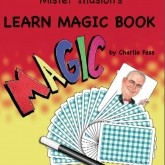 
40 page book of illustrated magic and performance instruction for all ages. Ships in 3 days