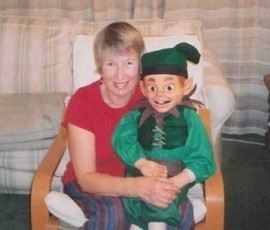 The shows have original story lines, ranging from simple tales for the very young to exciting three or four scene plays for the oldest age groups. There are about eight puppets in each show. Based in London she is available to perform at Children's Parties, Weddings etc
Request a Quote
Share this Page:
Profile Views: 837
Report this profile 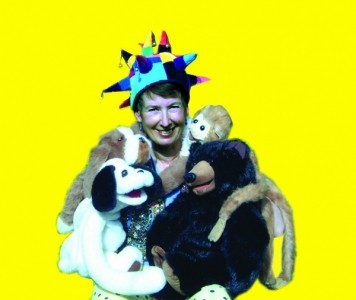 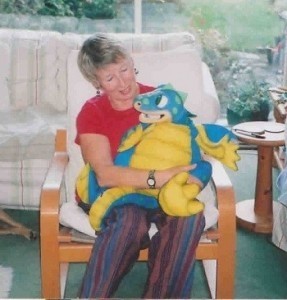 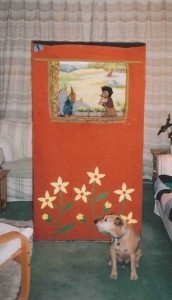 I have over twenty years experience performing shows and entertaining children.

“ Just a quick note to thank you so much for entertaining everyone at the children’s party. Everyone was gripped. Your puppet show was brilliant, as were the games and magic. Thank you for coming all that way and making it a wonderful and very memorable party.”
Eugenie – Chelsea. Party children - 1-3 year olds
“I just wanted to say thank you for the lovely puppet show last Saturday. Everyone said it was fabulous and the children ( and adults) were kept entertained the whole time.”
Gloria – Crouch End. Party children – 6/7 year olds.
“ Thank you ... for a wonderful puppet show. It was such a wonderful show and the magic was fantastic"
Silke – January 2013 (Maida Vale). Party children – 4/5 year olds.
"Lia had a really lovely party thanks to you and your wonderful puppets. Your stories are always so captivating, the girls had a lovely time.
Silke again - January 2015. Party children – 6/7 year olds.
One of my favourite thank you emails in 2014 – "Just wanted to thank you for your wonderful puppet show for the twins party yesterday. It was enjoyed by all and both my children have been talking about it as the highlight of their birthday, especially the little green pixie!"
Kalpa (Muswell Hill) Boy and girl twins, aged five.

I am C.R.B. checked and insured.

Children’s Birthday Party Entertainment Ideas
There are plenty of Children's Entertainers available that cater birthday parties – some more unusual than others so we’ve put together this little guide with a few suggestions ...
Read More
Entertainment Ideas for Toddlers Birthday Parties
Young children and toddlers can be quite a difficult age to organise a birthday party for. Here at www.EntertainersWorldwide.com we thought a useful guide for our recommended ...
Read More
Keeping Children Entertained During Wedding Receptions
When planning your wedding, you might be faced with that difficult decision of whether children will be invited to their wedding day. Many couples choose to keep their big ...
Read More
Types of Puppetry Entertainment Available
Puppetry used to be a very common form of entertainment with the beach-side Punch and Judy shows that were very entertaining during the summer holidays.  Nowadays puppetry ...
Read More
15 Unusual Wedding Reception Ideas
Planning your wedding is an exciting and busy time and sometimes it can be quite easy to overlook planning the wedding reception entertainment, especially if you are taking ...
Read More
8 Ways To Keep Children Happy At Your Next Event
Are you planning an event, perhaps a birthday party or your wedding and are a little worried about keeping children entertained on your big day? Worry no more as here at www.EntertainersWorldwide.com ...
Read More
Keeping Children Entertained at 1st Birthday Parties
We can imagine the excitement of planning a 1st birthday party for your little bundle of joy… and you are likely to be inviting plenty of guests including children of all ...
Read More
10 Popular Wedding Entertainment Ideas
When it comes to planning your wedding, things can get a little stressful.  We can help alleviate some of that stress by helping you when it comes to choosing the right wedding ...
Read More
Looking for a different type of entertainment? Search NowContact Us